Chhavi Mittal is surely a super-mommy who has been setting major motherhood goals. On October 30, 2019, Chhavi took to her Instagram handle and shared a cute pool picture with her two munchkins.

God could not be everywhere, and therefore he made mothers – truly quoted by Rudyard Kipling, mothers are the best gift of God and a mother is the only one who goes to any extent for her child. She is the only person in this world for whom, nothing else matters but her child. She could take up any war, any pain for the sake of her child. Motherhood comes with lots of responsibilities but the moment you hold your tiny one, everything else comes to a standstill! From cherishing the nine months to finally seeing your tiny version, motherhood surely transforms everything. (Also Read: Hiten Tejwani And Gauri Pradhan's Debut Serial 'Kutumb' Completes 18 Years, Hiten Posts A Lovely Pic)

Chhavi Mittal, who experienced motherhood for the second time, has gone through all these emotions when she gave birth to Arham Hussein. Chhavi, who married Mohit Hussein, completed their family when they welcomed their son Arham on May 13, 2019. Chhavi and Mohit are the proud parents to two kids, Areeza Hussein and Arham Hussein. Chhavi is an inspiration to many mothers who took her newborn to office in less than a month of her delivery! On October 30, 2019, Chhavi took to her Instagram handle to share a lovely picture of her kids in a pool. It was the first time that Chhavi had taken her son, Arham to a pool and the three looked adorable. She also captioned the picture as “Yesterday was a fun day when this cutie @arhamhussein experienced a pool for the first time. Joined by sis @areezahussein , he totally loved it! Giggling and kicking away! And it was therapeutic to watch the two babies bond with each other while I also enjoyed 3 days off in a row after I think 7 whole years, with literally no agenda! Today though is another day when I'm experiencing monday blues for the first time in my life! Who else resumes work today after a much deserved #diwali break? #swimmingwithmybabies.” 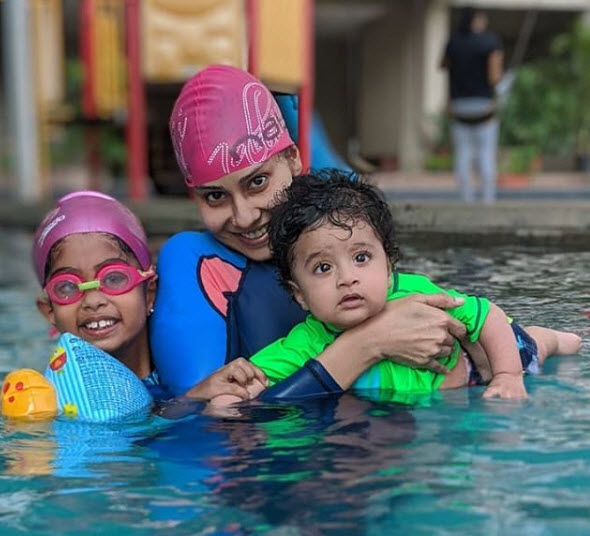 Chhavi Mittal has been giving major fitness goals to all the mommies out there with her post-pregnancy weight loss. The actress, who had gained 12-15 kgs during her pregnancy managed to shed those extra kgs with her dedicated workout routine in a very short span of time. Chhavi had taken to her Instagram handle and wrote “POST PREGNANCY WEIGHT LOSS. I have been bombarded with questions related to weight loss post-pregnancy. The inbox is flooded, the comment section is flooded and hence here I am sharing whatever little I know in this regard. Firstly, I have NOT lost the weight this soon, like most of you have commented. I had put on approximately 12-15 kgs during pregnancy.” (Also Read: Neha Kakkar, Sonu And Tony Pose For A Naughty 'Pull Your Brother's Ears' Picture On Bhai Dooj) 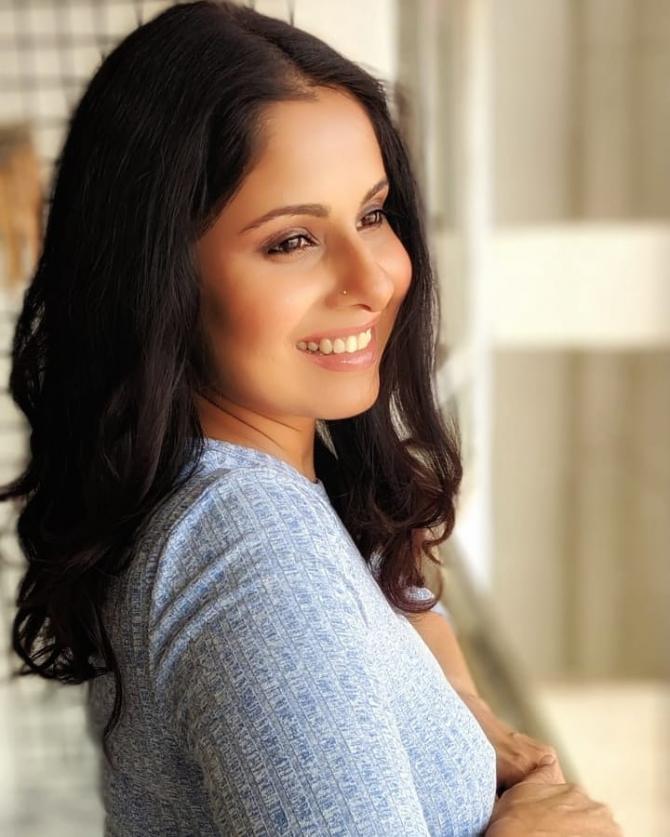 She had also shared that how she never kept a track on her weight loss and had further revealed, “I didn't really keep a track of how much since I felt that was not of primary importance as long as the baby's weight in the womb was growing steadily. And now that the baby is out, I still have about 6-8 kgs to lose to get into my pre-pregnancy jeans. Secondly, I'm still BFing and cannot "watch" what I eat since I simply feel ravenous when I feed Arham! Also, it's not right at this point.” 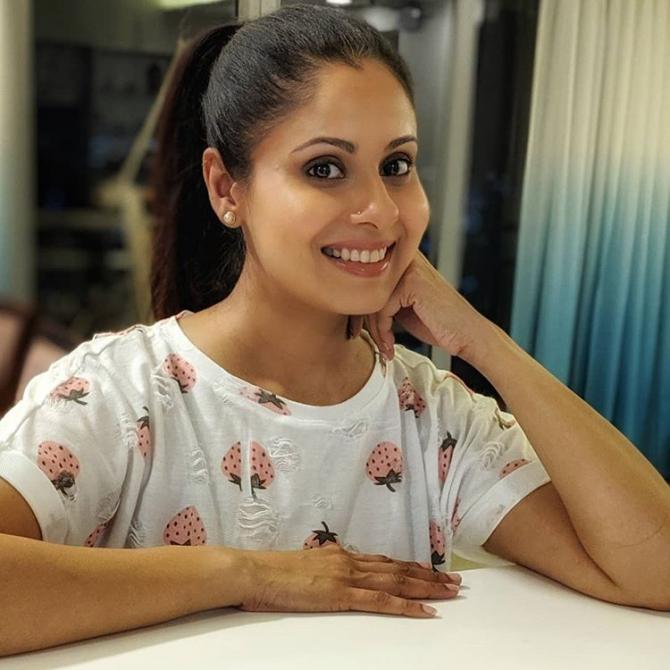 On July 12, 2019, Chhavi Mittal had taken to her Instagram handle and penned an emotional note for her son, Arham. Chhavi thanked her little one for turning up and cooperating throughout one of the shoots for SIT, which had lasted for 12 hours. She also had gotten excited seeing her tiny cotton ball giving 20 different reactions in a span of 5 mins. Now, isn’t it cute? (Also Read: Sania Mirza Shares A 'Just-Born' Smiling Picture Of Izhaan Mirza Malik On His First Birthday) 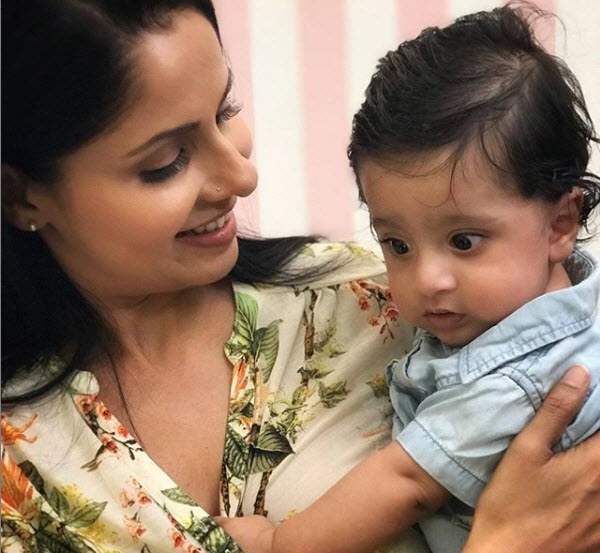 Arham and Areeza look too cute with their mommy in a pool, isn't it? When a couple plans to complete their family by embracing parenthood again, the major concern remains how will their firstborn react to the second baby. While the little one is still learning and exploring his existence in the world, he/she is promoted to being an elder sibling. But when the