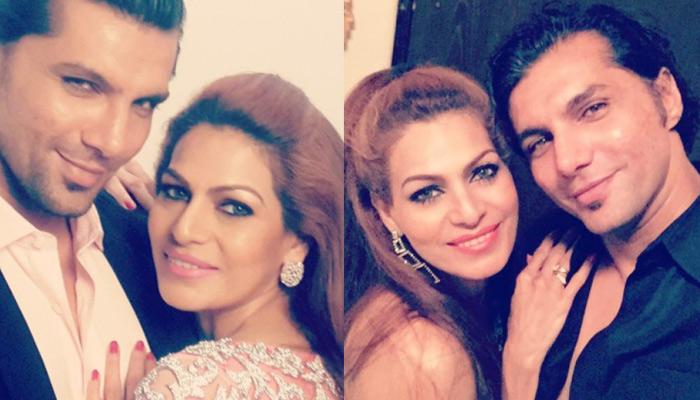 He loves to play a baddie on small screen as well as on silver screen. His grey shade characters are loved by all. His tall and buffed physique can make anyone envious of him. Not only in showbiz but he is even a popular face in modelling world.

In fact, he was the second runner-up in Gladrags Manhunt Contest and won the Best Physique award in the contest. He got his first major break with Kahaani Ghar Ghar Kii, where he portrayed the charter of Sasha. Yes, he is none other than Chetan Hansraj. But, many of you might not know the romantic and fun story of how he met his beautiful wife Lavania. Want to know his love story? Then, here you go. 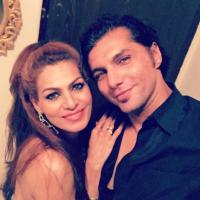 You might have seen in many movies that a hero walks in a club, meets a beautiful girl, they both click instantly, then one meeting leads to another and before they know they are in love and ready to be hooked for life. End result, a happy, blissful and love filled married life. And this is exactly what happened with our showbiz hero Chetan. 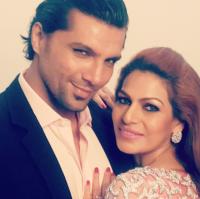 It was in the club that he met one of his old acquaintance who was accompanied by Lavania, and rest is history. Soon, sparks flied and they were attracted towards each other. Recalling their pehli mulakat, Chetan said:

“At the club I spotted an old friend of mine. Lavania was with that friend. I got talking to them and with Lavania too and we all got along like a house on fire. After sometime a girl came next to me and said hello. And suddenly Lavania told me to go and hang out with her. I was a little taken aback with her response. But somehow that was the first sign that she really liked me.” 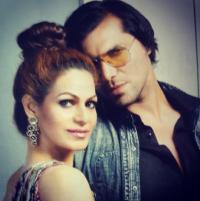 After the first meeting, Lavania dropped Chetan home with a promise to meet on Sunday for dinner. But like the most men, Chetan forgot about the plan and ended up saying sorry before going out with her. Telling about that funny incident, the actor said:

“I used to play cricket then and Sundays were no exception. After the game I was dog tired and went home. Suddenly I got a call from her and realised that I conveniently forgot about the dinner plan. I apologised and we went for our first date.” 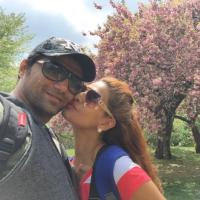 And then one party led to another and they ended up spending more and more time with each other and their friendship bond got stronger day by day. Although, it was clear that Lavania had some feelings for Chetan right after the first meeting, but for our star it was just a friendship. But soon one night while clubbing, Chetan realised that he was in love with this lady.

“Lavania met an old friend and got talking. I found myself getting very jealous. I realised what I felt for her was more than friendship and we actually had our first fight,”

Soon after, he confessed his love to Lavania with a ring made out of aluminium foil! Yes, you read it right. Since the actor was struggling in his career he could not afford a diamond ring, so he told his true feelings to his lady love with an aluminium foil ring in his hand. And to his surprise Lavania was over the moon with such a sweet gesture. Talking about his sweet proposal, Chetan gushed:

“I made a ring out of silver foil and gave it to her. Tears were rolling down her cheeks and she told me that it meant more than a real ring.”

Marriage and after life 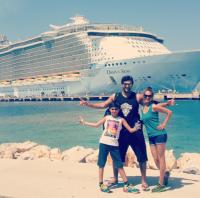 In 2004, the love birds decided to get hitched and after the consent from their parents, the much-in-love couple got booked for life on 12 December 2004. And after two-years of marriage, they welcomed their son Ethan with joy as he completed their family. Talking about the ecstatic moment, Chetan said:

“When a child comes into your life, you sort of ‘lose’ your wife to the child since all her attention is on him. But at the end it’s a beautiful feeling. Having a family — a loving wife and adorable son is nothing short of eternal happiness”

And taking about her journey with his man Chetan, Lavania also shared the same feelings:

“From lovers to husband and wife, our relationship has evolved over time. And it’s a beautiful evolution.” 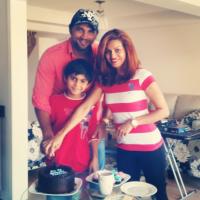 So, didn’t Chetan and Lavania love story seemed to be right out of a romantic movie? We bet it did. What to do you think about this couple’s adorable love saga? Do share your comment with us. And for Chetan and Lavania, we wish then life full of happiness, love and prosperity.

NEXT READ: Married For 8 Yrs, Ali Zafar And Ayesha Were Once Kidnapped And Paid Rs. 2.5 Million As Ransom 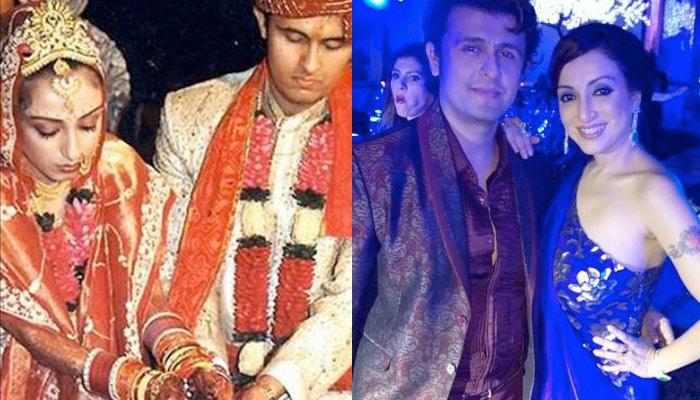 A good love story always touches your heart. Two people falling in love and facing every obstacle that comes their way without breaking up, always makes for a beautiful story. Speaking of beautiful stories, this one is about the talented singer Sonu Nigam and his wife, Madhurima. As we said, a good