With an array of firsts happening in Rajeev Sen and Charu Asopa Sen’s life after marriage, Durga Puja too, holds a special significance this time for the newly-married couple. While the nation has been waiting with bated breath for Sushmita Sen’s wedding announcement with her beau, Rohman Shawl, ever since they had made their relationship official, she surprised everyone with her brother, Rajeev Sen’s wedding announcement with his ladylove, Charu Asopa. On June 16, 2019, Charu and Rajeev had walked down the aisle together in a lavish destination wedding in Goa amidst family and friends. After a court marriage, Rajeev and Charu became Mr and Mrs as per Bengali and Rajasthani rituals. (Also Read: Unseen Pics Of Aishwarya Rai Bachchan's Godh Bharai, Amitabh-Jaya Bachchan Shower Love And Blessings)

When Rajeev Sen and Charu Asopa Sen had returned from Goa after their wedding, the Sen family had performed the griha pravesh rituals to welcome their newly-wedded bahu. The nayi naveli dulhan was welcomed in the Sen family following the Bou Baran rituals which includes aarti, Ululudhvani in the background made by the ladies in the family and the bride stepping into a large plate containing lac dye (red in colour) and milk, and enters the new house leaving colourful footprints on the floor. Charu was welcomed in Rajeev’s family in the most loving way and was showered with warmth and endearment.

With an array of firsts happening in Rajeev Sen and Charu Asopa Sen’s life after marriage, Durga Puja too, holds a special significance this time for the newly-married couple. Being married in a Bengali family, Charu is making the most of the Durga Puja as Mrs Sen. Giving a glimpse of her first Durga Puja look as Mrs Sen, Charu shared pictures of herself dressed in a red and cream coloured saree with bangles and sindoor accentuating her attire. Charu makes for a perfect Bong bahu for her first Durga Puja after marriage. 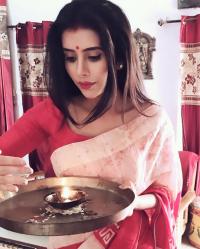 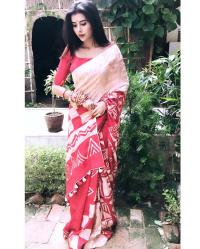 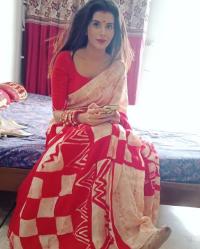 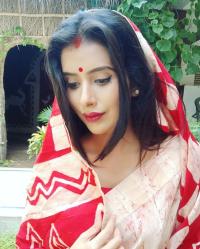 A few days back, Charu Asopa Sen had posted a twinning picture with her mother-in-law, Subhra Sen and it was clicked by none other than her ‘world’s most amazing husband’, Rajeev Sen. Charu and her mother-in-law could be seen twinning in white and the way they had posed together, speaks a thousand words! Another picture that Charu had posted from her engagement ceremony had her giving a tight hug to her mother-in-law. She had captioned the beautiful picture as “With your appearance in my life, I never again laugh at jokes about mother-in-law. God gave me one more mother. I wish your soul to sing, and eyes to shine with happiness and love. Love u mamma.” (Also Read: Charu Asopa Overjoyed By The Welcome Gesture While Visiting Parents For First Time After Wedding) 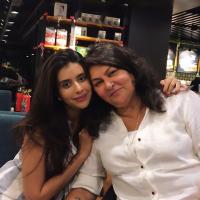 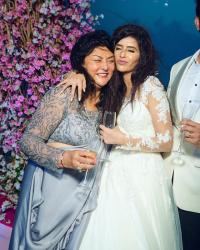 For the wedding, Charu Asopa was a visual treat in her red lehenga which she had paired with a heavy traditional necklace, a nose ring and a matha patti, while her groom, Rajeev Sen had looked royal in a white ensemble with a royal safa tied on his head and a red shawl thrown away stylishly around one of his arms. Charu and Rajeev had sported same outfits for their Bengali wedding too, accentuating it with topor and mukoot. 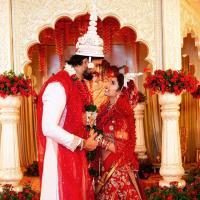 Rajeev Sen and Charu Asopa Sen, on their wedding, looked like a match straight out of heaven but do you know if it was love at first sight for them or not? In an interview with the Bombay Times, Charu had earlier stated, "After our first meeting, we had decided to catch up again over coffee, but I left for my hometown, Bikaner. I was on a much-needed break after my show, Jiji Maa, ended. In fact, I hadn’t decided when to return. However, as luck would have it, I was offered KarnSangini and had to report on the set the very next day. I texted Rajeev from the set and told him that we could meet for coffee. I had assumed that the meeting would end in half an hour. However, we went on talking for hours until I told him that I had to leave as I had an early call time the next day. We started chatting, spending time together and the rest, as they say, is history. I don’t know if I can call it love at first sight, but it looks like that.” 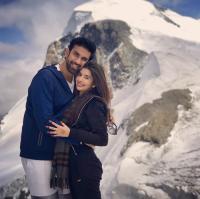 What is that one thing that Rajeev Sen and Charu Asopa Sen adore about each other? Charu had remarked, "Rajeev is good-looking and honest. He is more romantic among the two of us. Also, he pampers me and takes care of me. He feels that I am real, simple and without any facade.” Further sharing interesting insights about their relationship, Charu had continued, “Both of us are looking at a relationship for keeps. The best aspect of our relationship is that we are transparent. We know about each other’s past and have never felt the need to hide anything from each other.” (Also Read: Vandana Sajnani Khatter Speaks About Losing One Of Her Twins And Bringing Home Their Miracle Baby) 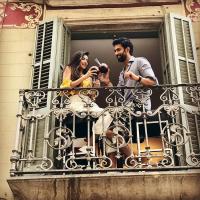 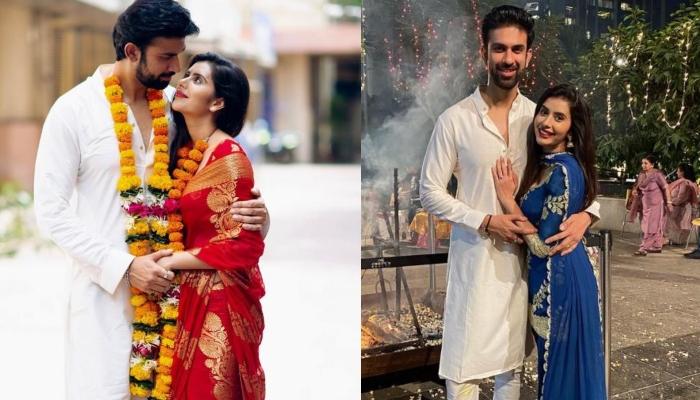 One of the most amazing feelings in this world is to get married to the one you fell in love with. From coffee dates to saath pheras, your journey is always filled with some of the most beautiful memories to cherish for a lifetime. A girl often dreams about getting