In an interview, Charu Asopa bared her heart out about how things between her and Rajeev Sen can only be sorted if there is a miracle. Read on to know more!

Television actress, Charu Asopa and her husband, Rajeev Sen are hitting the headlines every now and then with their news of separation. On one side, Rajeev is seen sharing happy pictures with Charu, complimenting her for taking good care of their daughter, Ziana Sen. On the other hand, Charu is clarifying the reason why she still wears sindoor amidst their separation. For the unversed, the couple had tied the knot in June 2019 and was blessed with a baby girl in November 2021. They were living a merry life until June 7, 2022, when Charu sent a legal notice to Rajeev to part ways amicably.

Amidst their blame games, it was on August 8, 2022, when Rajeev Sen had taken to his IG handle and shared a happy picture with his wife, Charu Asopa. In the selfie, Charu was seen leaning on her darling hubby, and the duo was all smiles while posing for the lens. Sharing the picture, Raveen had added a rose emoticon in the caption. After this, he was also asked whether the two had patched up, in an interview with the Times of India. To this, Rajeev had mentioned that for his latest post, the picture says it all. However, now in an interview with Etimes, Charu Asopa bared her heart out about how things are still not good between her and Rajeev Sen. She was also asked about Rajeev's IG post and that he had complimented her in one of his Vlogs. To this, Charu mentioned that she is unknown to all of this as the couple had blocked each other on Instagram. Revealing the same, she said:

"First, it’s an old picture. I had no clue about the post, as Rajeev and I have blocked each other on Instagram. I was inundated with messages and calls regarding the post. People shared screenshots of the post with me and that’s how I got to know about it. I have no idea why he posted the picture because a couple of days ago, I sent him a draft for divorce by mutual consent. Rajeev, however, wanted to incorporate some changes in it and told us that he was in discussion with his lawyer. We are still waiting for his lawyer to revert. My friends told me that he spoke about me even in his vlog." 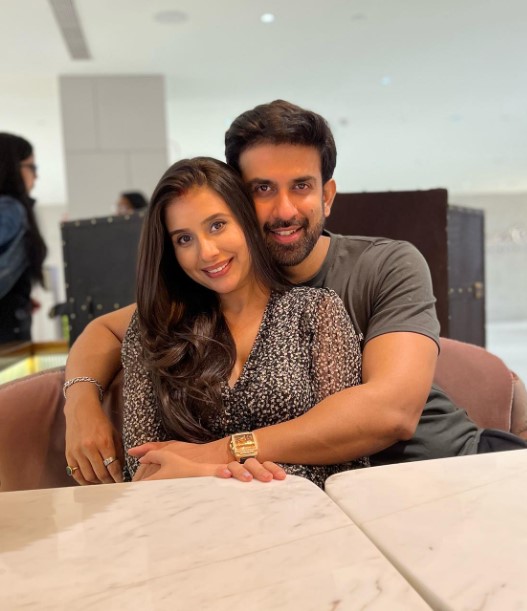 Further, in the same conversation, Charu mentioned that she was wondering about Rajeev's actions, who had once made bad allegations against her. She was also asked about the netizen's reaction to her wearing sindoor. In reply to this, she mentioned that she and Rajeev are not divorced yet, and said:

"I have no idea what’s on his mind and what he wants to convey through these posts. I am unable to fathom his actions, especially after levelling baseless allegations against me in the recent past. I was shocked. Hamaare beech mein koi baat bhi nahi hui hai iss baare mein. I don’t know why he posted it. I still live in my marital home. He keeps shuttling between Mumbai and Dubai. I am still married and not divorced yet. Divorce hua nahi hain, shaadi shuda hoon toh sindoor kyu nahi lagaaungi, especially when I am going to a temple."

Recommend Read: Nayanthara And Vignesh Shivan's Wedding Teaser Gives A Glimpse Of Their Life 'Beyond The Fairytale' She ended the conversation by revealing that there is no possibility of reconciliation between her and Rajeev. Talking about the same, Charu mentioned that she has already made up her mind and said:

"Koi chamtkaar agar ho jaata hai toh pata nahi toh abhi mujhe aise koi chances nahi lag rahe. I have made up my mind. It’s really funny that after casting aspersions on me and accusing me of hiding my first marriage, something like this is happening. The accusation of me hiding my marriage from him is a lie. I met him at a restaurant near his gym in Bandra to inform him about my first marriage. Today he is claiming that I kept it a secret from him. He also accused me of using the victim card. Itna sab hone ke baad yeh sab cheezein faaltu lag rahi hain." 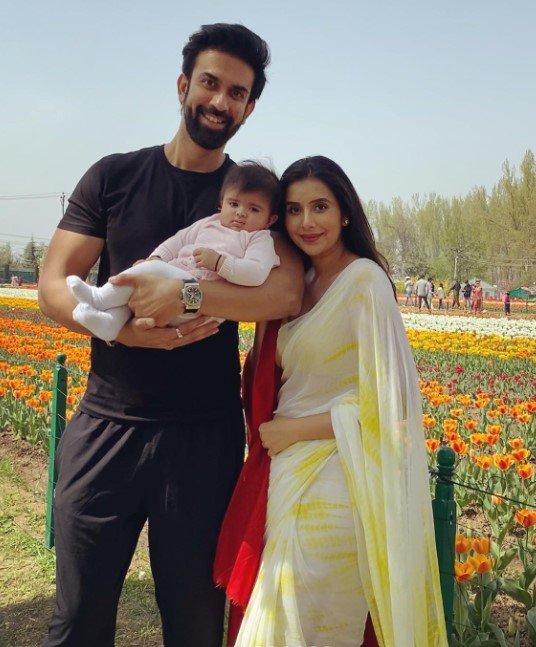 As per reports, Charu has changed her surname and added 'Sen' on her IG handle after his post. However, she clarified that she had never removed 'Sen' from her Instagram profile.

Charu Asopa Moves Out To A New Home With Baby, Ziana Sen After Accusing Rajeev Of Domestic Violence 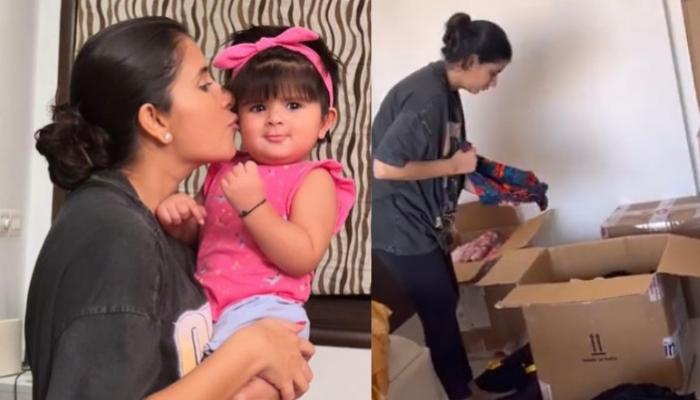 Once again, Charu Asopa and Rajeev Sen are in the news for their troubled marriage. Recently, the actress accused her husband of domestic violence, and since then, a new war of words has begun between the estranged couple. However, this is not the first time when the two are considering