Chahatt Khanna, who is one of the most gorgeous yummy mummies of the telly town, had to undergo the whole whirlwind of broken marriages twice in her life, that had ended in the nastiest way possible.

When two people get married, a whole new world of experiences, happiness, responsibilities open up for them. And to top it all, the very thought of spending an eternity of togetherness makes a couple go all jittery and happy! Amidst all the happy thoughts, what if one day, somebody strews water over the ‘red and rosy’ picture of your love story? As scary as it can get, one of the most gorgeous yummy mummies of the telly town, Chahatt Khanna had to undergo the whole whirlwind of broken marriages that had ended in the nastiest way possible, twice in her life. (Do Read: Erica Jennifer Fernandes Ignores Her Rumoured Beau, Parth Samthaan At 'Mission Over Mars' Screening)

It was in 2006 when Chahatt Khanna had first gotten married to a guy named Bharat Narsinghani. And what she thought would be a life full of red roses for her, turned into her worst nightmare when Chahatt had accused him of throwing her out of the house because of her illness. After a year of togetherness, Chahatt and Bharat had gotten divorced in 2007. 6 years later, Chahatt wanted to start a new chapter of her life with her then beau, Farhan Mirza. Just when she had thought that he was ‘the one’ for her and had started a family by giving birth to two daughters (Zoharr and Myra), Chahatt separated with Farhan, accusing him of sexual harassment. 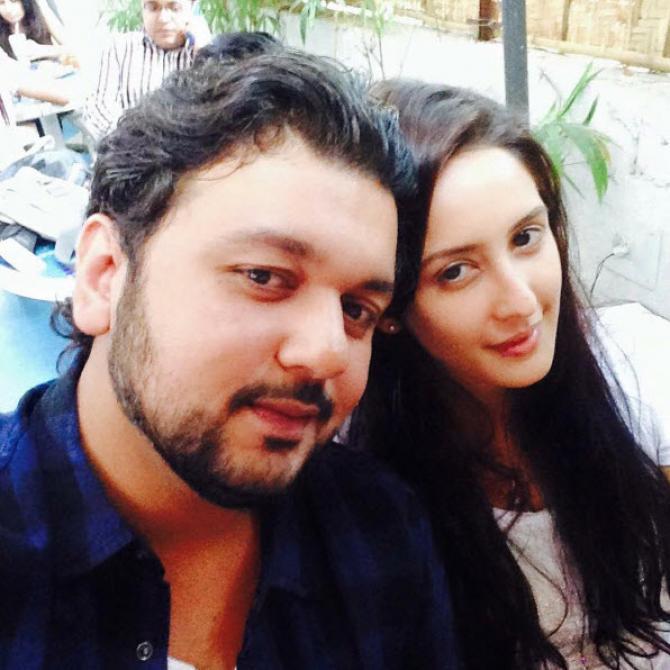 Chahatt Khanna is known for her brutally honest answers and her latest interview with SpotboyE is no different. Recalling her past days when her marriage had gone kaput for the first time, she shared, “Many people have a notion that I walked out from both marriages. But that's not true. In my first marriage, I was thrown out of the house and told to not come back. I was hospitalised and my husband and in-laws told my family that they should take me away from there. They didn't want me back. It was a case of domestic violence. I still say that my second husband Farhan is not a bad person, it's just that he and I don't get along.”

Chahatt Khanna was then asked that although she said that her second hubby Farhan Mirza isn’t a bad person, she had alleged that he would often question her on her ‘relationship’ with co-stars and several other factors. To this, the Prasthanam actress retorted, “Yeah, I know. I was accused of every possible thing. He said a lot. But I still kept quiet, till October. People then started suggesting to me that I should speak out, which is only when I spoke to the media.” She further added, “I don't want to demean anybody in public forum or even when I am with my friends. Farhan and I have kids together. So I would like to believe that he is a good guy--- but we didn't get along.” 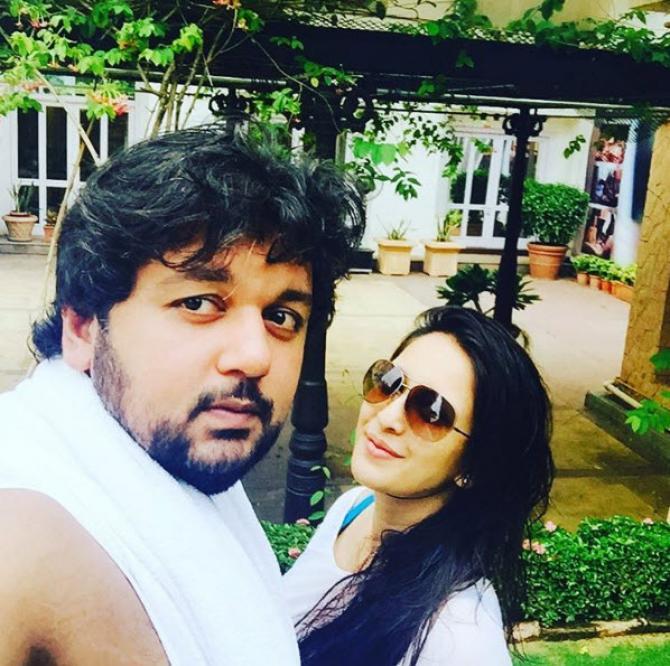 Chahatt Khanna was questioned on why she had tolerated domestic violence in the first place. She had answered, “No, I wasn't then. I had done just Kumkum. They wanted me to leave my career and I even did that.” Chahatt also revealed the reason for not contacting her parents when trouble started brewing in her first marriage, “I don't know why I didn't tell them, until I was hospitalised.”

Chahatt Khanna also shared if she was hospitalised due to domestic violence, “Yes, but it's gone. Thank God, it's over. It was my first love. He lied to me about my age. I was 16 when I met him. He told me he was 22 but he was 28. After 3 months of dating, I came to know his real colours.” She had further shared her point of view on the increasing domestic violence these days, “It's a matter of concern. I have witnessed a husband beating up his wife and trying to throw her off from her balcony, while their kid helplessly cried and watched. It happened in the building I was staying in before.” (Must Read: Anurag Kashyap's Ex-Wife, Kalki Koechlin Sends Wishes For The Director's 47th Birthday) 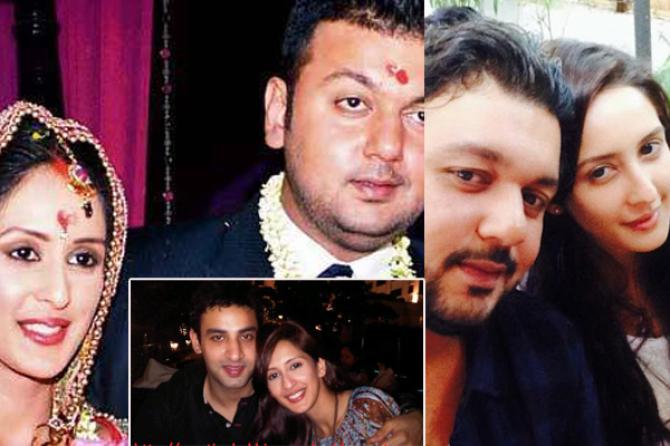 Chahatt Khanna then revealed if she had suffered domestic violence in her second marriage too, “That's too personal. I happened to spill this out in print and it became the headlines. I don't want my kids to grow up and read that.” Chahatt also threw light on the fact that it isn’t possible to hide the truth of her marriages from her two daughters when they grow up, “Yeah, I'll have to tell them eventually, I guess. I was simply conned into my second marriage- he lied about his financial status, bank balance, cars, phones...I came to know a few things within a week, I should have backed out.”

Further spilling the beans on why, instead of knowing that her second hubby, Farhan Mirza had faked about his financial stature from the very beginning, she had married him, Chahatt Khanna shared, “Farhan's granny convinced me to marry him. All those sanskars that I had from my parents made me quiet and accommodating. Sometimes now I feel hamesha buzurgon ki nahin sunni chahiye. But I am glad we met and fell apart. I have my daughters.” Chahatt Khanna also stated if her kids have characteristics similar to that of her estranged hubby, Farhan Mirza, “My elder one is just like her dad and my younger one is like me. But you see, it's up to me how I mould them.” All Chahatt Khanna fans, please note that she and Farhan Mirza are not yet divorced but separated. Letting the cat out of the bag on where their divorce proceedings stand now, Chahatt stated, “I had filed it last year. Due to some reasons, it got dismissed. But we have filed it again.” She also added that theirs, is not a mutual divorce and added, “Yeah, he doesn't want to divorce me anyway." Chahatt also shared that her estranged hubby, Farhan still calls and harasses her, “Yes, and says things, shouts at the top of his voice that if I don't go back to him he'll go to the media. But I don't care. Let him do what he wants.”

Chahatt Khanna then revealed if her kids, Zoharr and Myra meet their daddy, Farhan Mirza and if they get influenced by him. She stated, “Yes, I am not going to stop them. That has started happening, but frankly, either I stop that or I stop them from meeting him. I would rather face the consequences than take away their right of meeting their father.” (Also Read: Sanjay Dutt Reveals His Mom, Nargis Was Louder Than Wife, Maanayata, Says She Never Lets Him Fall) 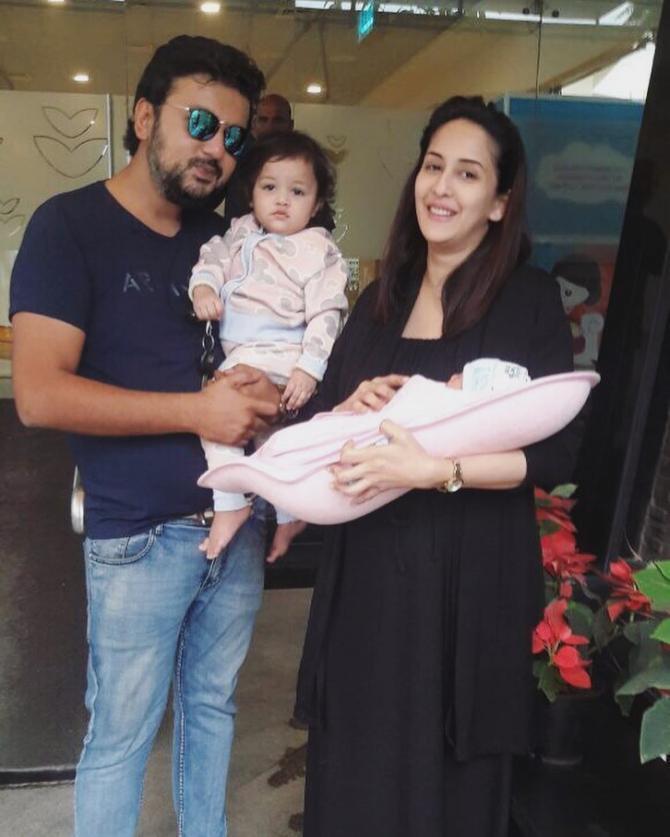 Chahatt Khanna confirmed that she had faced the terrible consequences of sexual harassment in her second marriage. She added, “A lot. A hell of a lot. I have filed it in my petition.” Amidst all the turmoil, the Bade Acche Lagte Hai actress had welcomed her second daughter, Myra. Commenting on the same, the doting mommy retorted, “I had to think of that heart beating. A lot of people told me to do something as it's my life. I don't believe in killing someone. That's the reason why Myra happened.”

Having learnt so much about Chahatt’s personal life, all that we want is truckloads of peace and happiness for her and her daughters.