Chahatt Khanna called out Uorfi Javed's photo sessions with media 'semi-nude spotting'. Check out to know how Uorfi reacted to it!

From Bigg Boss OTT to leaving everyone's eyes pop with her fashion outings, Uorfi Javed is leading the headlines. While some love her dedication and hard work to be in the limelight, others are taking a dig at her. Despite it, Uorfi continues to wow her fans with her sartorial picks. She often gives befitting replies to the ones, who try to troll her, no matter whether they are a photographer, a leading name or an actress.

A few days ago, Uorfi Javed had taken a jibe at Chahatt Khanna (with whom she already had a verbal fight) when her name cropped up in the multi-crore scam involving jailed conman, Sukesh Chandrashekhar. Uorfi called Chahatt a gold digger, and the latter didn't let it go easily.

Recommend Read: Ali Asgar Reveals 'Creative Difference' As The Reason For His Exit From 'Comedy Nights With Kapil' On September 19, 2022, Chahatt took to her Instagram stories and posted a note for Uorfi. In her long note, Chahatt said that she should not jump to conclusions without knowing the facts. Chahatt also called Uorfi shoot with paparazzi, 'semi-nude spottings'.

Chahat further added that Uorfi is not fit to be ' aunty, biwi or maa. After which, Uorfi reshared Chahatt's IG story, and wrote: 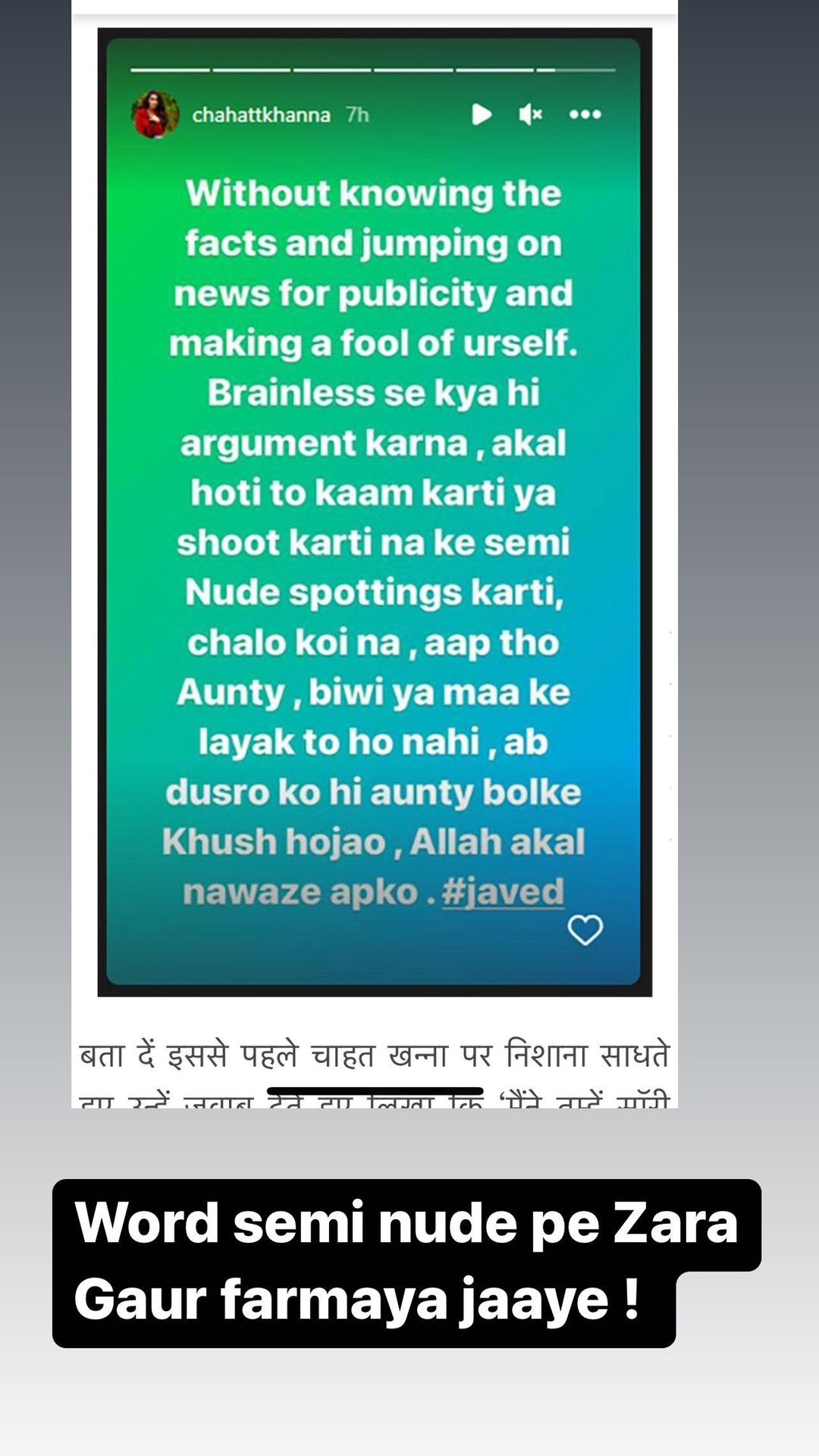 After which, Uorfi also shared a collage of Chahatt's photoshoot, wherein she was seen showing off her style. Uorfi also posted a video and said that she doesn't want to be anyone's wife. Atop the video, Uorfit wrote, "Aapne kya ukhada biwi ban kar Chahatt ji? (Twice)".

Well, we hope Chahatt and Uorfi sort out their differences as this cat fight has no winner!

Next Read: Rumoured Lovebirds, Kriti Sanon And Prabhas Are Not Together? Here's What We Know