Celina Jaitley Reveals Husband, Peter Left His Job To Support Her During Her Battle With Depression

Celina Jaitley Reveals Husband, Peter Left His Job To Support Her During Her Battle With Depression

No words can ever heal the pain of losing someone! And Bollywood actress, Celina Jaitley opened up on how her husband, Peter Haag helped her fight depression when she lost her parents and her son. It is said that the most painful goodbyes are the ones that are never explained! Indeed, it is true as nothing hurts you more than the feeling of not seeing the person again till you live. It is a scary thought to even imagine that someone, who is the sole reason for your life, will not be there one day. No words can ever ease the pain of losing that person. And Bollywood actress, Celina Jaitley went through the same phase after losing her parents and one of her twin sons in a series of unfortunate events. (Recommend Read: Amitabh Bachchan's Savage Reply To A Netizen Asking About Daughter-In-Law, Aishwarya Rai Bachchan)

It was in the year 2011 when Celina Jaitly had settled down with hotelier, Peter Haag in Austria. Since then, she is enjoying every second of being a homemaker and a multitasker mom. The actress often shares snippets from her life on her Instagram handle. According to the latest buzz, the actress is soon going to make a comeback with a short film, Season's Greetings. Celina has claimed that this film has helped her overcome depression. 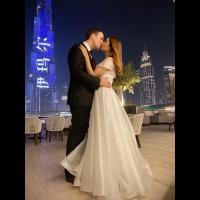 In an interview with Gulf News, Celina opened up on the unfortunate events that took place in her life around the same time. She shared, "You can never find closure when you lose the most important and valuable things in your life. Daddy had just passed away and suddenly mama too … My parents were so full of life and they were this young, military army couple. The truth is you can never get closure from losing your parents. But this movie helped me a vent a lot of emotions… I am not getting treatment in Austria for the past one year." (Also Read: Sameera Reddy Revealed What Is Keeping Her Busy During Lockdown In Her Latest 'Messy Mama' Post) 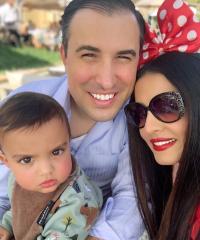 Celina further shared how her husband, Peter helped her overcome her depression. She said, "Peter left his job because I was suffering from such severe depression that we had no option but to leave Dubai. He said: ‘let’s go back to Austria and let us disconnect from everything till you get better. That really helped me and getting my husband’s support in this meant a lot." The actress also shared how it was her mother's wish to see her get back in the world of glam and glitz. For those who don't know, Celina and Peter were blessed with twins for the second time on September 10, 2018. However, one of their sons, Samsher Jaitly Haag couldn't survive and left the world. In an interview with the IANS, Celina had talked about the same, and had said, "It’s all just so difficult to deal with. I’ve been trying to keep it together since papa passed away. After all that we have been through, all I can say is we have immense gratitude that the universe didn’t leave our arms empty. It’s just too painful to talk about.” 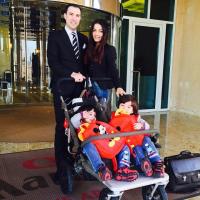 She had further added, "I only wish Dad and Shamsher would send a sign. It’s been a challenging last two months. Arthur is the light at the end of our dark tunnel. It’s difficult to talk about Shamsher but I want to thank everyone for the joy they shared for Arthur and the sorrow they expressed for Shamsher. I hope pain one day turns into beautiful memories till then please bless my family." (Don't Miss: Paras Chhabra's Ex, Akanksha Puri Is Crushing On This Mystery Man, Wants To Go On A Date With Him)

Well, we cannot wait to see Celina's return on screens!