7 Celebs Who Got Replaced By Other Actors In Films After Their Death: From Divya Bharti To Sridevi

Ayushmann Khurrana replacing Sushant Singh Rajput to Madhuri Dixit stepping in the shoes of Sridevi, here's a list of seven Bollywood actors who got replaced in movies after their untimely demise!

We have often heard of Bollywood actors getting replaced by another competent actor in movies. But there are times when a replacement happens due to the most tragic event like an unfortunate demise of a celebrity. Indian cinema has lost a few of its gems in the past years. Starting from Irrfan Khan, Sushant Singh Rajput to Divya Bharti, the untimely death of these talented stars have broken millions of hearts.

Since a wise man had once said, 'The show must go on, no matter what catastrophe has occurred.' In such difficult situations, directors had approached other actors to complete their pending movies. So let's have a look at the celebrities and the films in which they had replaced their late colleagues.

Recommended Read: Ashnoor Kaur's Most Expensive Possessions At The Age Of 18: From A Luxurious BMW To A Dream House 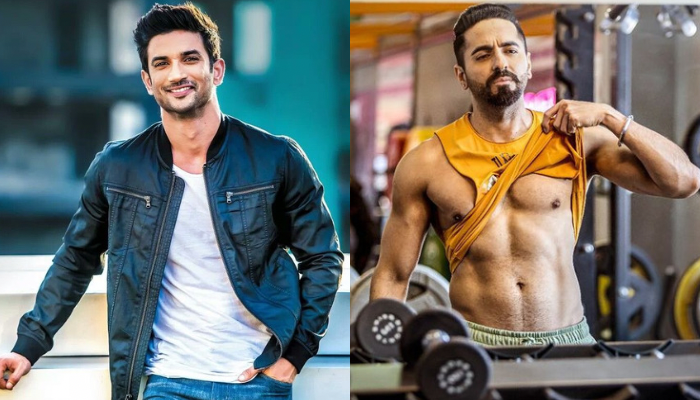 Nepotism in the Bollywood industry came into the limelight after the 'mysterious death' of actor, Sushant Singh Rajput. He was reportedly found dead in his Mumbai apartment on June 14, 2021. In the year 2020, Veteran actor, Rishi Kapoor and actress, Deepika Padukone were confirmed to star in the Hollywood remake of The Intern. But Rishi Kapoor had left for his heavenly abode on April 30, 2020, leaving his massive fanbase in a shock. The makers of the film were left with no choice but to recast. The reports had suggested that director, Amit Ravindernath Sharma had roped in Amitabh Bachchan for the vacant role. And after a while, Deepika Padukone had taken to her Instagram handle to confirm her lead role opposite Amitabh Bachan in the workplace relationship-driven film, The Intern. One of the superstars of yesteryear, Sridevi was found dead in her bathtub on February 24, 2018 by her husband, Boney Kapoor. She was filmmaker and producer, Karan Johar's first choice for the role of 'Bahaar Begum' in his romantic drama, Kalank. However, Karan Johar had re-casted Madhuri Dixit in place of the Hawahawai actress. It was a star-studded film including Alia Bhatt, Varun Dhawan, Aditya Roy Kapur, Sonakshi Sinha, Madhuri Dixit and Sanjay Dutt in lead roles. Later, late actress, Sridevi's elder daughter, Janvi Kapoor had taken to her Instagram handle and had thanked Madhuri for stepping into her late mother's movie. Showing her gratitude, she had penned:

"Abhishek Varman's next film was very close to mom's heart... Dad, Khushi and I are thankful to Madhuri ji for now being a part of this beautiful film." In her short career span of three years, Divya Bharti had given major superhit movies to the Hindi film industry. The talented actress had also worked in Tamil and Telegu movies. During Divya's career span, she was often compared to Sridevi for alike looks. In the year 1993, the 19-year-old actress was reported dead after falling from her building's rooftop. At that time, she was hitched to the producer, Sajid Nadiadwala. Even after so many years, the reason behind her accidental death remains a mystery. Talking about Divya's successful acting career, the late actor had left behind eight incomplete films after her sudden demise. Later, Sridevi was roped in Divya's Laadla and the actress had gracefully performed the character of 'Sheetal Jetley' opposite Anil Kapoor. Raveena Tandon had stepped into the shoes of Divya Bharti in the film, Mohra. Her iconic songs like Tip Tip Barsa Pani and Tu Cheez Badi Mast Mast with Akshay Kumar is still a hit and had won millions of hearts. 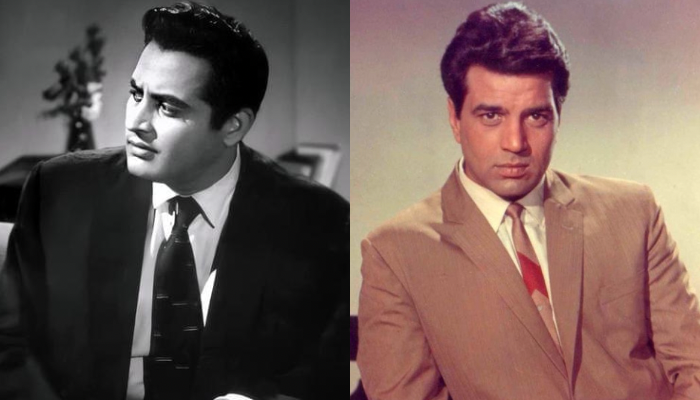 Director, Guru Dutt had died at the early age of 39. He was found dead at his rented apartment in Mumbai. It was reported that he had consumed a mixture of alcohol and sleeping pills. After his tragic demise, director, Shaheed Latif had roped in Dharmendra in his movie Baharein Phir Bhi Ayengi. After shooting for the major parts of the movie, Sharmaji Namkeen, Rishi Kapoor had lost his life to cancer and had left for his heavenly abode on April 30, 2020. To complete the pending story of Sharmaji Namkeen, a movie which was very close to the late actor’s heart, director, Hitesh Bhatia had roped in another senior actor, Paresh Rawal, to step into Rishi’s shoes.

And when the movie was released, we had witnessed how gracefully Paresh Rawal had performed Sharmaji’s role. In fact, the most beautiful part of the movie was that both Rishi Kapoor and Paresh Rawal played the character of ‘Sharmaji’, and their incredible performance had made us forget that they were two different people playing one character. While Rishi Kapoor had looked cute father fulfilling his passion for cooking, on the hand, Paresh’s appearance was witty. They had successfully portrayed the different shades of the character on the screens, and there is no second thought to it.

Well, these were the celebrities, who had stepped into the shoes of their late colleagues and had dedicatedly performed their roles. What do you think about their performances? Let us know!

Next Read: Sunil Dutt And Nargis' Iconic Picture After That Famous Fire Accident Which Sparked Their Love Story