'Brahmarakshas 2' Actor, Pearl V Puri revealed he's living for this person after the sudden demise of his father, Vipin V Puri back in October. Find out! 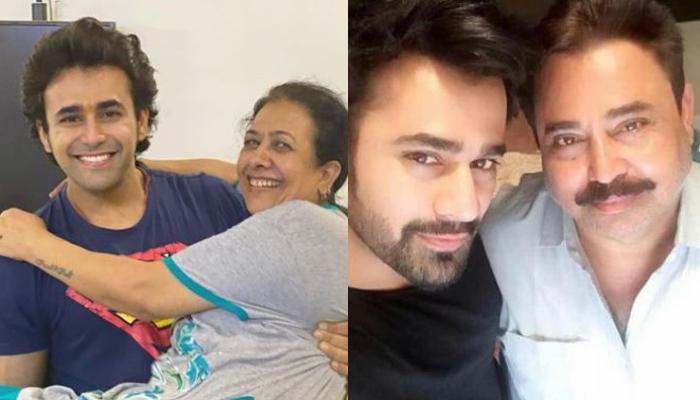 No one will ever love you the way your parents love you, and nothing can ever fill the void that they leave behind when they leave for the heavenly abode. Your entire world changes the moment you lose a close family member. The pain of never being able to see them or listen to their voice any more keeps on haunting you forever. It's simply an unfillable void, and the celebrity that is living with the same at the moment is television actor, Pearl V Puri. (Recommended Read: Kashmera Shah Pens A Cryptic Note Hinting At The Ongoing War Between Krushna Abhishek And Govinda)

The actor had lost his father a few months ago and had revealed in a lot of interviews how badly he's missing his father. For the uninitiated, Pearl V Puri was extremely close to his father and used to share throwback pictures with him on his IG handle, whenever he was away from him and missed him.

In an interview with Pinkvilla, Naagin and Brahmarakshas 2 actor, Pearl V Puri talked about the situation of his family after the sudden demise of his father, Vipin V Puri and the eternal impact it has left on his life. The actor revealed, "Everybody is coping up and trying to be normal. I have got my mother here for good. This is not something which is replaceable. I cannot say that I will take this much time to come out of this, but this is going to stay." Before signing off, the actor also revealed the name of that one person, for whom he's living now after the passing of his dearest daddy. He concluded, "But now I am living for my mother. Whatever I am doing, I am doing for her. I want to make her proud." (Don't Miss: Ankita Lokhande And Her Beau, Vicky Jain's Dance Video In Their 'Night Dresses' Is Pure Couple Goals)

It was back in October when a report from The Times of India had shocked the entire fanbase of Pearl V Puri. A source close to the family had informed the publication that his father, Vipin V Puri had died after suffering from Pneumonia and a sudden heart attack. The source had stated, "Pearl's father was hale and hearty. However, three days ago, he developed Pneumonia as well as suffered a silent heart attack and succumbed to it. The Puri family is in a state of shock as everything has been sudden. Pearl, who was shooting for his show, 'Brahmarakshas 2', had to rush back to his hometown overnight. He performed the chautha for his father yesterday."

Soon the actor had confirmed the reports as on October 15, 2020, Pearl had taken to his Instagram handle and had shared two pictures of his late father. The doting son had also penned an emotional letter in the caption that could be read as "I've lost my father LATE SHREE MR . VIPIN PURI He was a very happy soul full of life a very good human being he was a man of substance whatever Iam , it's just one percent of what my father was but this "was" have broken my backbone. I Request all of you to please love your parents as much as possible give them all the happiness in life do whatever best you can do for them within time before it is too late. Waqt ka kuch nai pata . I had so many dreams for my father but now I won't be able to fulfill them ever . For the first time in life I feel powerless aaj ehsas hua baap ka hona hi apne aap me bohot bada sahara hota hai , bohot taqat milti hai sirf unke hone se . Mere papa kehte they.. "sab kuch luta ke bhi agar seekh ya kuch seekhne ko mile to use sasta samjho "learning is very important and aaj waqt ne mujhe ye sikha diya ki jab tak bhi maa baap hain unke saath rehna roz subah unka ashirwad lena unke saath waqt bitana bohot zaruri hai. Aap sabhi se meri guzarish hai please love your parents as much as you can and be with them no matter what. I love you dad you are the best." Take a look: (Also Read: Abhishek Bachchan Wishes His Nephew And 'Coolest Kid On The Block', Agastya Nanda On 20th Birthday)