On Sridevi's 57th birthday, Boney Kapoor wished her saying how he has missed her for every second of the 900 days she has gone for!

Did you know Sridevi's mother had demanded Rs 10 lakh from Boney Kapoor for Sridevi to sign the film, Mr India? And Boney, who was smitten by Sridevi's beauty and charming personality, had said that he would pay Rs 11 lakh just to get Sridevi on-board. Things we do for love! On Sridevi's 57th birthday, Boney Kapoor wished her saying how he has missed her for every second of the 900 days she has gone for. Scroll down to check it out! (Recommended Read: Shweta Singh Kirti Calls A Global Prayer Meet For Sushant On His Two-Month Death Anniversary)

August 13, 1963, had witnessed the birth of a star in Tamil Nadu, who had later reigned the film industry for years! Believed to be the first female superstar of the Hindi film industry, Sridevi had begun her acting career at the age of 4 and had continued doing what she had loved the most, till her last breath!

The doting husband, Boney Kapoor took to his Twitter handle and wished Sridevi on her 57th birthday wishing if only she'd be here to see the success of their daughter, Janhvi Kapoor. His tweet can be read as "Jaan missing you lots every second of the 900 days you left us , but more so today to see the joy on your face for the good reaction to Janu's work in Gunjan, I wish you were here with us, our joy is incomplete without you. Happy birthday my love my life. #HappyBirthdaySridevi." Check out his tweet below:

Did you know that the iconic song, 'Kaante Nahin Kat Te' had acted as the Cupid between Sridevi and Boney Kapoor? According to a Pinkvilla report, it was the time when the entire crew was shooting for Mr India, somewhere between Panchgani and Mahabaleshwar. Boney used to travel in a Maruti Gypsy and had a cassette with the recording of Kaante Nahin Kat Te. Sridevi was in love with the song, and she would travel with him just to hear it! And the car ride partners had become life partners.

Janhvi Kapoor also wished her mom, Sridevi on her 57th birthday. Janhvi had shared a throwback monochrome picture with her 'mumma' from one of their restaurant outings. Expressing her love in four words, Janhvi had written, "I Love You Mumma."

On July 7, 2020, Boney Kapoor had lauded his wife's incredible acting in MOM, as the film had completed three years of its release. He had taken to his Twitter handle and posted two movie posters of MOM. In his tweet, Boney Kapoor had talked about how quickly these three years had passed, and it could be read as "How time flies.. it's three years since the release of MOM. Will always be remembered for National Award-winning performance of @SrideviBKapoor & the entire cast and teams stellar performance and hard work #AkshayKhanna @Nawazuddin_S @Iamsajalali @adnanactor @raviudyawar @arrahman." (Also Read: Riteish Deshmukh Gets Emotional On Father, Vilasrao Deshmukh's 8th Death Anniversary, Shares Photo)

In an interview with the Hindustan Times, Janhvi Kapoor had talked about the constant comparison with her late mother, Sridevi. When asked if she feels the pressure to match up to her mother's stature, Janhvi had said, "I think people need to accept that I'm a different person from my mother. There's a section of society which has been able to do that with Dhadak, but there are people who couldn't make that differentiation and they still look for Sridevi in me. Maybe after more of my work comes out, they'll understand I'm a different type of actor and I'll make different choices."

When asked, "If given a chance, would you want to recreate her magic onscreen in the remake of any of her films?" Janhvi Kapoor had retorted, "I don't think that anyone can recreate that magic. No one can. Also, when something has been done so well, I don't know if it's right to try to attempt to do it again." (Don't Miss: Konkona Sen Sharma And Ranvir Shorey Granted Divorce Mutually After Five Years Of Separation)

Bollywood will always remember the star, that Sridevi was! 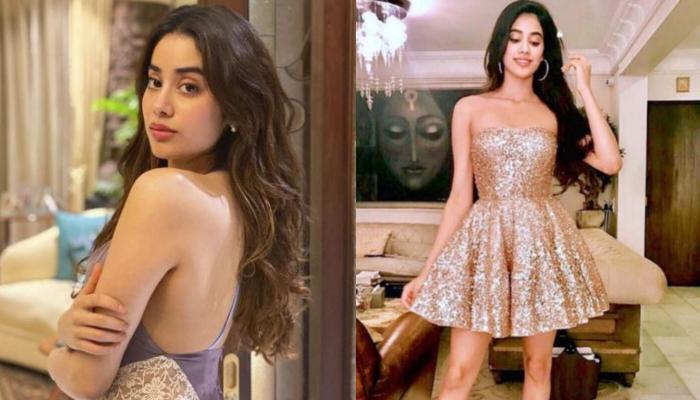 Bollywood actress, Janhvi Kapoor had made her debut in the industry with her commercially successful film, Dhadak opposite Ishaan Khatter. Since then, there's no looking back for the actress, who will be seen next in Dostana 2 alongside her rumoured boyfriend, Kartik Aaryan. The two are holidaying in Goa at