Marriage is a bumpy ride but with the right partner, you will enjoy all the hiccups and a perfect example of this is Boman Irani and Zenobia Irani. Checkout the actor's 35th-anniversary wish for wife! 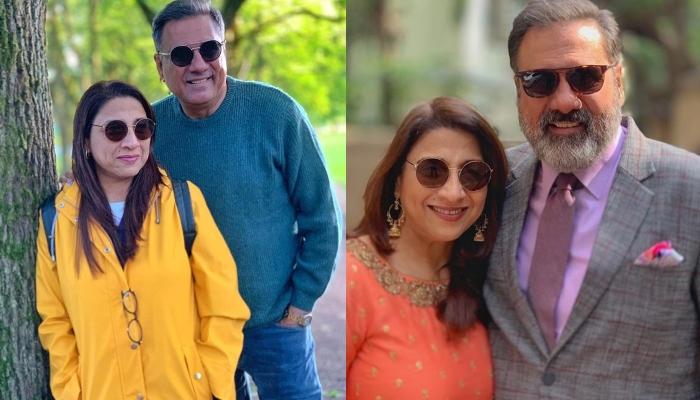 Marriage is not the end of all your problems but the start of new ones! While you may think it is the greatest adventure you are signing up for, in reality, it is going to be the bumpiest ride. However, if you are lucky enough to find the right partner then it will all be worth it. By this, we don't guarantee you a smooth sail in the ocean of marriage or a life without fights, but you will happily understand each other when one forgets the anniversary or an important date night. You will start compromising with the snoring habits to eating habits, and whatnot. After all, that's the beauty of changing your relationship status. And no one understands this better than Bollywood actor, Boman Irani and his wife, Zenobia Irani. (Recommend Read: Arjun Rampal Shares A Picture With Son Arik Rampal From Their Goa Vacation, Calls Him 'Camera Shy')

Boman Irani is one of the most loved actors of the Tinseltown. He has shown the world that you are never too old to make another plan or dream a new dream. He has been making a mark with his excellent comic timing and unique acting style. And we still can't get over his outstanding performances in films like Munnabhai M.B.B.S, Khosla Ka Ghosla, 3 Idiots and many more. But not many know that it was his wife, Zenobia Irani, who had encouraged him to follow his heart and try his luck in acting at the age of 35. 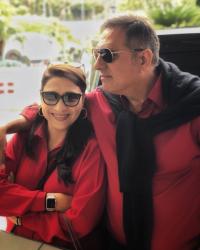 Today, on January 28, 2020, Boman Irani and his wife, Zenobia Irani are celebrating 35 years of their 'happily ever after' and the actor took to his Instagram handle to make the day even more special. He shared a picture that reads, "It's been thirty-five years today. They say marriage is a two-way street. Not true, because in a two-way street, traffic moves in opposite directions. Thirty-five years we have driven in the same direction and even though you don't have a driver's license. You have been the one driving all along. Safe, steering and breezy. I'm the spotlight guy but that's my job. At home, you are the superstar! For family, friends, kids and dogs too. You never asked for the spotlight, it just shines on you and you in return reflect it on all of us to bask in. Thirty-five years you've doing this. Drive on, shine on, guide on partner. Happy Anniversary." Along side it, he wrote, "Happy Thirty-Fifth Partner." Take a look at it below: Last year, on their 34th wedding anniversary, Boman had penned a beautiful note that could be read as "They say it’s great to find that one special person you want to annoy for the rest of your life. And I’m glad you found me, @zenobia.irani. It’s out 34th wedding anniversary today. Love and warmth for many many more with you buddy!" 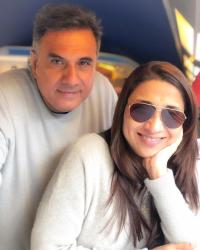 It was on January 28, 1985, when Boman and Zenobia had gotten married in a traditional Parsi ceremony. Since then, they have shared all the highs and lows of life. On December 2, 2019, when Boman had celebrated his 60th birthday, his wife had penned an adorable note and it could be read as "Dearest Bob! Just yesterday, I was thinking. That I met you when I was 20 years old, and then I thought to myself, that there were 20 years of my life, that I did not know you. But do you know what’s strange? What’s strange is that I do not remember a life without you. Although there is one thing that I do remember without you. I remember thinking, that when I find somebody. I really wish that they had one of these qualities. I wanted him to either be generous or handsome, kind or funny. Sweet or loveable. But you know I did not get ONE of these things. The day that I met you, I got ALL of these. Over the years I have known you, there have been a lot of highs, and I can say this with absolute honesty, that all the highs have been high because of you. And all of the lows were just made comfortable by you. I love you bob. Stay the wonderful person that you are. Wonderful husband, wonderful father, wonderful son, wonderful support, a wonderful human being, and the best friend I could ever have. Happy 60th. You don’t look a day over 59." (Also Read: Mahendra Singh Dhoni's Reaction As His Wife, Sakshi Dhoni Calls Him 'Sweetie' Is Every Husband Ever!) In an interview with The Times of India, Boman had shared that he loves his wife, Zenobia the most. He had said, "My wife Zenobia. I have the greatest respect for her as a human being. She is my conscience and a great soulmate. She is willing to tell me where I am going wrong and never has to fear where she may offend me. When she tells you, it’s not an opinion, but it is care. And the beauty is that there is nothing rude about her. Even if she says something rude, she will say it so comically that no one will ever take offence. She is clear-headed and selfless. She is extremely clear, especially about values. Her friends, relatives, her in-laws, her parents all value what she has to say and that is a great quality. She is also the CIA when it comes to me. She knows exactly where I am at any point in time." 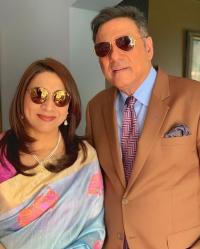 In an interview with Humans of Bombay, Boman had revealed that his wife had encouraged him to follow his passion. He had narrated the incident and had stated, "My mom met with an accident, so I quit my job & sat at the shop. And before I knew it, 14 years went by -- during that timeI met my wife, got married & even had kids. But throughout, something was amiss. So my wife encouraged me to explore. I loved photography & my dad was a photographer too. So I tried that & after some struggle, I started doing well. At the time, a friend got me to audition for an ad. I did & I got selected! So I decided to pursue it & in a few years, I did over 180 ads & even some popular plays. I was also offered a short film. It had a low budget & was going to be shot on a Handycam, but for me, it was a golden opportunity!" (Don't Miss: Mahira Sharma's Brother, Akash Has This Advice For His Sister And Strong Words For Paras Chhabra)

Well, we wish Boman and Zenobia, the happiest 35th anniversary! 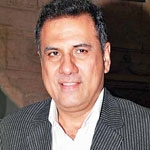