It is a man’s world. NO MORE. If you take a look around, women have successfully forged a way for themselves breaking stereotypes in each and every sector of life. The Hindi film industry or more popularly known as Bollywood has always been a male-dominated show.

Recommended Read: 14 Bollywood Celeb Couples Who Kept Media And Fans Away From Their Low-Key Weddings 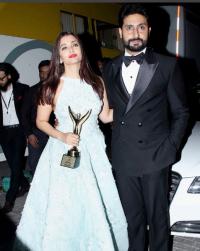 Ex-Miss World, Aishwarya Rai has proved over the years that is she is more than just a beautiful face. The blue-eyed actress not only gained fame in Bollywood with some prestigious movies to her credit (Hum Dil De Chuke Sanam, Guru, Dhoom 2), but also became an international sensation with chunky roles in Hollywood movies like Bride And Prejudice, Provoked and The Mistress Of Spices. A regular at Cannes International Film Festival, Aishwarya Rai Bachchan stands a foot taller than her husband, Abhishek Bachchan, who despite being the son of superstar Amitabh Bachchan has not been able to touch his wife’s fame. 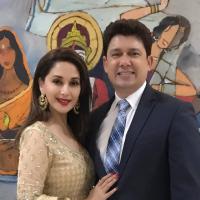 The dhak dhak girl of the 90s broke millions of hearts when she got married to her US-based husband, Dr Sriram Nene. However, the couple moved back to India after a few years, apparently because of Madhuri’s star status in India. Even now, many people recognise Ram as Madhuri Dixit’s husband. Good thing Dr Nene does not take it upon his ego and feels proud of this thing. 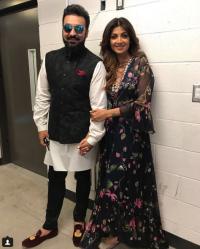 Granted Shilpa gained her international fame when she entered the international version of Bigg Boss, i.e., Big Brother. However, she was still more famous than her husband Raj Kundra when they got married. In fact, Raj who is a very successful businessman became a known name after marrying Shilpa. They both co-own the IPL team Rajasthan Royals, and Shilpa is the current face of Raj’s company. Kudos to the Shetty girl! 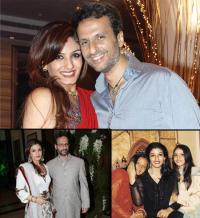 Raveena Tandon in her 20s did something which most of us would not even think of. She adopted two young girls, even before she was married and took it upon herself to bring them up as bright young women of today. Her film distributor husband Anil Thadani, although successful is still a lesser-known face than his ‘Mast Mast’ wife, Raveena. 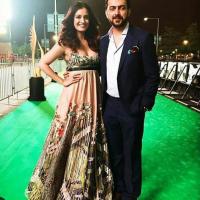 This Hyderabadi beauty, who is also former Miss Asia Pacific is certainly the face of her husband Sahil Sangha’s business. The actress, who recently ventured into production, has always maintained a dignified stance in Bollywood be it in her movies or her interviews or her appearances. No wonder, her husband Sahil Sangha gained fame because of his illustrious wife’s name. 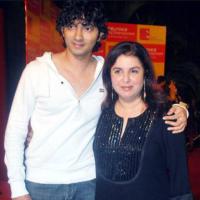 The ace choreographer-turned-director who is known for churning out successful Bollywood masala movies (Main Hoon Na, Happy New Year), surprised everyone when she married a relatively unknown and young film editor, Shirish Kunder. And it is because of Farah only that Shirish also ventured into direction and delivered duds like Jaanemann and Joker. Nonetheless, to say, Farah, who is a mother to triplets is the one wearing the pants in the family!

Don't Miss: When Nuptial Knot Became A Lucky Charm, Bollywood Celebs Who Got Lucky After Marriage 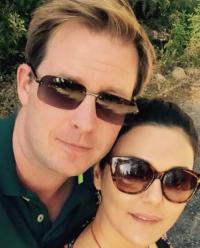 Preity Zinta can be the brand ambassador for this article. The dimpled actress who recently got married to her long-term boyfriend, Gene Goodenough in a secret ceremony in LA is literally more famous than her husband. Trust us, when we say, there is absolutely nothing much that you will find about her Mr Goodenough, not even pictures. Preity, on the other hand, is well-known A-lister of Bollywood who also owns Kings XI Punjab IPL team. 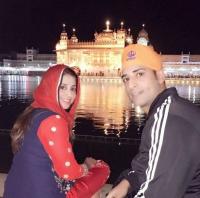 The other actress who made to this list is none other than the Rangeela girl of the 90s, Urmila Matondkar. This Maharashtrian actress who stole everyone’s heart with her Chamma Chamma song just got hitched to Kashmiri businessman, Mir Mohsin Akhtar. Akhtar has also done few movies which are relatively unknown. But with Urmila Matondkar for a wife, he surely is going to become a household name soon.

Well, these ladies are truly the one running the show in their families when it comes to fame. But as they say, behind every successful woman also stands a sulking husband! Just kidding. Kudos to these divas for standing tall and holding their own in the patriarchal world of Bollywood.