Be it due to extra-marital affairs or choosing your career over your partner, these celeb couples decided to take the plunge and get divorced really soon after their wedding.

Marriages do not seem to last too long nowadays. This is especially true when it comes to Bollywood. ‘Till death do us part’ is a phrase that is now long forgotten. While this, of course, is not true for a lot of couples who are happily married and have been for years, it rings true for some, whose relationships have been unable to stand the test of time.

Today we bring to you a quick list of the shortest marriages within the film industry. Be it due to extra-marital affairs or choosing your career over your partner, lots of couples decided to take the plunge and get divorced really soon after their wedding. In some cases, the marriage ended abruptly due to the death of a spouse. Keep reading to know more about the shortest marriages of Bollywood and telly land. 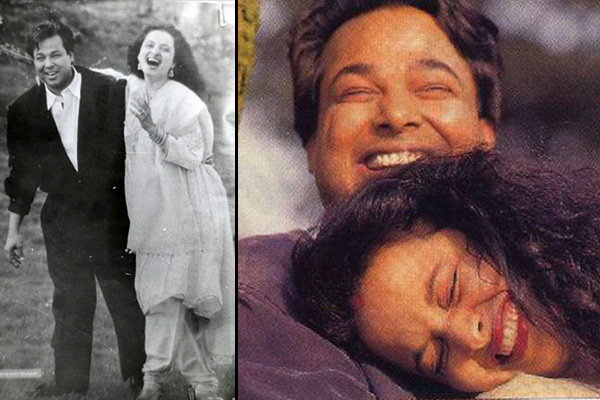 The timeless Bollywood beauty, Rekha, tied the knot with a Delhi-based businessman, Mukesh Agarwal in the year 1990. A few months into their marriage, Mukesh was suffering from chronic depression. In 1991, he committed suicide, leaving behind a note to say that no one was to be held responsible for his decision. Tragically, 12 months was all the couple got to spend with each other. 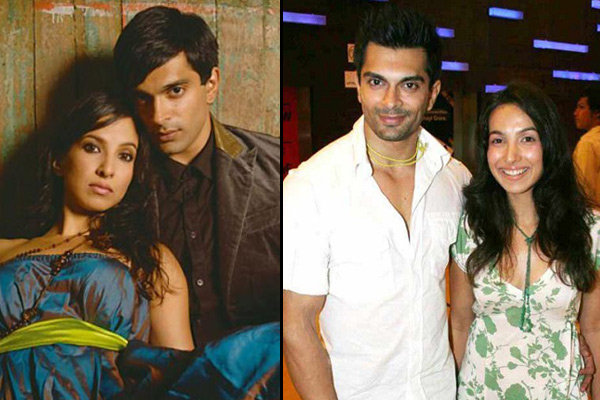 Karan Singh Grover was the heart-throb of Indian television before he went into the film industry. While he was a television actor, he got married to his girlfriend, Shraddha Nigam. You will be surprised to know that their marriage ended in just 10 months! It is strongly believed that it all happened due to the extra-marital affairs that Karan used to have. He is now happily married to Bollywood diva, Bipasha Basu. Singing legend, Kishore Kumar, has been known to have tied the knot with multiple women. He got married to Yogita Bali, his third wife, in 1976. However, the couple decided to get separated two years later. Allegedly, this was because Yogita had then fallen in love with Mithun Chakraborty, whom she got married to, soon after leaving Kishore Kumar. A heartbreaking story, indeed! Read about his other three marriages HERE 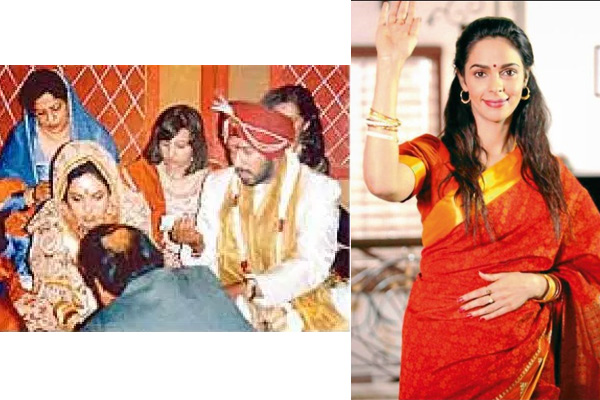 The actress never accepted being married at any point in her life but some pictures do exist which clearly depict her sitting at a mandap. As per the reports, the guy she was married to is a pilot named Karan Singh Gill. Why their marriage went kaput, nobody knows. But, it ended fairly quickly (in about 12 months), because Mallika wanted to focus on her career. 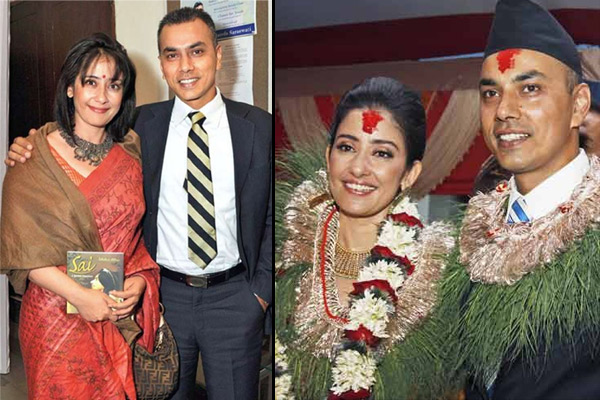 Manisha Koirala got married to businessman Samrat Dahal in the year 2010. Their marriage took place in Kathmandu, Nepal. In no time after their marriage, the couple started having a lot of fights. Manisha was frustrated and confessed to her friends that she wanted to end things with her husband. She was prone to fits of rage and once, she wrote on her Facebook wall saying, “My husband is my biggest enemy!” The two got divorced in 2012.

Check what she has to say about her broken marriage: Manisha Koirala Blames Herself For Her Short-Lived Marriage With Samrat Dahal The successful director fell in love with Divya Bharti on the sets of the film Shola Aur Shabnam. They got married in 1992. However, less than a year into their marriage, Divya allegedly fell off her apartment and passed away. There were debates as to whether this was an accident or whether she was pushed by someone. Nonetheless, they had a tragic marriage of just 11 short months. Popular for his character of Hunny in Fukrey, Pulkit Samrat married his long-time girlfriend, Shweta Rohira, in November 2014 and after only a year, the two parted ways. Their 11-month-old marriage came to a standstill which came as a shock to many. It was rumoured that the reason for their separation was Pulkit’s growing closeness to the popular actress, Yami Gautam. In fact, according to a few tabloids, when Shweta suffered a miscarriage in mid-2015, Pulkit wasn’t even there for her and was busy spending quality time with Yami. Read that story in details here. Bade Achhe Lagte Hain fame, Chahat Khanna was once married to a businessman, Bharat Narsinghani. After her marriage, in December 2006, she quit her acting career. But, barely 8 months into her marriage, in August 2007, Chahat filed an official complaint against her husband for physical and domestic abuse. The five years of relationship and a 9-month-old marriage was called off. In 2013 Chahatt married Farhan Mirza but this marriage too didn't work out for her. Chahatt filed for divorce in 2018 and a month later accused Farhan of sexual abuse. The estranged couple has two daughters together, Zohar and Amaira. 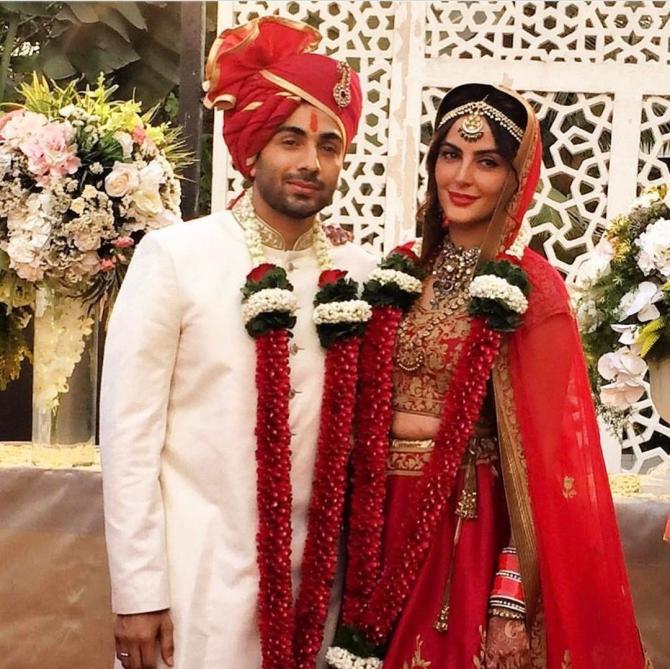 Former Bigg Boss contestant Mandana Karimi and her businessman husband, Gaurav Gupta got married on January 25, 2017. The couple had a lavish wedding In Mumbai, but after 6 months of marriage, they started having issues in their relationship. Mandana filed a domestic violence case against her husband, and it was also said that her in-laws were not happy with her profession. All these differences led to the couple’s separation. Dill Mill Gayye fame couple Karan Singh Grover and Jennifer Winget met on the sets of the show, fell in love and walked down the aisle on April 9, 2012. The speculations were that the biggest reason behind their divorce is Karan’s proximity to his Alone co-star and actress Bipasha Basu. Karan and Jennifer separated after two years of marriage, reason his flirtatious nature and closeness with Bipasha, he cheated on his wife. And in 2016, Karan tied the knot with Bipasha. Sara Khan and Ali Merchant got married on national television in the reality show, Bigg Boss 4. They had nikah in 2010, but just after 2 months of marriage, Sara realised that the marriage is no less than a nightmare for her. In 2011, the couple filed the divorce, and the rumours started doing the rounds that their wedding was nothing but a publicity stunt. Denying such speculations, Sara said, "I married Ali because I loved him and not for money or to gain some cheap publicity as many say." But Ali confessed that marrying Sara was his “biggest mistake” and he married on TV to gain publicity.

So, these were the Bollywood and telly land's shortest marriages! While it might seem very sad to witness such short marriages, it must also be said that all of these couples had their own reasons to part ways with each other. All we can do is sit back and hope for happier, longer-lasting marriages!