Bollywood celebrities are celebrating the bail order of Shah Rukh Khan's son, Aryan Khan, who was under the custody of the NCB for the drugs on a cruise case. Check it out!

Bollywood superstar, Shah Rukh Khan's son, Aryan Khan, has finally got the bail, and the film fraternity is celebrating it with him. For the unversed, Aryan Khan was in the custody of the Narcotics Control Bureau for the past 25 days. It was On October 2, 2021, when Aryan was taken into custody by the NCB.

According to reports, ten people and six organisers are in NCB custody, who had planned the party on the Cordelia Cruises' Empress ship. In addition, Aryan and two other accused, Arbaaz Merchant and Munmun Dhamech, were sent under NCB custody.

After multiple bail rejections, on October 28, 2021, the Bombay High Court granted bail to Aryan Khan in the cruise drugs case. Since then, Bollywood celebrities have been hailing the court's order. Actor, Madhavan took to his Twitter handle and wrote, "Thank god, as a father I am so relieved. May all good and positive things happen." 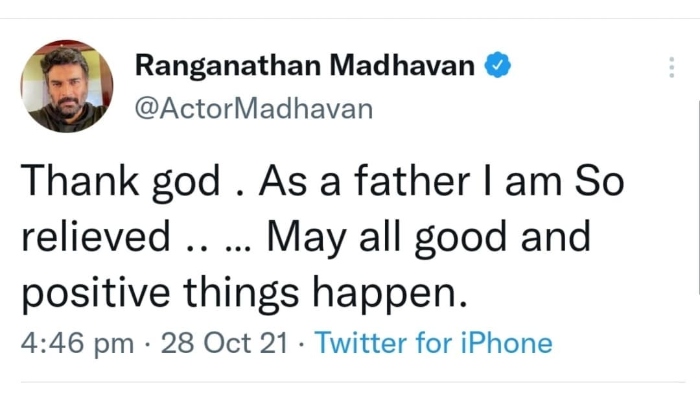 Milkha Singh also tweeted and wrote, "Congratulations to Aryan Khan and to the other accused for getting bail. I'm so happy that finally it was granted, bro @iamsrk Bhagwan ke ghar mein der hai andher nahi. You have contributed hugely to the fraternity. God bless both you and your family." 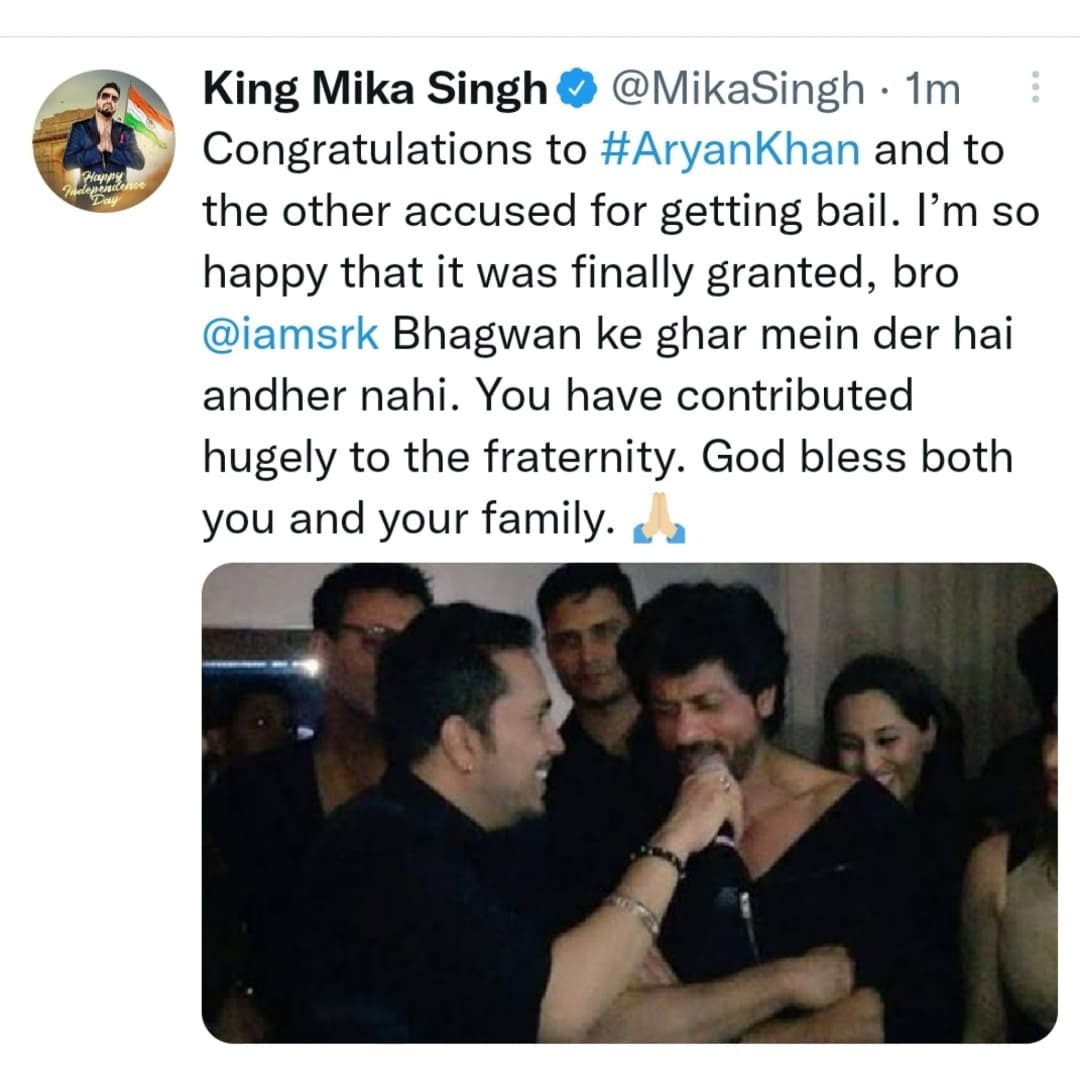 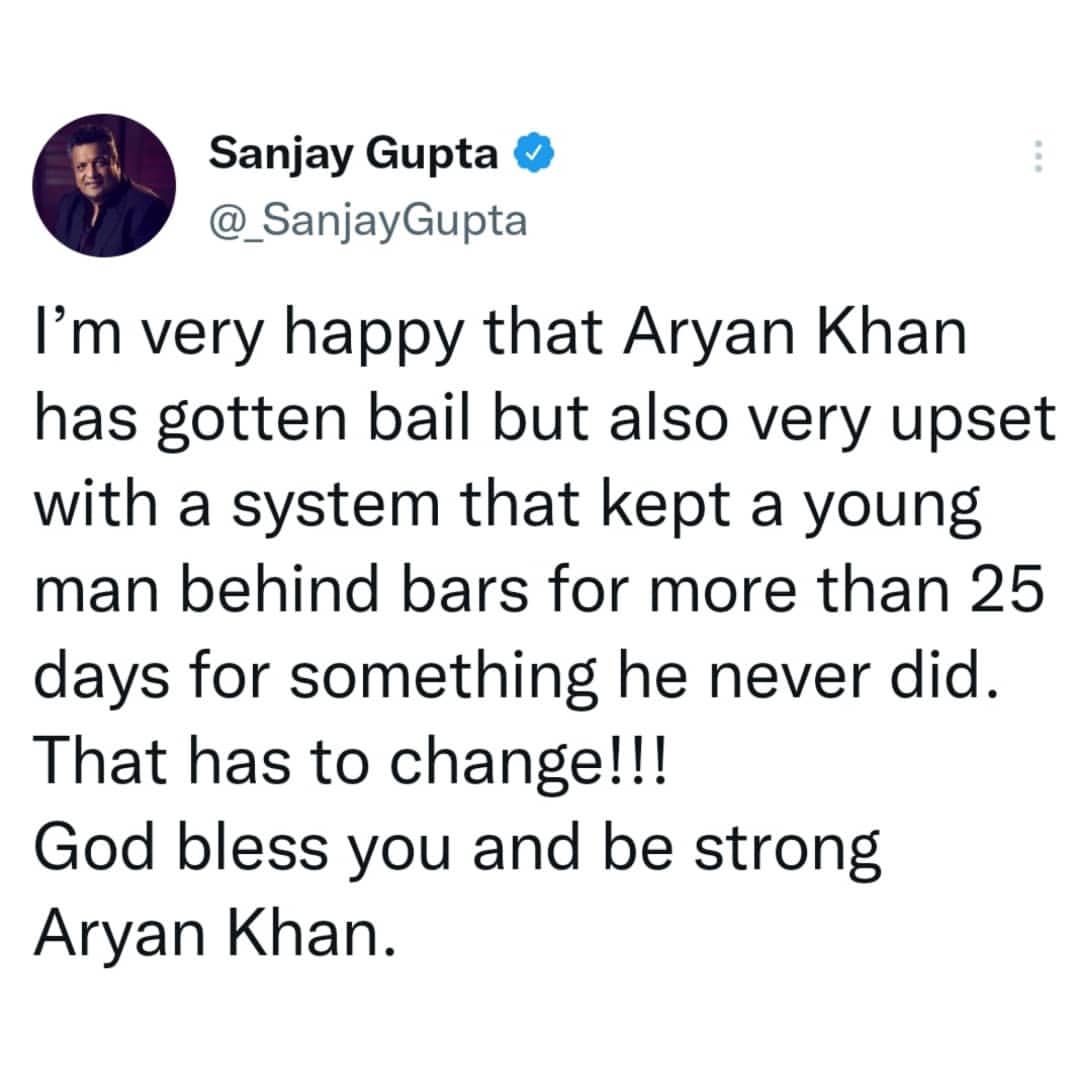 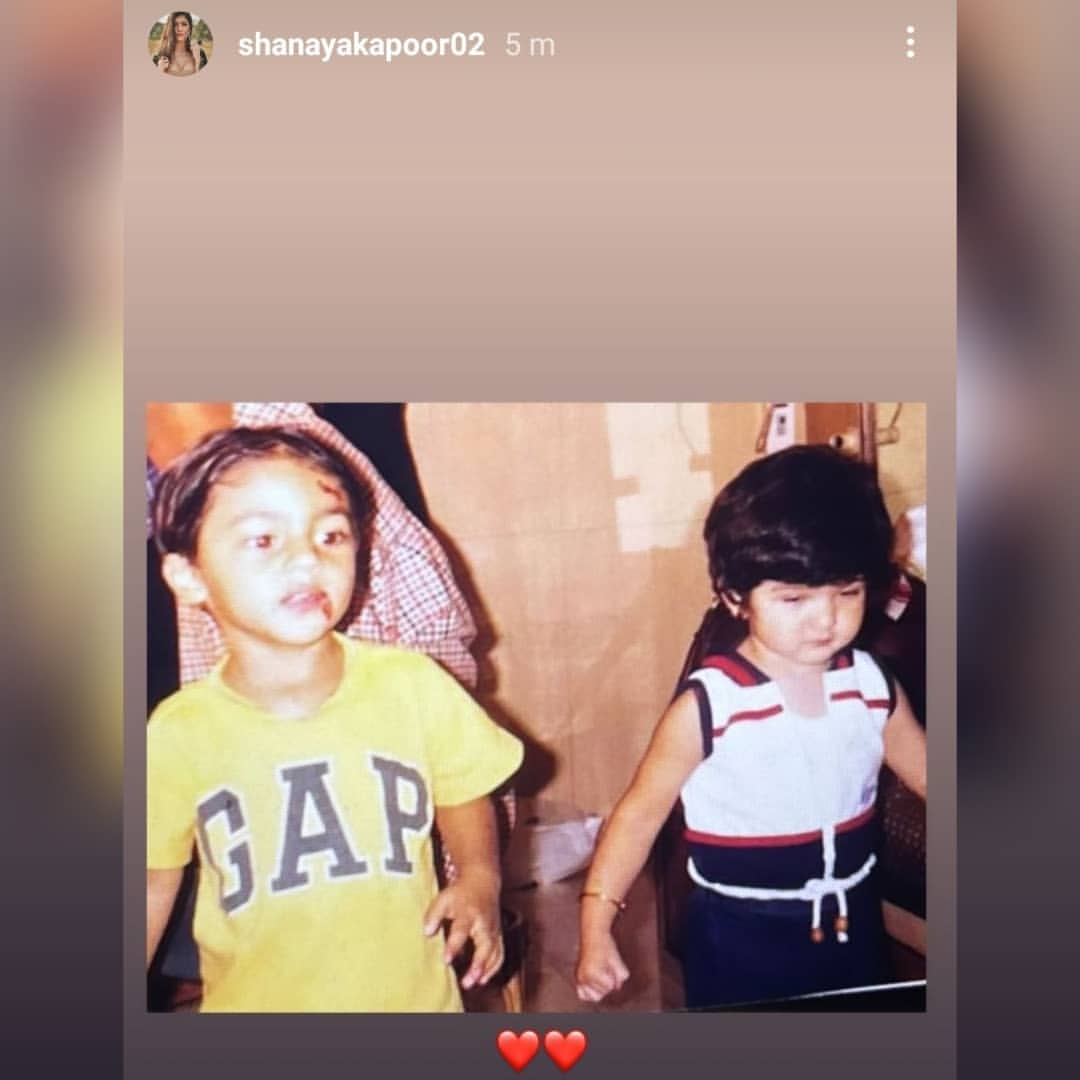 According to the latest reports, the celeb kid was granted bail after NCB (Narcotics Control Bureau) failed to prove Aryan's involvement in the drug racket. Also, the other two accused in the case, Arbaaz Merchant and Munmun Dhamecha also granted bail from the Bombay HC. However, all three of them will be released from jail tomorrow after a detailed order will be given by the court to the jail authorities.

Bollywood celebrities are rooting for King Khan and the judicial system!

Next Read: Aryan Khan's Unseen Picture With Daddy, Shah Rukh Khan Will Make You Wonder Why Time Flew So Fast 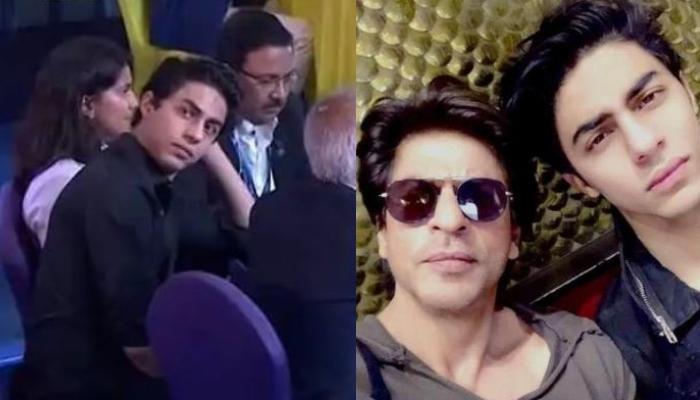 Time flies in the blink of an eye and there are no second thoughts about that! An apt reminder of the same is how the star-kids have grown up and are all set to make their own mark in the industry. And as excited we are to witness them making