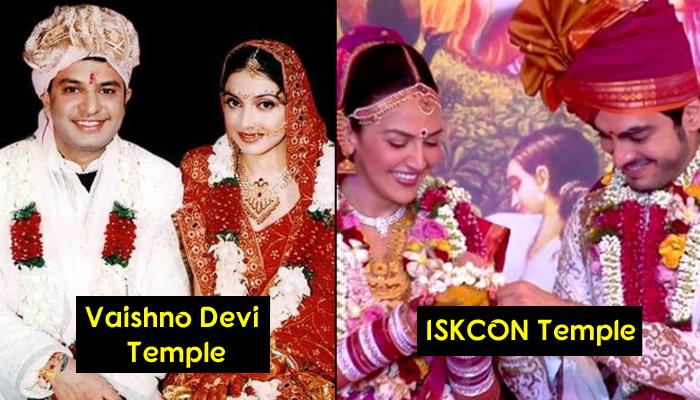 Some are fans of the big fat Indian wedding, some like to keep it private, some prefer foreign lands while others choose court over a church.

Recommended Read: 11 Bollywood Divas Who Were Blamed For Breaking Marriages And Becoming 'The Other Woman'

However, there are a few who follow the traditions and promise themselves to their partner in a temple where God is their witness. If you too, love to follow the customs, you will be happy to know where these celebs got married

Director Mohit Suri and actress Udita Goswami met during the filming of the movie, Zeher. It was Mohit Suri's directorial debut and Udita's second movie. They fell instantly in love with each other. After 9 years long wonderful courtship, they got married at the ISKCON Temple, Juhu in 2013. Their wedding was attended by their entire family. They now have a beautiful daughter.

Also Read: 11 Shortest Marriages That Bollywood And Telly World Has Ever Witnessed 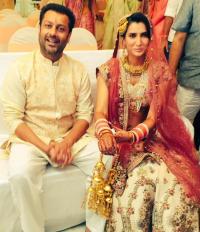 The director of Rock On and Fitoor, Abhishek Kapoor is one director with whom every actor wants to work. He is Tusshar and Ekta Kapoor's cousin. The famous director followed the traditional route and got married in a temple. He got married to a Sweden-based Bollywood actress, Pragya Yadav, in ISKCON Temple, Mumbai in 2015.

The Elvis Presley of India, Shammi Kapoor will always be remembered for his impeccable roles. Hailing from the first family of Bollywood, Shammi Kapoor met Geeta Bali in 1955 while filming the movie, Rangeen Raaten. Four months post the release of the movie, the couple tied the knot in Banganga Temples, Mumbai. 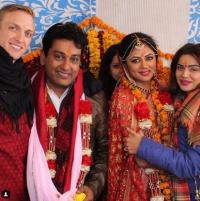 Chandramukhi Chautala of F.I.R, Kavita Kaushik tied the knot with her boyfriend, Ronnit Biswas on January 2017. After having a rough patch in her personal life, the actress found love again in Biswas. The couple decided to have a private wedding in a Shiv-Parvati temple in Kedarnath.

You May Like: 14 Bollywood Love Marriages That Ended In Shocking Divorce 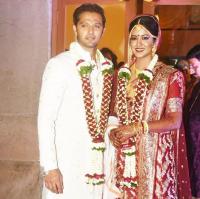 Whether it is a kid from Just Mohabbat, a teenage love in Tarzan or in a negative role for Ekta Kapoor's Ek Hasina Thi; Vatsal Sheth has always charmed his way to every girl's heart. The boy with the golden eyes recently got married to Ishita Dutta. They got married in ISKCON temple on November 28, 2017.

Nita Lulla's gorgeous daughter, Nishika Lulla got married to the businessman, Dhruv Mehra, on June 3, 2015. In the bright colours, the couple got married in the ISKCON temple, Juhu, in the presence of their friends and family. They hosted a vegetarian buffet, prepared in the temple kitchen.

Hema Malini and Dharmendra's daughter, Esha Deol got married to the businessman, Bharat Takhtani on June 29, 2012, in ISKCON Temple, Juhu. It was a South Indian wedding for the couple as the entire venue was decorated in orange and green.

Sanju baba a.k.a. Sanjay Dutt's second marriage was with a model, Rhea Pillai, after his fling with Madhuri went kaput. Sanjay met Rhea at the time when he was languishing in prison for the Mumbai bomb blasts trial. Riya stood with him through every thick and thin. In 1998, Sanjay decided to get married to Rhea and amidst close friends and family, they got married at the Mahalakshmi Temple.

Also Read: Most Expensive Divorces Of Bollywood That Made Celeb Husbands Almost Bankrupt

The reigning Bollywood actress, Sridevi fell in love with the top-notch Bollywood producer, Boney Kapoor, who was already married to Mona Shourie Kapoor and had two kids, Arjun and Anshula Kapoor. On June 2, 1996, in a simple temple wedding ceremony, love won against all odds and Sridevi and Boney got married. Sridevi was accused of being a home breaker back then, and as per a controversial story published in Stardust in 1997, Sridevi was insecure about Mona. The quote could be read as:

"It rankles her no end that Mona is still Boney's legally wedded wife, while she herself continues to remain his mistress, a temple wedding notwithstanding." 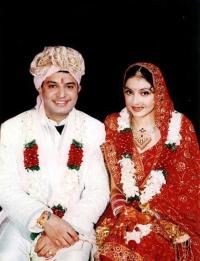 Actress-turned-producer, Divya Khosla Kumar decided on forever with Bhushan Kumar, the head of T-Series at the age of 21. Divya and Bhushan got married on February 13, 2005, at the Vaishno Devi Temple in Jammu. Their wedding was a simple and intimate one. Divya was quoted as saying in an interview:

"We got married at the Vaishno Devi Temple in Jammu. I wore a bridal suit, made by a tailor in Delhi. It is very heavy with gold embroidery. Bhushan wore a dhoti kurta for the wedding designed by Vikram Phadnis."

Choreographer, Sandip Soparrkar tied the knot with model-actress, Jesse Randhawa in a close-knit affair in 2009. Jesse and Sandip’s wedding took place at the ISKCON temple in a spiritual serene manner. But in 2016, Jesse and Sandip decided to part ways ending six years of marital bliss.

Traditions are beautiful and these celeb couples have proved it right. Getting married in the presence of the God makes you feel blessed. If you are in any doubt, we would say getting married in a temple is a special thing to do.