His hair, his dimpled yet angry man looks has helped him garner innumerous fan following since his Soldier days. He was almost on every director’s casting list and how we loved seeing him perform action sequences on screen! As time went by, we got to see lesser and lesser of this actor, who returned with a bang in 2018 with Race 3. As many of you must have guessed it right, we are talking about one of the famous Deol sons, Bobby Deol! (Do Read: Aishwarya Rai And Salman Khan Ensured Strict Ways To Avoid Each Other At Subhas Ghai's Birthday Bash)

Only a few actors have the proficiency to do action and comedy scenes with equally weightage being given to it and Bobby Deol, is undoubtedly one of them. Tell us truly, how did you feel when you saw a shirtless Bobby Deol in Race 3? Your heart must have skipped a beat, right? In repeated interviews thereafter, Bobby had revealed how happy he was to bag Race 3 and return to the silver screen after a long time. While we will get to the details later, do you know, the actor turned 50 yesterday, on January 27, 2019, and also gave us a visual treat? How is it possible? Read on! 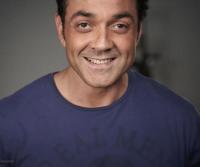 Known for keeping his family life as private as possible, Bobby Deol in a one of a kind post, took to Instagram and for the first time, posted a picture with his eldest son, Aryaman, who is hotness redefined! The picture also came with a heartfelt note penned by the actor, which could be read as, “If that’s how it feels!! Being 49 was amazing, 50 is going to be even better. I reminiscence the life experiences I have been through and how they have made me grow as an individual. I take the same opportunity to remember the amount of love that all of you dear to me have given me. It is this love that is my strength which keeps me going. My son is symbolic of this change. Finding a friend in his young father. I hope to continue living my life happily with all of you loved ones. I have turned 50 but I’m still always going to be the twenty-something young adult all set to win the world- Love Love Love to all.” 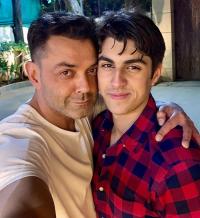 In an interview with Peeping Moon, Bobby had once revealed the reason as to why he keeps his family from the media glare. He was quoted as saying, “I have always tried to keep my family away from the public glare. Plus I do not want my kids to become celebrities before they achieve anything in life. Moreover, I haven’t been brought up that way.” Speaking about the ‘star kid’ concept reigning Bollywood, the Soldier star shared, “When I started working, I didn’t reap in any advantages of being superstar Dharmendra’s son. Luckily my son also feels the same and the alleged “star kid” concept. But now I have started going out more often, then there are more media happening to me at the moment. But I never thought about it that paparazzi will spot Aryaman out of nowhere and then all the hype will be created around him!” (Also Read: Bobby Took Tanya To The Same Place Where He Saw Her For The First Time And Proposed To Her) 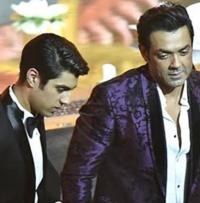 Do we get to see Aryaman on the big screen soon? His doting daddy revealed in the same interview, “My son needs to finish his education first. He needs to understand how every profession operates and get that knowledge. Both my sons are studying at the moment, but yes I do want to see them on the silver screen. That does not mean you need to put your education at stake. Study first, and then take the best decision for yourself. But at the end of the day, they will definitely come into films.” 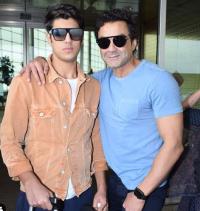 Speaking about if he is friendly with his sons in yet another interview, Bobby had shared, “Fathers and sons, ah! It’s difficult to be friendly. But I am trying to be friendly with my sons (Aryaman and Dharam). I was just sitting with the kids. It’s important that the father makes the first move. I was lucky I was the youngest. I travelled with my dad almost everywhere. (Laughs) I used to love bunking school and going to shoot to eat nice chicken rolls and pastries and all the goodies. I was never allowed to go out of the house after six in the evening. My life was so sheltered, dude! But today’s kids, well, you need to give them that space. You have to let them breathe. I believe in that way. I am from a different generation than my dad. You need to be more broadminded than what your parents were. You cannot let the kids feel restricted. They might react for not having that freedom.” 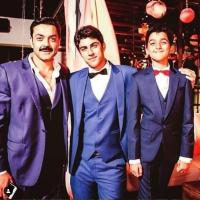 Further speaking about family and kids in another interview, the Barsaat actor revealed, “That’s how are the Deols are. Because I feel the influence gets to you. It’s best to stay away from the influence of this industry. It’s like a fake world out there. Everybody’s playing a part and we have never done that. We are what we are. That’s what makes the Deols. We don’t act in personal life. When we walk out, that’s us. No pretence. I want my kids to be real and natural. If they want to come into the movies or not, it’s their decision, I am not forcing them. I think they should study with their heart and mind. Luckily, my kids love to study. I want them to focus on whatever they start believing in and then do that. Obviously, show business is very attractive. (Laughs) You can’t keep them hidden for too long.” (Must Read: Sara Ali Khan Finally Confirms That She Once Dated Former Maharashtra CM's Grandson, Veer Pahariya) 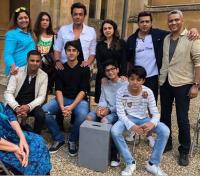 We totally agree with you, Bobby! We wish you a very happy 50th birthday and many more to come!