Bipasha Basu and Karan Singh Grover are enjoying their happily married life for over three years, and their 'just married' glow hasn't faded yet. Checkout how gorgeous they looked at a Diwali bash!

It is that time of the year again when the entire nation is busy spreading the Diwali cheer and indulging in lip-smacking sweets. Diwali is a perfect time to give our busy routine a rest and meet the family and friends. While Diwali is a week away, B-town cannot stop itself from partying. Recently, Bollywood producer, Anand Pandit threw a grand Diwali bash for friends and colleagues. And power couple, Bipasha Basu and Karan Singh Grover have made a stylish entry to it. (Recommend Read: Manushi Chhillar, Miss World 2017 Left Everyone Spellbound With Her Look At Her Sister's Wedding)

Before we take you further into the story, let us take a look back at Bipasha and Karan's #MonkeyLove story. Back in the year 2016, Bipasha and Karan had given us wedding goals by tying the knot in a fairytale arrangement. The rumours of their romance had started making rounds when they had gotten together for the shooting of the film, Alone (2015). A year later, Karan had gotten separated from his second wife, Jennifer Winget, and this confirmed his brewing love for Bipasha. However, the duo had accepted the rumours surrounding their love when they had announced their wedding date. And rest, as we say, is history! 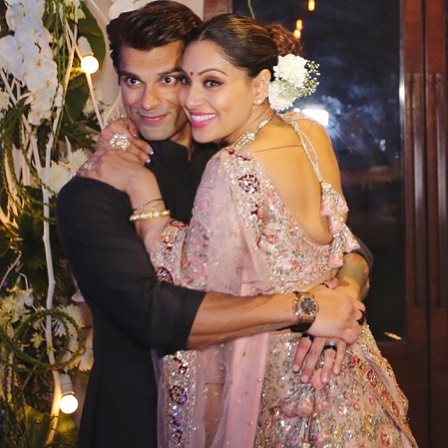 The duo is happily enjoying their marital bliss from past three years and their 'just married' glow hasn't faded yet. On October 19, 2019, Bipasha and Karan together attended producer, Anand Pandit's Diwali bash. For the party, Bipasha opted for a gorgeous red ensemble which featured a front slit kurta teamed with a tassled-palazzo and a sheer dupatta. On the other hand, Karan looked dapper in an olive green ensemble. Take a look at their pictures below: 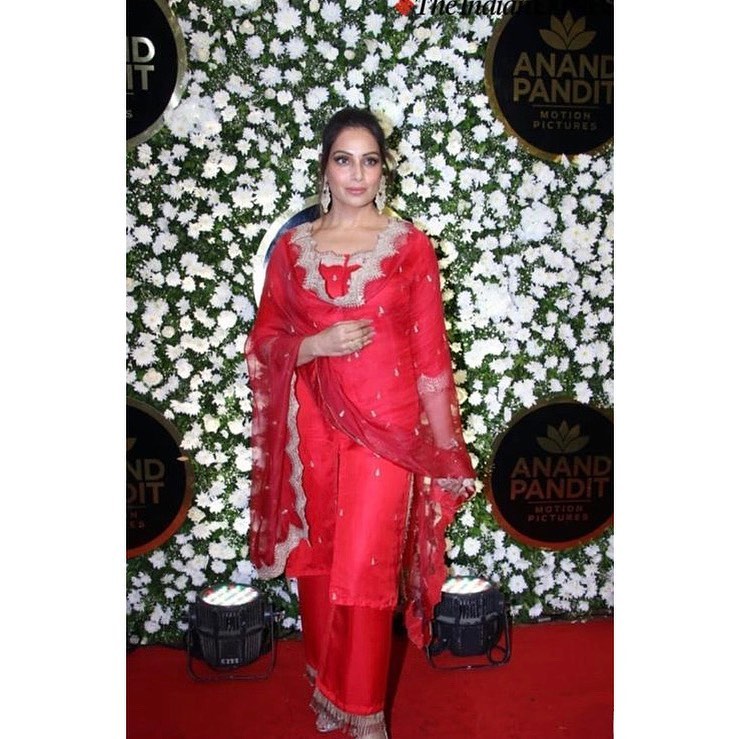 Coming back to their love story, in an interview, Bipasha had talked about her bond with her husband, Karan. She had shared, "I love Karan because we are like twin souls - we believe in enjoying life like traveling and loving nature. Kahan leke jaogi ye sab - we Indian tend to live like robots, save and die and so are unable to enjoy the money we have earned. It's about the choices you make in life." (Also Read: Neha Kakkar Enjoys Friend's Wedding With Rumoured Boyfriend, Vibhor Parashar And Looks Cheerful) In an interview with The Times of India, Karan and Bipasha had talked about their proposal story, and the actress had said, "Well, I believed in marriage, but I never thought I would get married. So when he proposed, my first reaction was, 'What are you telling me?' And." Karan had cut his wife in the middle and quickly added, "Let me complete the story for you. We were in Koh Samui, it was December 31 and the sky was lit with fireworks. I was carrying the ring with me and something told me that this is the right time. So while she was capturing the fireworks on video, I took the opportunity and gave her the ring." 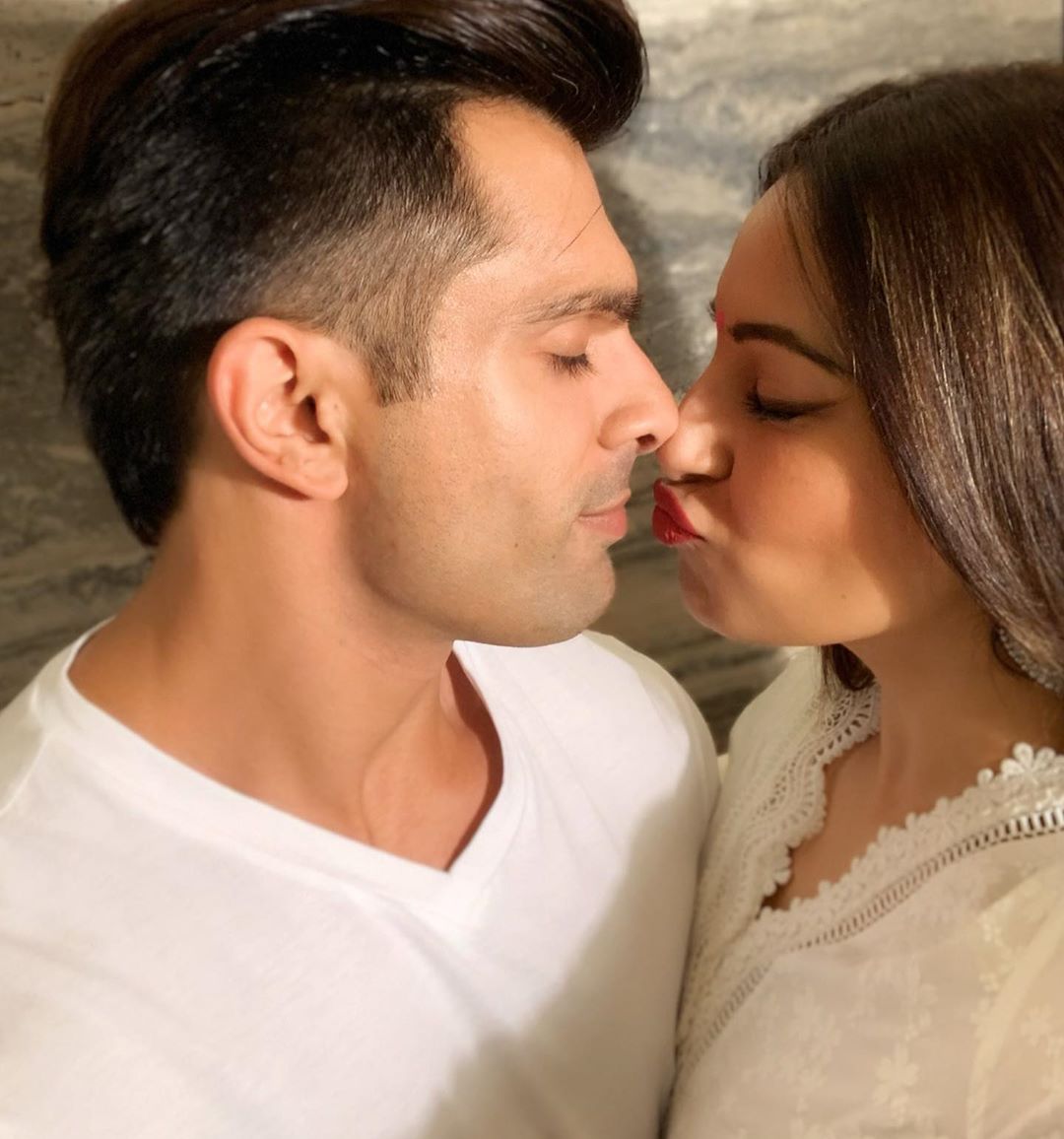 Karan is enjoying every second of his married life, and never misses a chance to talk about his wife, Bipasha. In an interview with the Hindustan Times, he had talked about the past three years with Bipasha and had said, "It’s been awesome, heavenly actually. Life has changed completely. The beautiful life that everyone talks about is now very evident. The understanding of what life is and what love is, what family is very clear. I am very lucky to have found her." 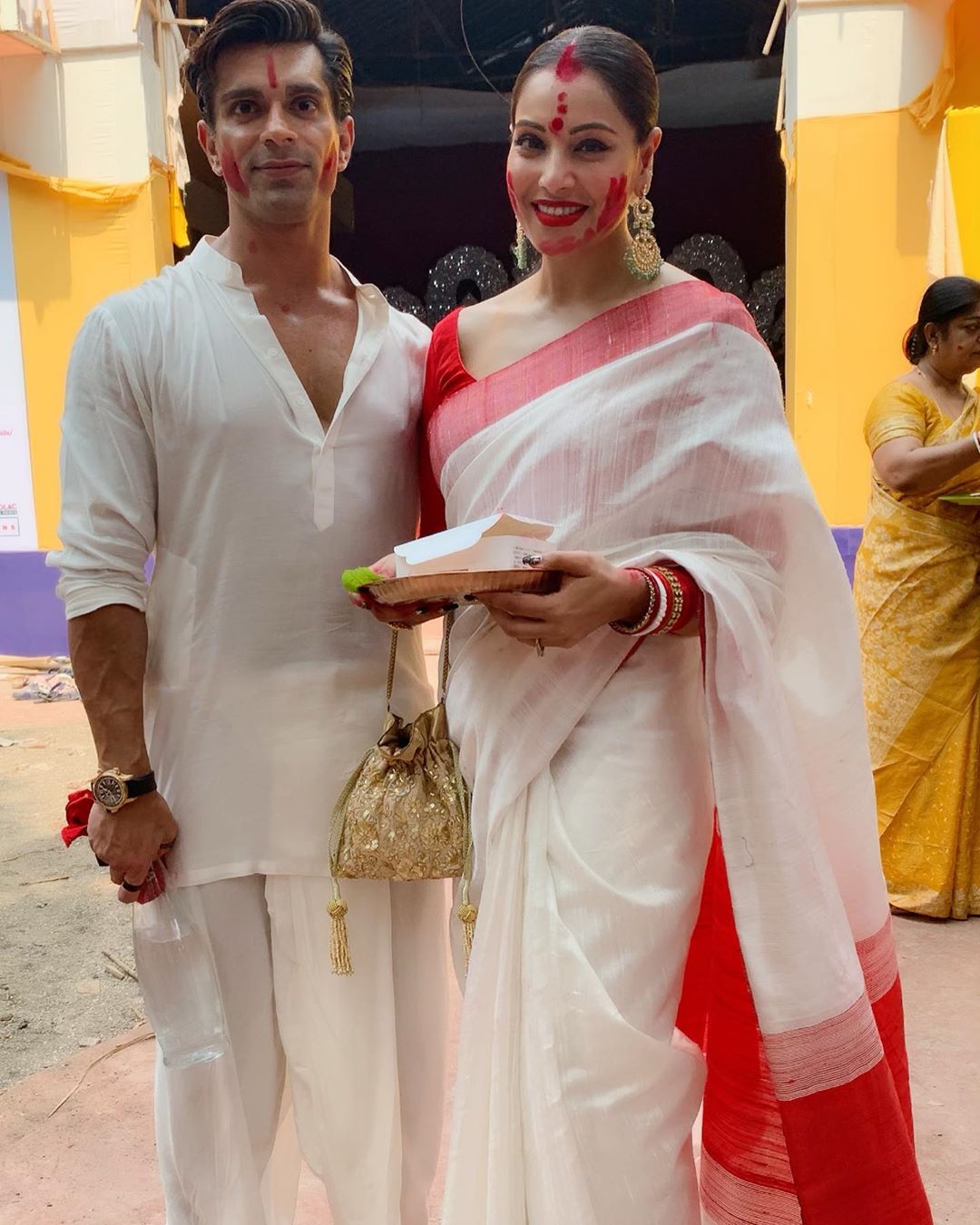 Bipasha also feels the same, in an interview with the IANS, she had said, "It has been four years together and now it's going to be three years for our marriage. It has been beautiful. I feel that it is important that your partner is like your best friend. So, we are in complete sync everyday. We do love to spend time together. Doing everything together. It is a fulfilling experience when you come back home and there is someone waiting for you." (Don't Miss: Raghu Ram Posts An Adorable Picture With Pregnant Wife Natalie, Flaunting Her Cute Baby Bump)

Well, we love Karan and Bipasha #MonkeyLove story and hope they stay like this forever!