One of the leading actresses of the black and white era of Indian cinema, Bina Rai, sometimes referred to as Beena Roy was famous for her performances in films like Ghunghat, Taj Mahal, Anarkali, and many more. Her illustrious acting career isn't the only thing that is still engraved in the hearts of the fans of Hindi cinema. But it was her marriage with iconic actor, Prem Nath that is still one of the most famous love stories of all time.

While working on the sets of their film, Aurat, Bina Rai, and Prem Nath had fallen head-over-heels in love with each other. The two had gotten married soon and were blessed with two sons, Prem Kishen and Kailash Nath, a.k.a, Monty Nath. However, not many are aware of the fact that Prem Nath was madly in love with Madhubala. The two stars were about to get married but they parted ways because of their religious differences. Once in a rare interview, Prem Nath's wife, Bina Rai had talked about her husband's sheer care for Madhubala throughout his life. 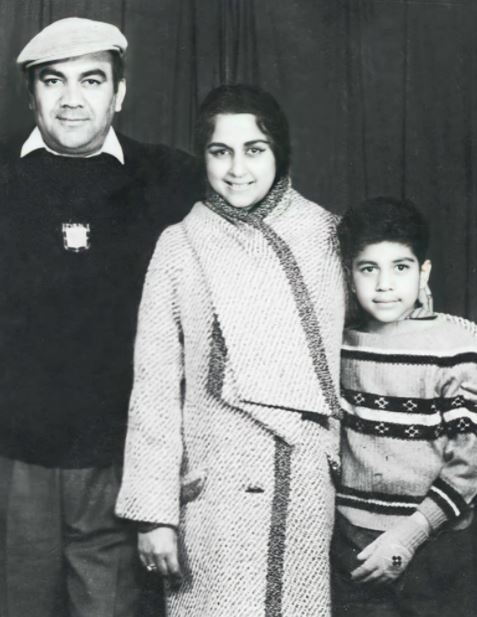 In 1996, Bina Rai had a heart-to-heart conversation with Cineplot, and had talked about her husband, Prem Nath, who had passed away four years ago in 1992. The actress had started her interview revealing that she has a nervous disorder, and it is something which she had inherited from her father. Bina Rai also shared that she wanted to make a comeback and do roles that suit her age. She was 64-year-old at the time of the interview. Bina Rai had said:

"I miss being a working woman. I'd love to play roles which suit my age."

Don't Miss: Throwback Picture Of Aishwarya Rai With Brindya Rai Proves She Is A Beautiful Replica Of Her Mother Going further in her interview, when Bina Rai left acting after her marriage with Prem Nath, the actress had clearly stated that it was her own decision, and her husband hadn't forced her to leave acting. She had explained:

"A hectic career and a home were difficult to handle. My husband would let me take my own decisions. He would neither complain nor would he insist that I go off to the studios. I had to make my choice."

The actress had also stated that she and her husband, Prem Nath had tried their best to manage kids and work together. But it was too chaotic, and in the end, she had made the ultimate sacrifice by saying goodbye to her acting career in Indian cinema after her film, Wallah Kya Baat Hai. Bina Rai had said:

"For a while, my husband and I did try to work things out in such a way that at least one of us would be at home. It just so happened that while his career was doing very well, I wasn't so busy and vice versa. Finally, I had to make the sacrifice… I opted to stay at home." 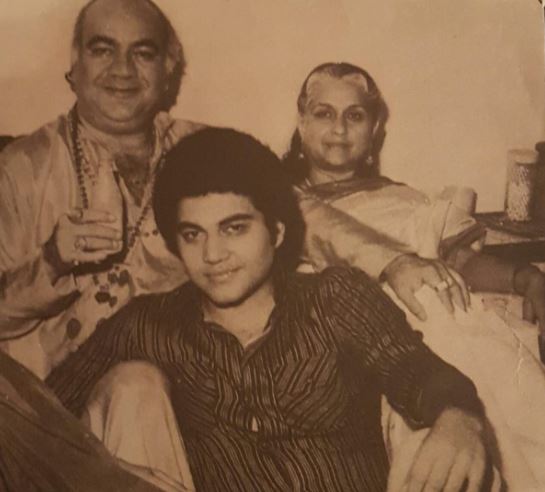 Leaving acting was indeed a massive decision for an actress, who was getting paid Rs.1.5 Lakhs per film at the peak of her career. Such was the aura of Bina Rai on the big screen. The actress had always dreamt of becoming an actress since her childhood. Just like all the legends, Bina Rai too had a rough road to success. The talented artist had threatened her parents to go on a hunger strike in order to receive a go-ahead from them. After so much chaos and drama, the parents had finally given their little princess a thumbs-up to follow her dreams.

You May Like: When Raj Babbar Confessed About His Affair With Rekha After The Death Of His Second Wife Smita Patil 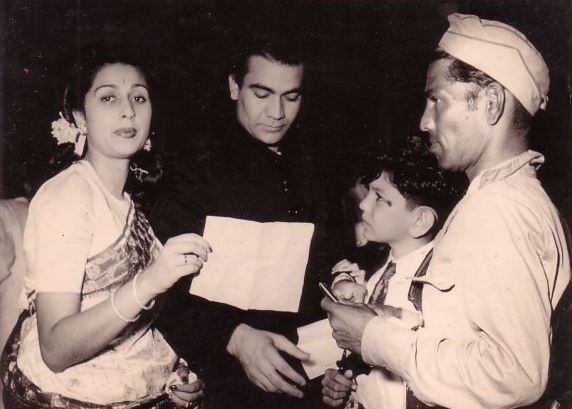 When Bina Rai reflected on her husband, Prem Nath and Madhubala's love story

Going further in her interview, when Bina Rai was asked about her husband, Prem Nath and Madhubala's love story, the actress hadn't hesitated for a second and had given some unfiltered statements. Bina Rai had admitted that her husband was madly in love with Madhubala, and they tried their best to get married. But because of their religious differences, Prem Nath's father had refused the idea of having a Muslim bahu for his son. Bina Rai had also added that Prem Nath and Madhubala had even gone to the famous hill fort, Haji Malang. She had said:

"The two even went to Haji Malang together." 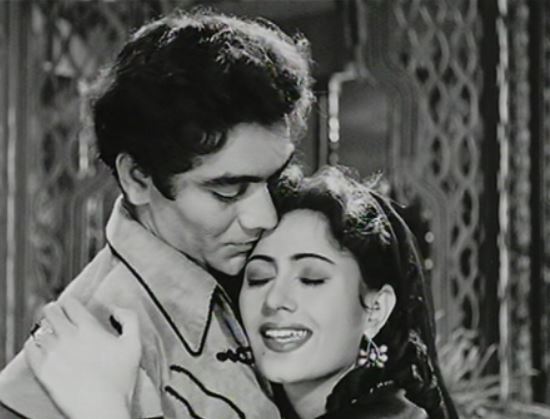 According to multiple reports in newspapers and celebrity magazines back in that time, Bina Rai and Prem Nath's wedding had disturbed Madhubala to the core of her heart and head. Reflecting on the same in her interview, Bina had also recalled, when Madhubala's health had started deteriorating. She had said:

"Yes they were in love. My husband was very upset about her condition. He couldn't accept the fact that she was seriously ill. They must have shared something beautiful but things don't always work out. Love stories don't always have happy endings… I'm told Madhubala was very disturbed on the day we got married." 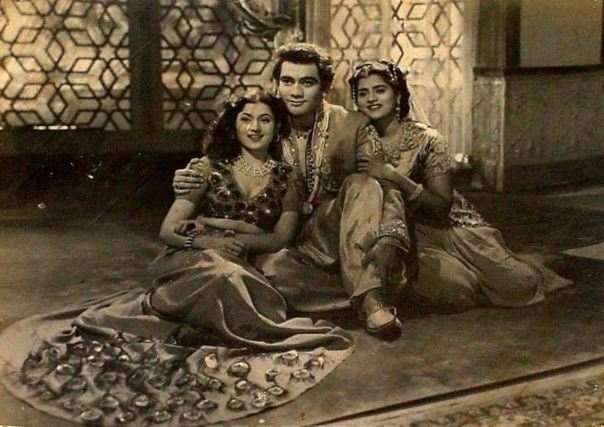 Bina Rai on her married life with her husband, Prem Nath

Talking about her marriage with her husband, Prem Nath, the doting wife had recalled their honeymoon period, and with a tremble in her voice, Bina Rai had revealed how much she misses him, every second of every day. She had said:

"We went for a shooting spell to Mysore… he'd take me on long drives to the Chamundi Hills. He had a good voice, he would sing songs of K.L.Saigal and Mukesh. I miss him very much. There's a big gap in my life, I realized how attached I was to him." 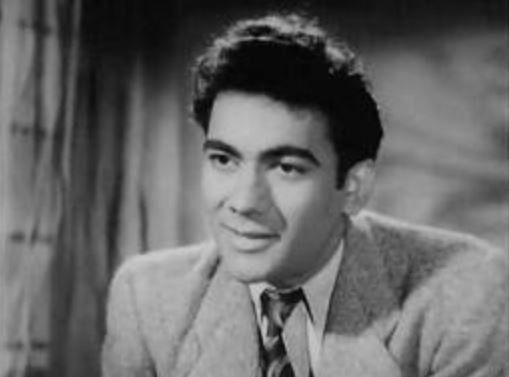 When Bina Rai was asked to react to the ground-breaking article by Film Lore, in which it was stated that her husband, Prem Nath was a tricky man to live with. To this claim, his doting wife had given a lovely answer that had shown the immense love she has in her heart for Prem Nath. Bina Rai had said:

"Aren't all husbands difficult? All marriages have their ups and downs. We had our set­backs too… yet the question of a divorce never occurred to either one of us. We made mutual adjustments and that's how our marriage… and love survived." At the end of her iconic interview, Bina Rai had recalled the beautiful memories from the sets of her film, Aurat and had unfolded the first chapter of her love story with Prem Nath. In 1953 when director B. Verma had brought Bina and Prem together on the big screen for the first time. During the course of the film's shooting, the two stars had fallen in love with each other. Such was their instant connection that the two had gotten married even before the completion of the movie. On September 2, 1952, Bina Rai got married to Prem Nath and the two had started their happily-after. After living a happy married life together for many years, it was on November 2, 1992, when Prem Nath had died due to a severe heart attack. The iconic actor had passed away just 18 days before his 66th birthday, leaving the entertainment industry shocked and numbed. After Prem Nath's demise, Bina Rai had lived a quiet and lonely life. The Filmfare Award Winning actress had died on December 6, 2009, due to cardiac arrest at the age of 78.