Bigg Boss OTT winner, Divya Agarwal and Khatron Ke Khiladi 11 fame, Varun Sood were the most sought-after jodi of the television industry. However, their breakup news had broken the hearts of their millions of fans. On March 6, 2022, Divya had announced her breakup with her longtime beau, Varun. Since then, fans have kept speculating the reason behind their separation. Today, on April 1, 2022, Varun turned a year older and to mark his birthday, many celebrities have poured their blessings and love, including his ex-girlfriend, Divya.

Every year, the actress used to put in a lot of effort to make her then-beau, Varun's birthday a happy one. From dedicating long and cute love-filled paragraphs to going on dates and dropping stunning pictures together, she had done it all. But, this year's circumstances are not the same anymore. The most adored duo is not together this year, but surprisingly, Divya did not fail to wish her ex-boyfriend. And now, their devoted fans are praying for their patch-up. 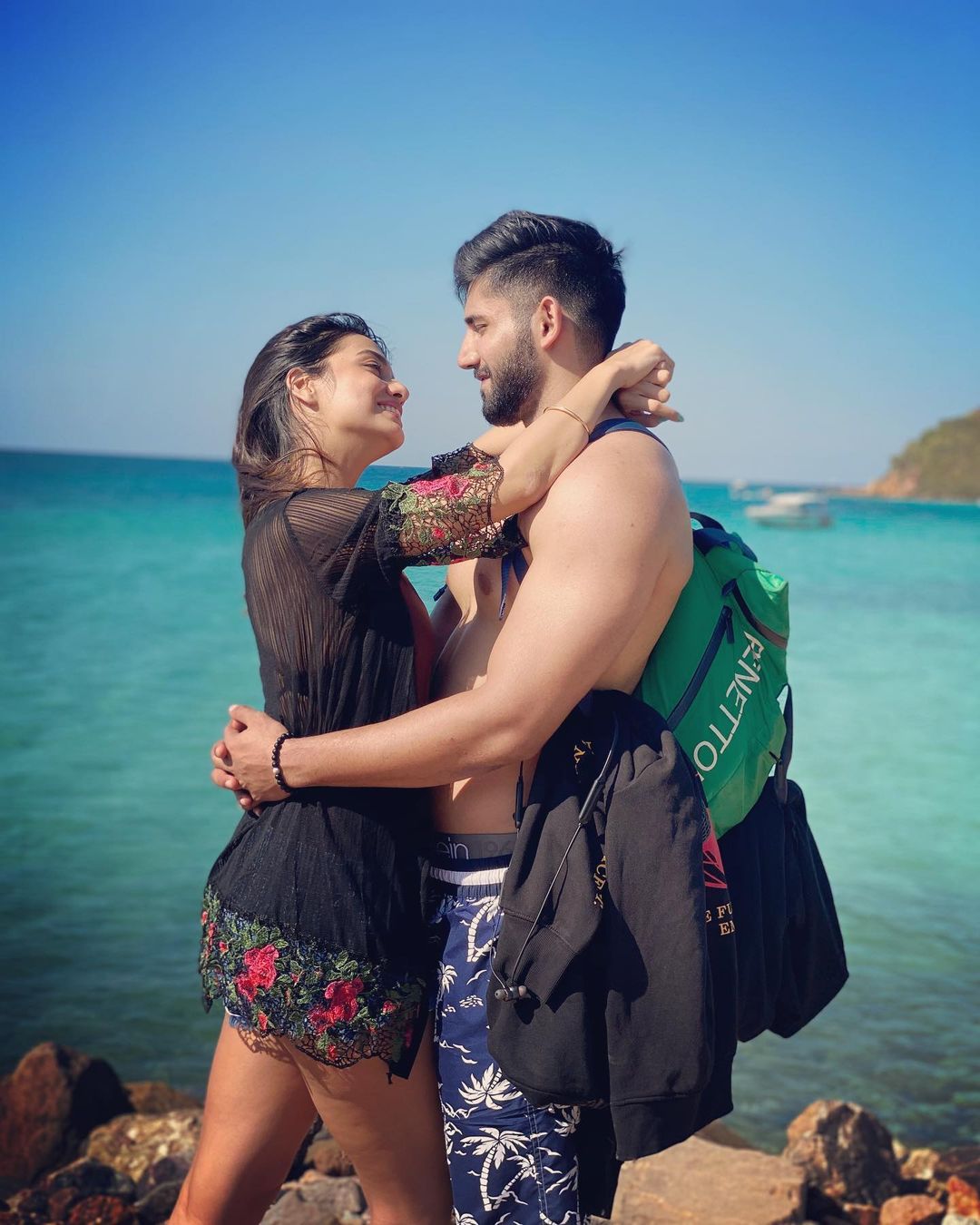 A few hours ago, Divya Agarwal took to her IG handle to wish Varun Sood on his 27th birthday. She posted an unseen picture of him and wrote a heartfelt note atop it. In the picture, Varun is seen wearing a casual black T-shirt with denim pants and a pair of sneakers. Not only this! Divya also commented on one of Varun's posts to wish him again. And in no time, he replied to her with a red heart emoticon. Check out the pictures:

On March 6, 2022, Divya had taken to her IG handle and had shared a picture showing half of her face. However, it was her long elaborated caption that had caught our attention. In the caption of her picture, she had announced her breakup news with Varun Sood, which came as a big shocker to everyone. She had bared her heart out in the caption and had written:

"Life is such a circus! Try n keep everyone happy, expect nothing that's true but what happens when the self love starts declining ? No i don't blame anyone for anything that's happening to me.. I feel worked up .. and that's okay .. I want to breathe n live for myself .. that's okay!" Further penning down, the actress had formally announced her breakup with her longtime boyfriend, Varun Sood. Divya had added in her caption:

"I hereby formally declare that I'm on my own in this life and would like to take my time to live the way I want to! No, it's not always necessary to have big statements, excuses and reasons for a decision. It's just my choice to step out of it."

Also Read: Vicky Kaushal Shares A Picture Of His Cosy Moment With Wifey, Katrina Kaif From Their Vacation 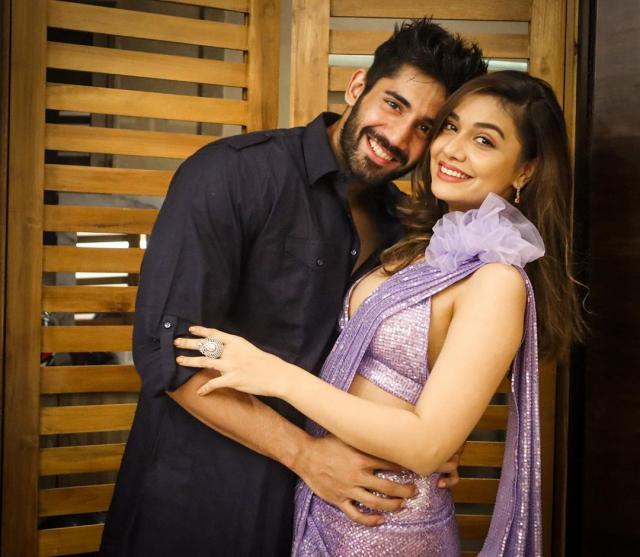 For those who don't know, on January 28, 2022, Divya Agarwal and Varun Sood had taken to their respective Instagram handles and had shared pictures of the 3D model of their dream house. The power couple had purchased their first house together, and they were super proud and happy to share the big news with their massive fanbase. Along with the pictures, Varun had written, "Floor 15 + Floor 14= FIRST HOUSE #satnamwaheguru #greatful" in the caption. Divya had also penned an emotional note in the caption that could be read as:

"My parents always empowered me and pushed me to have my own empire. Glad to share it with you guys that we bought our own house!!! Varun n I have always got little things and together we make it big… 1405- Divya 1505- varun Satnam waheguru @varunsood12." 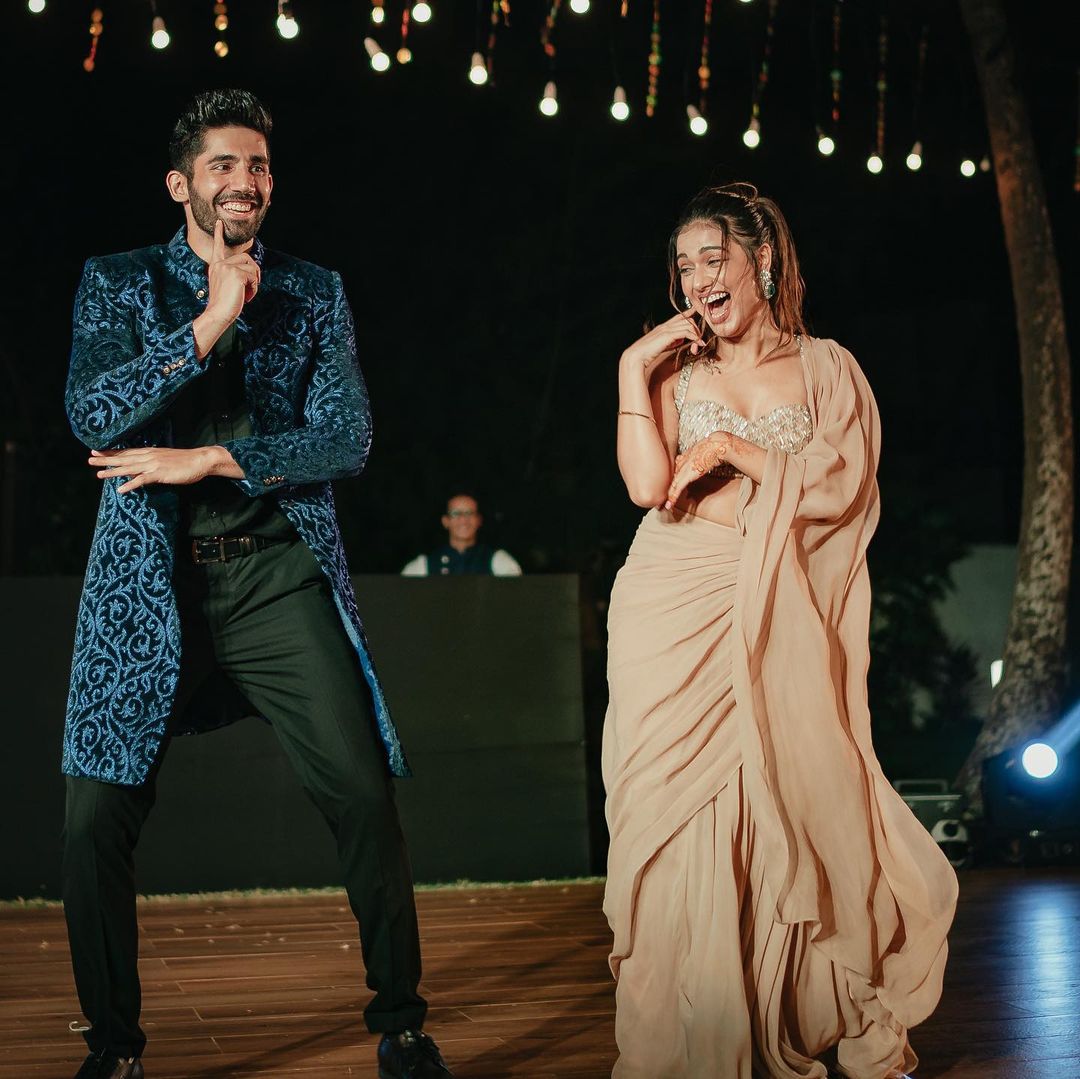 Earlier, on March 10, 2022, Divya had shared a post on her Twitter handle and had talked about how people have been forcing her to get back to her past, which is not possible for her. Further addressing her fans, she had requested them to stop trying. She had written:

"You know what hurts the most? people want to see me somewhere and I don't want to be there. They force, they threat, they cry.. nobody knows what happens in a house.. nobody needs to know ! This social pressure will not move me one bit ! SO STOP TRYING!" 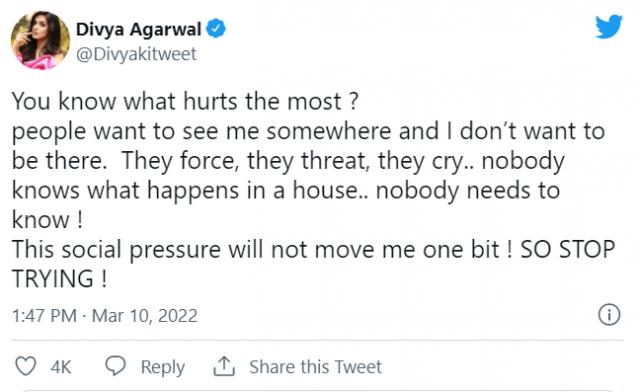