Love doesn’t know of any age hindrance or status bar. All that it boasts of knowing is two people, completely soaked in its feeling and living a life full of bliss and hardships, together. Speaking of age gap and living life, the entire nation knows that Bigg Boss 12 vichitra jodi, Anup Jalota and Jasleen Matharu’s pair has become whole of India’s sensation! (Do Read: Anup Jalota Is Angry With Jasleen Matharu When She Revealed Her Relationship Status As Single)

It’s not even a month since Bigg Boss 12 has started airing on national television and people are already going gaga over it. Thanks to wild card entries, interesting contestants, crazy tasks, constant back-biting and vichitra jodis, this season of Bigg Boss is entertainment, entertainment and entertainment! Also, evictions from the house has become fun (only for the viewers though!) and Sunday’s elimination showed a lot happening inside the house. 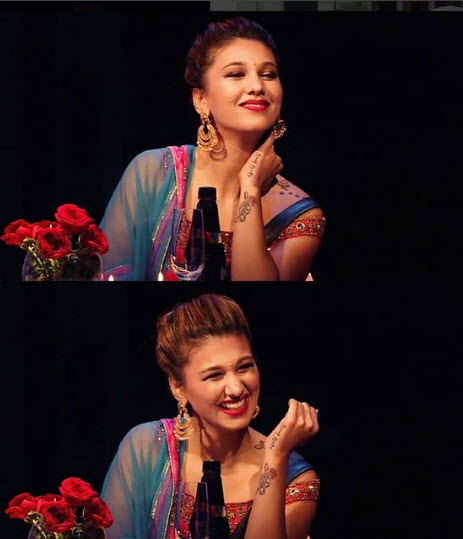 For those who watched the ‘weekend ka vaar’ episode, Jasleen and Anup Jalota’s pair was evicted out of the house. However, given their popularity, the jodi was given a choice of letting only one member enter the house. Anup Jalota chose to sacrifice and thus, Jasleen remained inside the house. While inmates believed what they saw, but the twist in the tale lies ahead! Anup ji was kept in a secret room with a television, wherein he could see all that is being said about him. More so, he could even see his muse, Jasleen Matharu, getting all close to co-contestant, Shivashish Mishra! In one of the teasers of the episode, Jasleen is seen eating from the same plate as Shivashish’s and laughing over the fact that she is very much single! Her boyfriend, Anup Jalota has been witnessing all this from the secret room and expressing his disappointment over the fact that Jasleen has no sorrow that her partner has been evicted. The teaser ends with ‘aisa jhatka’ coming out of Anup Jalota’s mouth. The next video has the inmates talking about the same. Checkout!

Interesting right? This is not the first time when the ‘single side’ of Jasleen has come out. What she claims to be a three-year-old relationship, a one-year-old video of Jasleen has it that she is “single and ready to mingle”, while looking for a boyfriend online! In the video, you will see her saying, “Toh kya koi hai, jo mere layak hai aur mera boyfriend banna chahta hai? (So, is there someone capable who can be my boyfriend?) Because I need a sweet, caring and understanding boy.” She further added that she wants to shower her boyfriend with loads of hugs and kisses! Well, if this video is one-year-old, was it all fake when she had shared that she and Anup Jalota have been dating for three-and-a-half years? Well, this calls for some thought! Checkout the video below: (Also Read: Jasleen Matharu's Father Says Anup Jalota Kept Coming To Their House, Didn't Know About Their Affair)

In a previous Bigg Boss task last week, remember how Anup ji broke-up with Jasleen due to her inability to sacrifice her clothes, make-up and hair for her partner. In case you missed it, this is what had happened. Anup Jalota was kidnapped during a task in the Bigg Boss house and Jasleen was asked to give away all her clothes, make-up and get her long hair cut as a ransom. Jasleen refused to do the same and that is exactly from where it all started. Next day, at the dining table, Anup Jalota was seen announcing it to everyone around about how hurt he is, with Jasleen’s gesture. And as a result, he has decided to part ways with her. A hurt Jasleen was seen crying profusely, while the inmates console her.

Jasleen’s father, Kesar Matharu is extremely hurt with his daughter’s decision of dating a man who is almost double her age. Speaking of how difficult it is to be taunted by relatives, he shared with The Times of India, “As a father I have always supported Jasleen and have brought her up like a son. I got her trained in kick-boxing, she wanted to learn singing I supported her in that too. But now my relatives taunt me by saying that she has taken advantage of the freedom given to her. As a father I will always pray for her well-being and want her to grow in life, but I will never accept her relationship. Her mother and I are equally hurt. She has stopped talking to me since the time she saw them on Bigg Boss 12. We are not able to go out as wherever we go people ask us about Jasleen and Anup.” (Don't Miss! 'Bigg Boss 12' Fame Jasleen Matharu And Anup Jalota Forget Old Worries Over A Romantic Date Night) 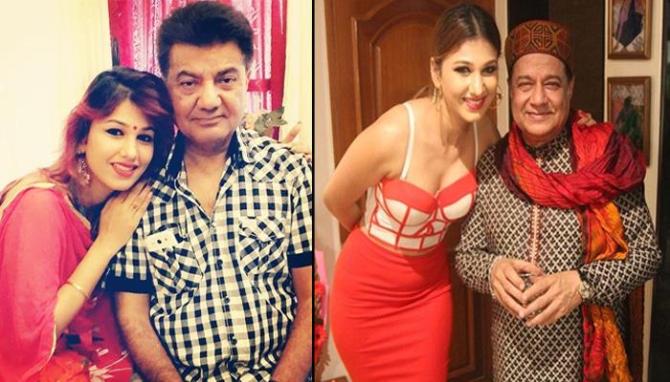 Guys, what do you think is brewing between Jasleen and Shivashish? Are you getting any ‘fishy’ smells in here? What do you think will happen after Anup comes out of the secret room? Stay tuned!