'Bigg Boss' fame actress, Dimpy Ganguly has shared beautiful pictures from 34th week of her pregnancy period while enjoying life in Dubai. Take a look at her family pictures! 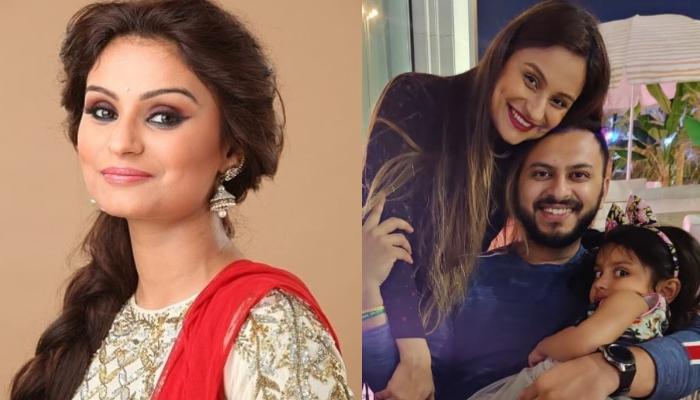 There aren’t a lot of actresses out there that shares the same kind of love story as Bigg Boss fame star, Dimpy Ganguly's love life. The television actress fell in love on a reality show with her Prince charming, Rahul Mahajan and went on to marry him after a dreamy relationship with him. But things didn’t last for too long and the two got separated after just 4 months of their married life. Sadly, there were reports of some physical abuse and after a series of controversial reports the two had filed for divorce in May 2014. And soon, it was the beginning of a new chapter in Dimpy Ganguly’s life with her handsome Dubai-based businessman, Rohit Roy. (Recommended Read: Akanksha Puri Covers-Up Paras Chhabra's Name Tattoo On Her Wrist With These Two Strong Words)

Dimpy Ganguly and Rohit Roy had tied the knot on November 27, 2015, in Kolkata and in June 2016, they had welcomed their first baby girl, whom they have lovingly named, Reanna. The duo has known each other since childhood and Dimpy even had a crush on Rohit. However, when they grew up things were different, but in 2013, Dimpy accidentally met Rohit in Dubai and that was the start of their magical love story. Currently, Dimpy is in 34th month of her pregnancy period and has shared some beautiful pictures from her vacations with family in Dubai. 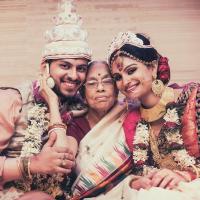 On February 29, 2020, Dimpy Ganguly took to her Instagram handle and shared some beautiful pictures from her vacation in Dubai. In the pictures, we can see her flaunting her baby bump with her husband, Rohit Ganguly, little daughter, Reanna, and other family members. Dimpy wrote a caption that can be read as “Celebrating 34 weeks! #countdownbegins #momlife #dubaimom” Take a look at the adorable pictures. (Don't Miss: Krishna Shroff Kisses Her Boyfriend, Ebam Hyams And Compares Him With Fish In This Cute Picture) 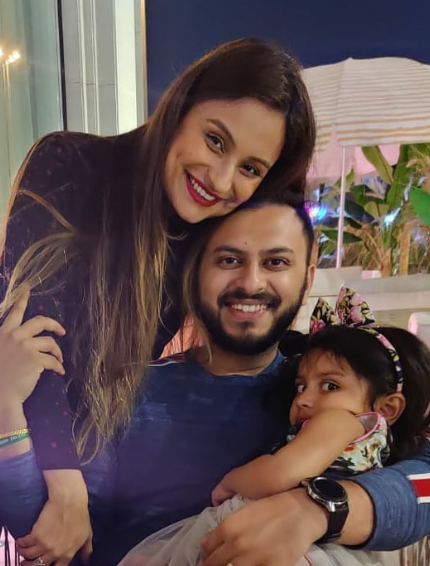 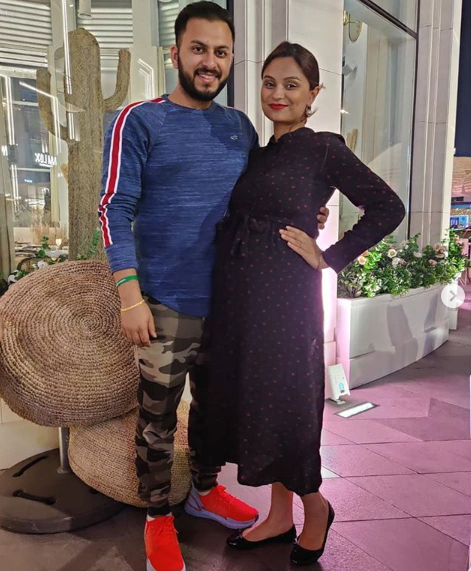 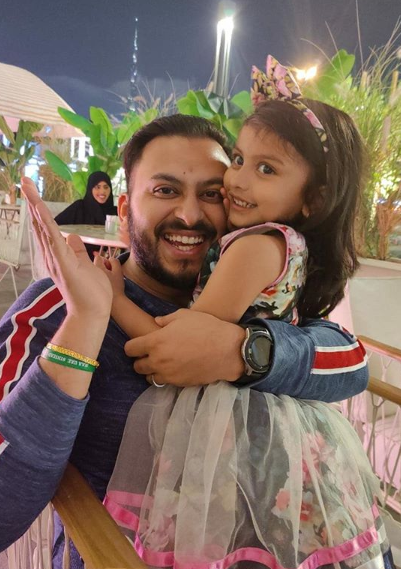 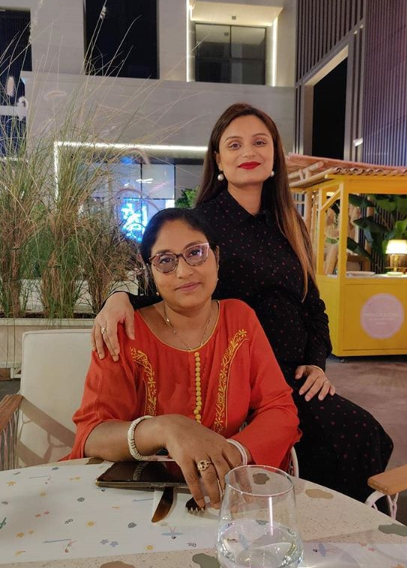 This isn’t the first time when Dimpy had shared her views and experience about her pregnancy. On November 30, 2019, Dimpy had taken to her Instagram handle and had shared a couple of pictures flaunting her baby bump and had revealed the news of her second pregnancy. Along with the stunning pictures, Dimpy had written a beautiful caption that could be read as "Being a mother has been one of my biggest achievements and I wear it like a badge because I take my job very seriously. I am giving shape to the future generation, and I feel responsible for it. My role as a nurturer has paid me back in ways I couldn't even imagine. Destiny has decided to bless me yet again and I couldn't have been happier." 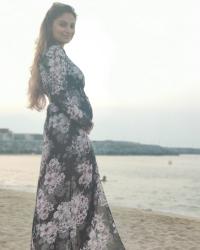 She had further written, "The beginning of this pregnancy came along with various hurdles; relocation with a child, while the husband had to be away most of the time because of more responsibilities at work, hunting for a house, a nursery, a school, an ob-gyn a paediatrician, a hospital all in the first trimester with nausea like never before! But as they say, fortune favours the brave, we have been fortunate enough to finally get all that we wanted because we dared to dream and only one word comes to mind - gratitude. Thankful for all the good that touch us every day! Hope we all can see and admire all that's truly good and happy in our lives instead of focusing on what's not. Happy Thanksgiving everyone!" In an interview with The Times of India, Dimpy had talked about her love story and had shared, "We were from different schools and would meet only during fests, but we could never talk about our feelings for each other. And then, I moved on. Strangely, I bumped into him in Dubai in 2013, almost a decade later, and that's when we confessed our feelings to each other." 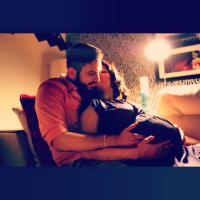 When Dimpy's daughter had turned one-year-old, she had written a long note for her that could be read as "She came to me wide-eyed and smiling after 3 days of labour at 1 in the morning. And it was really strange for me cos I am used to seeing babies crying right after they are born (courtesy Hindi cinemas) but not Reanna! Her eyes were the most distinct feature of her face. They were steel grey and full of wonder checking out this whole new place she has just entered with only one familiar thing - my smell. And although my first reactions were like "can I touch her?" And when I did I was almost expecting her to be a plastic doll so imagine my surprise when the skin felt warm with her blood pumping through all her parts!! I kept holding her skin to skin experiencing so many emotions all at once but the only words that came out were "oh my god!" (Also Read: Deepika Padukone's Strong Reply To People Saying, Ranveer Singh Invests His Money In Her Production) 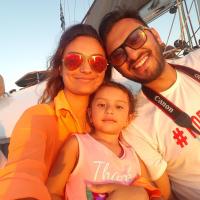 Well, congratulations Dimpy on embracing motherhood for the second time!