Bhupen Hazarika And Lata Mangeshkar's Affair: His Wife, Priyamvada Left Him After They Shared A Room

Once in an interview, the late Priyamvada Patel opened up about her husband and legendary singer, Bhupen Hazarika's affair with Lata Mangeshkar and accused them of sharing a bedroom. Find out!

It was on September 8, 1926, when one of the greatest singers in the rich history of the Indian music industry was born. Often known as Sudha Kantho, the Assamese singer, Bhupen Hazarika has inspired generations with his contribution to the music industry. Some of his most famous songs are Bistirno Parore, Moi Eti Jajabor, Ganga Mor Maa, Bimurto Mur Nixati Jen, and many more. In his illustrious musical career, Bhupen Hazarika received numerous awards like Padma Shri, Padma Bhushan, Bharat Ratna, Dada Saheb Phalke Award, and the list goes on.

Although he had an exceptional career, but not everyone is aware of his turbulent personal life. From finding his love and getting married to her in America to separation from his wife after coming to India, Bhupen's love story with his wife, Priyamvada Patel is simply unmissable. The reason? Well, it is the alleged involvement of legendary singer, Lata Mangeshkar in Bhupen's life. 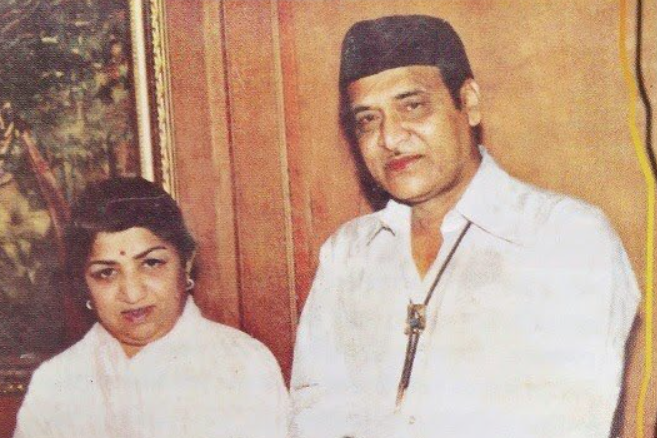 After almost one year of his death, it was in November 2012, when late legendary singer, Bhupen Hazarika's estranged wife, Priyamvada Patel had given an interview that changed everything. From news channels to newspapers, everyone was talking about what Bhupen's estranged wife had shared about him and the iconic singer, Lata Mangeshkar. 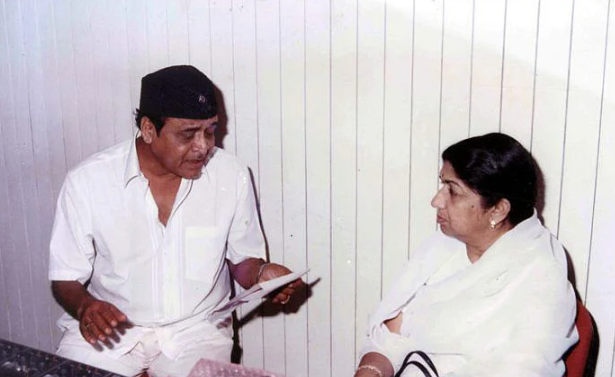 In a conversation with an Assamese television channel, Priyamvada talked about the factors that played a vital role in destroying her marriage with Bhupen. Answering the same, she shared a ground-breaking revelation about her estranged husband's personal life, as Priyamvada revealed that he was romantically involved with Lata Mangeshkar. Yes! She said it, and it had left the entire nation in absolute shock.

When Bhupen Hazarika's estranged wife, Priyamvada accused him of sharing a room with Lata Mangeshkar 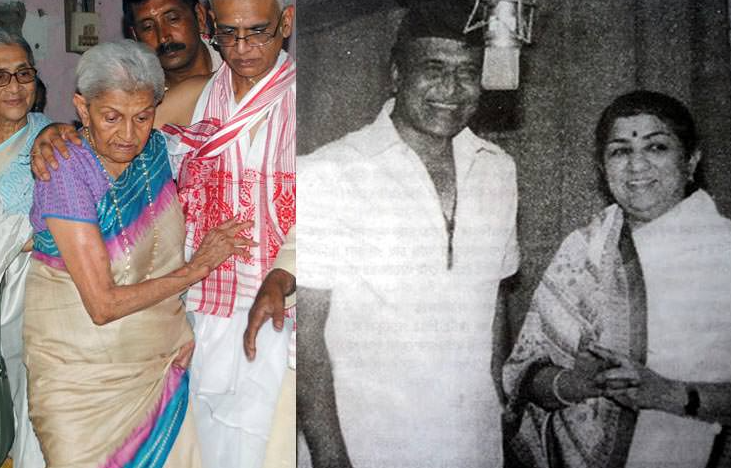 Going further in the conversation, Priyamvada Patel was asked to reveal some details about her estranged husband, Bhupen Hazarika's affair with Lata Mangeshkar. In response to this, she recalled her conversation with Bhupen, when he told her that in the Indian music industry, if a person wants to be successful, then his/her songs need to be sung by the country's top singer, Lata Mangeshkar. It was quite difficult for Priyamvada to digest such a statement from her husband. However, she had explained that this statement wasn't the sole reason why she had lost her complete trust in him. 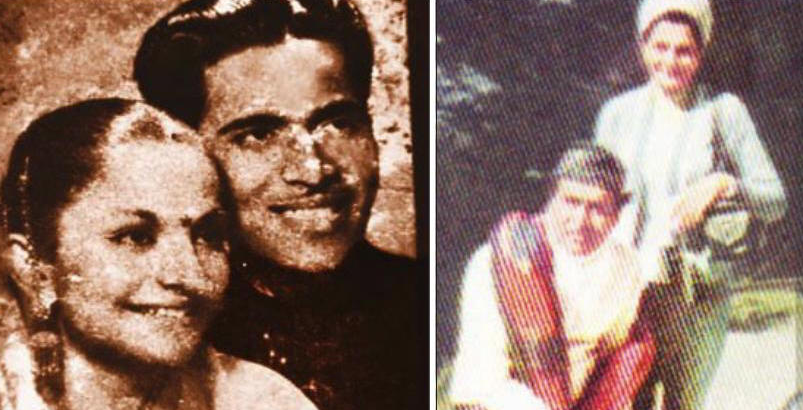 After Bhupen Hazarika told Priyamvada Patel this controversial statement about the condition of the Indian music industry, the latter had asked him why they were together inside a room the whole night. Revealing what her estranged husband had to say to her question, Priyamvada admitted that his answer had broken her completely. Hazarika had told Priyamvada that sometimes it's necessary to share the room. In her words:

"Lata was crazy after him. He (Hazarika) told me one day, 'Look Priyam, in India, if a musician wants to rise, his songs have to be sung by Lata Mangeshkar'. Later, when I asked him why he should be with a woman in the room the whole night, he said, 'ketiaba koribo lage' (sometimes you have to do it)."

Lata Mangeshkar's reaction to Priyamvada accusing her of having an affair with her estranged husband, Bhupen Hazarika 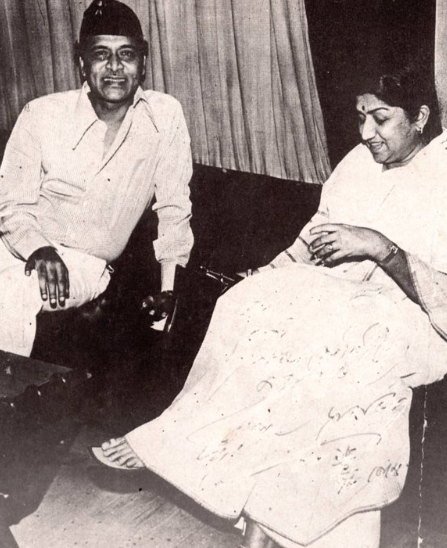 "I am quite shocked at the lengths people can go to. I've met this lady only once in my life. I don't know what she is talking about. I am definitely taking legal action." 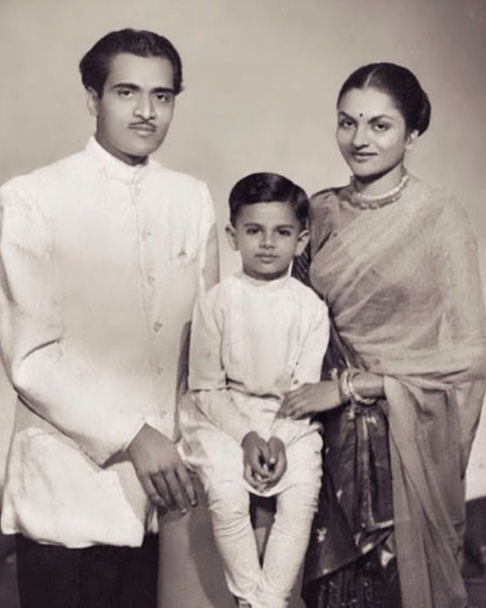 The legendary singer, Bhupen Hazarika had met Priyamvada for the first time when he had visited Columbia University, United States Of America. While the singer had gone there to perform, Priyamvada was studying there. However, after seeing her for the first time, the two interacted with each other and had instantly fallen in love with one other. After dating each other for some time, Bhupen and Priyamvada had decided to tie the marital knot, and it was in 1950 when they got married in the United States of America in the presence of their loved ones.

You May Like This: Anuradha Paudwal's Decision To Sing Only For T-Series Fueled Rumours Of Affair With Gulshan Kumar After two years of their happy married life, Priyamvada Hazarika and Bhupen Hazarika had embraced parenthood. The much-in-love had welcomed a baby boy into their lives, whom they had lovingly named, Tej Hazarika. After their son was born, Bhupen had decided to come back to India with his wife, Priyamvada and their baby boy, Tej, in 1953. However, returning to India, Bhupen Hazarika had struggled a lot in the Indian music industry, and at those times of financial constraints, cracks started appearing in their married life. Soon, Priymavada Patel left him and also took their son, Tej, with her. Years passed, and soon Bhupen Hazarika had started getting popular in the music industry, and the rest, as they say, is an illustrious career filled with awards and accolades. 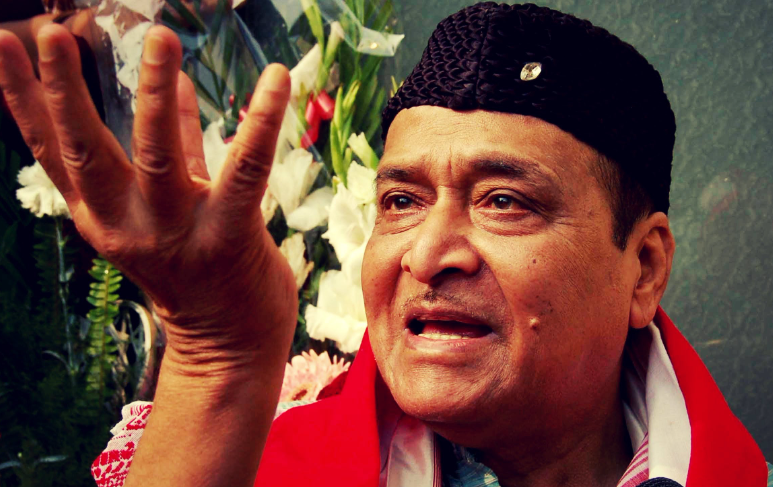 For the unversed, it was on November 5, 2011, when Bhupen Hazarika died due to multiple organ failure at the age of 86. After some years, on July 15, 2015, Priyamvada Patel passed away after she suffered a massive cardiac arrest.

Also Read: When Lata Mangeshkar Revealed That She Thought Kishore Kumar Was 'Following' Her