According to reports in ANI, Bharti Singh has been arrested by the NCB, and she has allegedly accepted consuming drugs. Scroll down to know more! 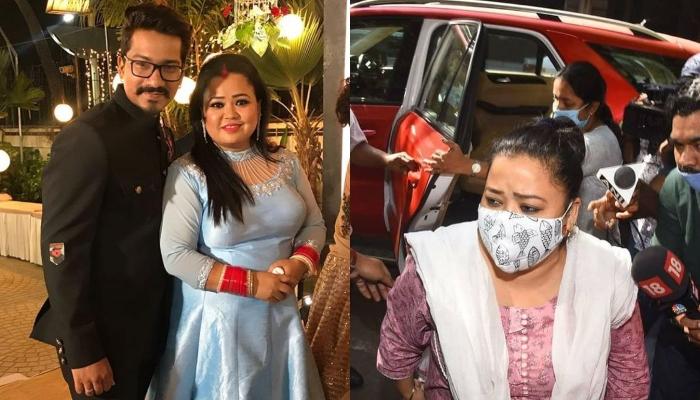 The death of Bollywood actor, Sushant Singh Rajput had paved way for an extensive investigation which had resulted in the unveiling of a drug nexus in Bollywood. And after Bollywood, the claws of NCB had reached to the small screen as well when we had witnessed Abigail Pande and Sanam Johar's house being raided by the NCB. Post this, many names had made it to the headlines in the nexus of drugs. The latest ones to join the list are comedian husband and wife, Haarsh Limbachiyaa and Bharti Singh. Bharti and Haarsh's house was raided by the NCB earlier today. (Recommended Read: Sana Khan Gets Married To Mufti Anas From Gujrat After Quitting Bollywood [Pictures Inside])

Earlier today, NCB had conducted a raid at Bharti Singh's residence at Mumbai as reported by ANI. Their tweet could be read as "Narcotics Control Bureau conducts a raid at the residence of comedian Bharti Singh in Mumbai: NCB #Maharashtra." According to a report in ABP news, the raid was conducted by NCB in Andheri, Lokhandwala and Versova area. The couple was summoned for questioning by the NCB.

Earlier, the reports had said that the couple was summoned for questioning only. But now, things have taken a rather dramatic and unexpected change. According to reports in ANI, Bharti Singh has been arrested by the NCB, and she has allegedly accepted consuming drugs. Bharti's husband, Haarsh Limbachiyaa is under examination. ANI tweeted, "NCB raided production office & house of comedian Bharti Singh & from both the places 86.5 gms of Ganja was recovered. Both Bharti & her husband Harsh Limbachiya accepted consumption of Ganja. Bharti Singh arrested & examination of Harsh Limbachiya is underway: NCB."

Bharti Singh and Haarsh Limbachiyaa had first met each other on the sets of Comedy Circus, wherein, Bharti was one of the contestants and Haarsh was a scriptwriter. They had felt a connection when they had worked together. Later, Haarsh had proposed Bharti, and after dating for a few years, the two had tied the knot on December 3, 2017. Now, they are living their 'happily ever after' together. (Also Read: Ankita Lokhande Feeds Vicky Jain's Nephew And Niece, Abeer And Abeera On Their 'Annaprashan') 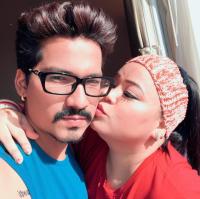 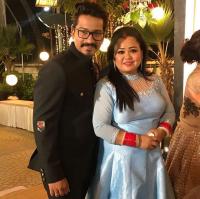 Talking about their love story, in an interview with the Hindustan Times, Bharti had shared how Haarsh loves her inside out. She had shared, "We might have progressed in other areas, but the Indian mentality remains the same. Society still differentiates between girls and boys. Parents think who would marry their daughter if she gets fat. When a boy is fat, he isn't asked to lose weight, but a girl has to be slim in order to get married. Girls go into depression due to the pressure. They go to gyms and work out like crazy to lose weight, and that might not be easy for everyone." (Don't Miss: Aly Goni Imitates Rumoured GF, Jasmin Bhasin On Camera As She Gives A Message To Disha Parmar)

Motherhood is a journey down the unexpected road that you never thought you can walk on. For every woman, it is a blessing to bring a life into this world. The moment you become a mother, you realise your true strengths and an immense amount of love you were holding in