Bharti Singh's Wedding Card Is Unique And Extremely Beautiful, This Is The Man Who Designed It!

Bharti Singh's Wedding Card Is Unique And Extremely Beautiful, This Is The Man Who Designed It! 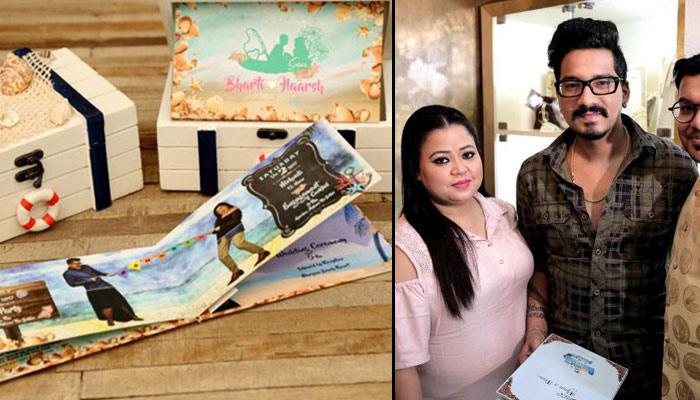 There is no greater news from the tinsel town than celeb marriages. And when it comes to celeb marriages, there is only one couple whose name flashes across our minds and heart these days.

Yes, we’re talking about the laughter queen of India, Bharti Singh and her hubby-to-be, Haarsh Limbachiyaa. We all know that they will tie the nuptial knot on December 3, 2017 in Goa. Quite clearly, with barely a month left now for the D-day, the buzz and excitement, is only going uphill every day. We brought to you the story of the couple’s amazing way to announce their wedding date, in which, Haarsh can be seen lying down with his knees bent and Bharti is sitting on his knees, making her own chair out of her would-be-hubby’s legs. Check the wonderful story here. 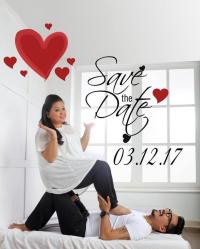 Then, we also took you the streets of Delhi where Bharti and Haarsh strolled for their shaadi ka card, and landed into a place called Puneet Gupta Invitations, and finalized their wedding card.

Also Read: 8 Plus Size Television Actresses Who Have Proved That Flab Is Fabulous 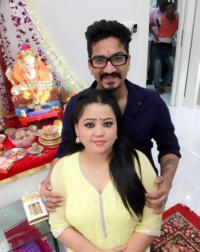 Now, we’ve another wonderful thing to show to you guys. Guess what? We’ve got our hands on the first looks of their wedding card exclusively.

Interweaving a nautical theme, the invitation card beautifully incorporates the couple’s fun personality on every page of the invitation. To give a rustic feel, the wooden box has been hand painted with utmost intricacy and detail. The beach theme has been further highlighted with the use of seashells, beach net and a classic water tube.

Don't Miss: 5 Hacks To Look Stylish In Plus-Size Wear That You Didn't Know

From the wedding logo to the 3D pop-ups, every element is a reflection of their wedding destination. This nautical invite starts with 3D pop-up faces of the couple, Bharti is seen carrying Haarsh on her shoulders with the tagline Dulha hum le jayenge. 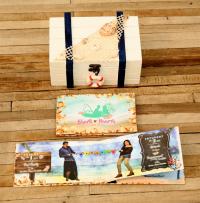 “To add a comical element in the frame, an etching of a beach where Bharti and Haarsh are indulged in a tug-of-war and are confidently holding a banner that bears their wedding hashtag #Bharsh. The viewer is then transported to a world of nautical fantasy and fun.”

Rolling onto the wedding day, the final scene is a blend of romance, enchantment and a fairy-tale ending. With Bharti and Haarsh beautifully portraying their inseparable bond, the sky is full of 3D pop-ups of love-laden hearts, hot air balloons and fancy fairy lights.

You May Like: 'Meri Durga' Fame Paras Is In Love With His Co-Star, New Couple In The Making

“As Bharti and Haarsh want their wedding favour to be a secret, we leave you to ponder upon their magical union.”

Suggested Read: Even After 13 Years, The Love With Which Apurva Clicks His Wife Shilpa's Pics Is Beyond Words

Puneet Gupta Invitations is a luxury invitations and gifts boutique for the modern day clients from around the world. Puneet is known to develop customised invitation cards and boxes for all special occasion and makes the first impression quite unique and talk of the town for its clients. 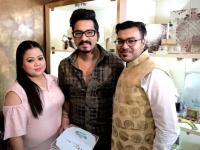 Puneet Gupta is known to celebrate the liberty of luxury and style for every special occasion. The designer has been the favourite amongst its discerning clientele of Royalties of India, Politicos, Business families, Fashion icons and a long list of admirers.

The designer has been a part of some of the most prestigious bridal platforms of the country like Vogue Wedding show, India Couture week and television shows on NDTV Good Times, Aspire on Bloomberg TV and MTV. The designer has also been featured in the Coffee table book- Great Indian Wedding for his exceptional work in the industry and has been award with the Industry's WOW Award, GIWA Awards and Spot-light Awards.

This is how Bharti's wedding invite discussion went like:

Wow! Isn’t it the most beautiful wedding card we’ve come across in the recent past? What’s your most favourite feature of the card? Do let us know in the comments section below.

Next Read: Stylish Outfits Every Plus Size Bride Can Steal From Comedy Queen Bharti Singh 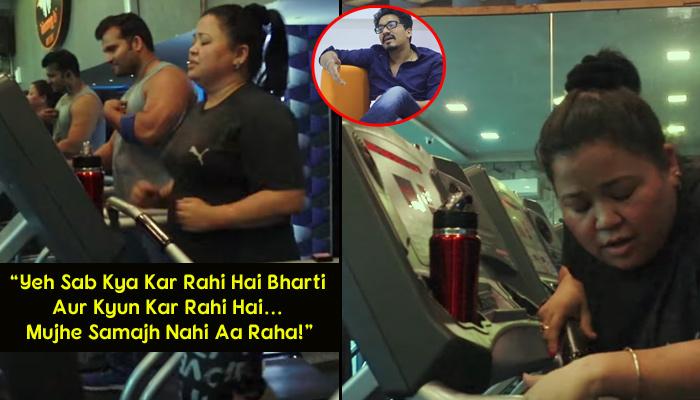 ‘#bhartikibaraat’ – A hashtag that all the netizens have been searching about from the past few days and getting the glimpse of how their favourite, Bharti, is preparing for her wedding. Bharti has been very excited for her wedding with her long-time beau Haarsh and so much so that she