Ever since the inception of Bigg Boss season 12, two contestants who entered as a jodi have been grabbing many eyeballs and they are none other than Anup Jalota and Jasleen Matharu. When they came on the show as a couple, it was a shocker to everybody that Anup ji is dating a much younger and budding singer, Jasleen. While their 37 years of age gap has made many call them names, Jasleen and Anup ji have shown themselves as a mature couple. (You May Also Like: Raveena Tandon On Workplace Harassment: How Heroes' Wives, Girlfriends Got Her Fired From Films)

Well, last week of Bigg Boss has been the most interesting till date wherein viewers could see friends becoming foes to each other, some major fights, some drama and even change in equations. Later the week, we also saw that Shivashish and Deepak were announced as two contenders for the captaincy. And their task was to guess the secrets of the other housemates. One had to guess at least 5 correct answers in order to win the task and become the captain of the house.

So, when the task started, many of the interesting details were revealed. One amongst those secrets that raised everyone’s eyebrows was of Jasleen. The secret that was displayed on the television screen could be read as, "Mera ek famous celebrity ke saath ek gehra rishta tha aur mere abhi ke partner bhi nahi jaante iss baare mein (I was in a serious relationship with a famous celebrity and my current partner doesn’t know about it)." Instantly, when this was shown, many housemates guessed it was Jasleen, but Anup reiterated and said that he is her current partner, and he knew all her past affairs. Nonetheless, after pressing the button Shivashish took Jasleen’s name, it turned out to be correct.

After all this, Jasleen came to Anup ji for some clarifications, but to her surprise, he said that he knows all about her past relationships. After his reaction, shocked Jasleen asked Anup ji as to how does he know about it, to which he said, that affair was very common in the musician’s circle. This was when he murmured the name and said ‘Sukhi’ (famous singer Sukhwinder Singh is called Sukhi in the industry). Afterwards, Jasleen made it clear to him that it was a thing of past and she doesn’t have any feelings for him now. (Also Check: Sreesanth's Wife Bhuvneshwari Targets Dipika Kakar, Shoaib Ibrahim Strongly Defends His Wife)

For the ones who don’t know, Jasleen Matharu has also done a music video with Sukhwinder Singh named, Naachunga Saari Raat. There have been a number of pictures the two shared on their official Instagram accounts during their one-year long relationship. (Suggested Read: Unseen Pictures And Videos Of Prince Narula And Yuvika Chaudhary's Wedding Reception In Chandigarh)

What do you guys have to say on this shocking revelation? Do drop your comments below! 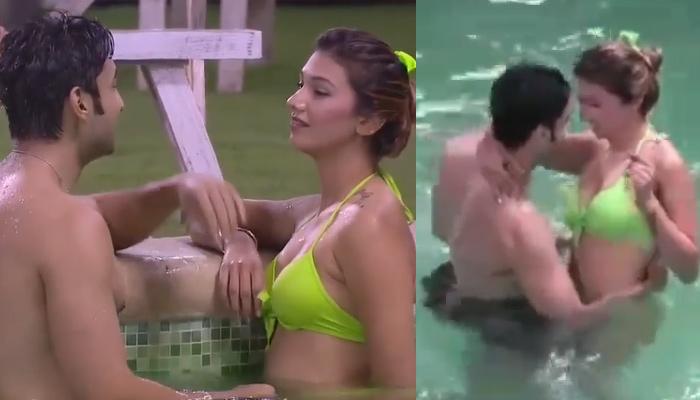 A question to all the Bigg Boss loyalists: don’t you think this show which begins only on the last quarter of the year becomes a part of lives and leaves a void when it ends? We bet you must be voraciously nodding on it. Every episode of India’s most controversial television