Barun Sobti Reveals The Unique Name Of His Baby Girl, Embraces Fatherhood After 8 Years Of Marriage

Barun Sobti Reveals The Unique Name Of His Baby Girl, Embraces Fatherhood After 8 Years Of Marriage

Television actor, Barun Sobti and his wife, Pashmeen Manchanda got blessed with a little angel after eight years of marriage. Scroll down to know her unique name! A new baby is like the beginning of a new chapter filled with lots of love and happiness. The joy of holding your own flesh and blood can never be described in words as those little feet and cute eyes can soften any heart. And television actor, Barun Sobti and his wife, Pashmeen Manchanda got blessed with a beautiful baby girl. (Recommend Read: Chhavi Mittal's Healthy Postpartum Diet During Breastfeeding Phase, Shares Tips For Newbie Mommies)

Barun is one of those people, who likes to keep his personal life private. He is a man of action and few words. Last month, he left the entire nation in happy tears as he shared cute pictures of his pregnant wife's baby shower. We love how adorable the two looked together and Pashmeen radiated pregnancy glow in pink. 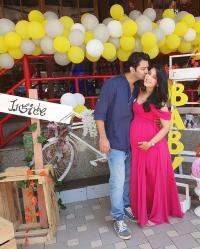 On June 28, 2019, Barun and Pashmeen welcomed their little angel. In an interaction with The Times of India, the actor revealed his little angel's name, and stated, "Yes, the news is right. She was born last Friday (June 28). We have named her Sifat. It feels amazing and can't be described in words." (Also Read: Sara Ali Khan Twins With Her Mother, Amrita Singh And They Look Like Vision In White On London Vacay)

The doting father, Barun hasn't yet shared any picture of his bundle of joy on Instagram and we are eagerly waiting for it. However, last month, in an interview with the Hindustan Times, he had talked about embracing fatherhood, and had shared, "I am exhausted as I have been shooting and running around and taking care of my wife. But I am happy. Right now, we are both taking one day at a time instead of thinking too much about what will happen when the baby comes and other such kinds of questions." 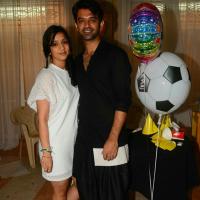 Barun had further talked about the kind of father he wants to be, and had stated, "I have not thought about what kind of a parent I would be but I think both of us are prepared in our own way. Moreover, I feel nothing can really prepare you for parenthood as you learn along the way when your baby comes and how you bring your child up. We are ready for the surprises that will come along the way (laughs). I am a realistic person so I think I will be a realistic kind of father to my child. Who knows how you handle the situation that you come across after you become a parent. Being a parent is a huge responsibility."

For those who don't know, Barun and Pashmeen are childhood sweethearts and in an interview, he had opened up about his love story. He had stated, "We met in school. She was going to drink water from the tap and I was staring at her. We studied together, and then she went to Australia for further studies for five years. If you go through a long distance relationship and survive it, then you can survive even death. When she came back everyone knew we were going to get married." 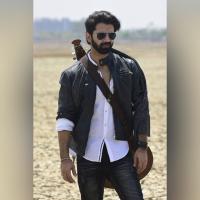 In the year 2017, Barun had revealed that they will plan a baby soon, and had stated, "Well, my wife will kill if I answer this question but having said that we will plan for a baby very soon, maybe sometime in this year." (Don't Miss: Shilpa Shetty Kundra And Raj Kundra Seal It With A Passionate Liplock, Steal A 'Jumma Chumma' Moment)

Well, we cannot wait to see Barun's little angel's debut on his Instagram handle! What about you?