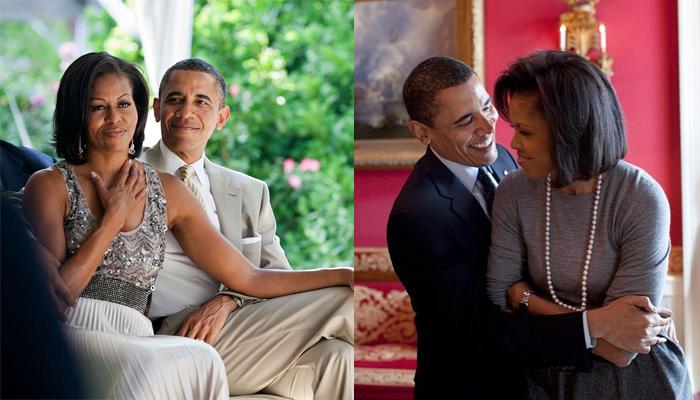 If we ask you who is the most dynamic and dashing couple in this world, would you even second guess before saying, Barack Obama and Michelle Obama? The former American president and first lady of the United States of America got married on October 04, 1992. Today, Barack and Michelle are celebrating their 26th marriage anniversary. (Also Read: America's Ex-President, Barack Obama And Michelle's Love Story Is What Romance Is In Real Life)

On this special occasion, tweets from all over the world started pouring in for them, and the two which have been retweeted the most number of times, undeniably belongs to 'the couple of the day'. Barack Obama took to his official Twitter handle and wished his wife, Michelle Obama a very happy 26th marriage anniversary by writing, “Happy Anniversary, @MichelleObama. For 26 years, you’ve been an extraordinary partner, someone who can always make me laugh, and my favorite person to see the world with”. He also shared the following pic along with the anniversary wish. 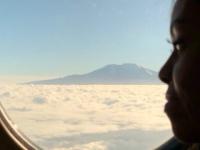 And Michelle Obama also took to her Twitter handle and adorably replied to the above tweet, wishing her husband, “Thank you @barackobama for 26+ years of love, trust, and respect - for being a man who always lifts up and honors me and our wonderful girls. Each day I’m with you, I’m reminded of what a treasure you truly are to us all”.

Both Michelle and Barack are quite active on social media and the duo regularly posts heartfelt messages for each other. On May 23, 2018, Michelle shared the following pic on her Instagram and wrote, “You can’t tell it from this photo, but Barack woke up on our wedding day in October, 1992 with a nasty head cold. Somehow, by the time I met him at the altar, it had miraculously disappeared and we ended up dancing almost all night. Twenty five years later, we’re still having fun, while also doing the hard work to build our partnership and support each other as individuals. I can’t imagine going on this wild ride with anybody else”.

And last year, on their 25th marriage anniversary, Michelle wished Barack with the sweetest anniversary wish which could be read as, “Happy 25th anniversary @barackobama. A quarter of a century later, you're still my best friend & the most extraordinary man I know. I love you”. She shared the following pic along with the wish: 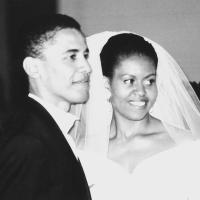 Even Barack never shies away from expressing the love that he has for Michelle. During his presidential run, he once said on-stage, “For the past 25 years, you've been not only my wife and mother of my children but my best friend. You took on a role you didn't ask for and made it your own with grace and grit and style and good humour”. 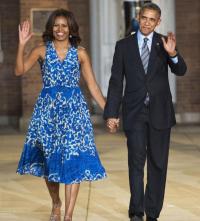 And during his victory speech, he had exclaimed, “I would not be standing here tonight without the unyielding support of my best friend for the last 16 years. The rock of our family, the love of my life, the nation’s next first lady, Michelle Obama”. (You May Like: Ranveer Singh Can't Wait To Start A Family With Deepika Padukone, He Is Waiting For Her Dates)

Well, there could be no one like these two, right? Guys, how did you like Barack Obama and Michelle Obama’s 26th marriage anniversary wishes to each other? Drop your comments below.