Veteran singer-composer, Bappi Lahiri bid adieu at the age of 69 on February 16, 2022. He was admitted to CritiCare hospital in Mumbai. Check out as his family performed his last rites!

When the whole nation was mourning the loss, late Bappi Lahiri's grandson, Swastik Bansal, had taken to his Instagram handle and had expressed his grief through a post. Swastik had shared a beautiful picture of his dadu and had penned an emotional note dedicated to him. Atop it, he had written: 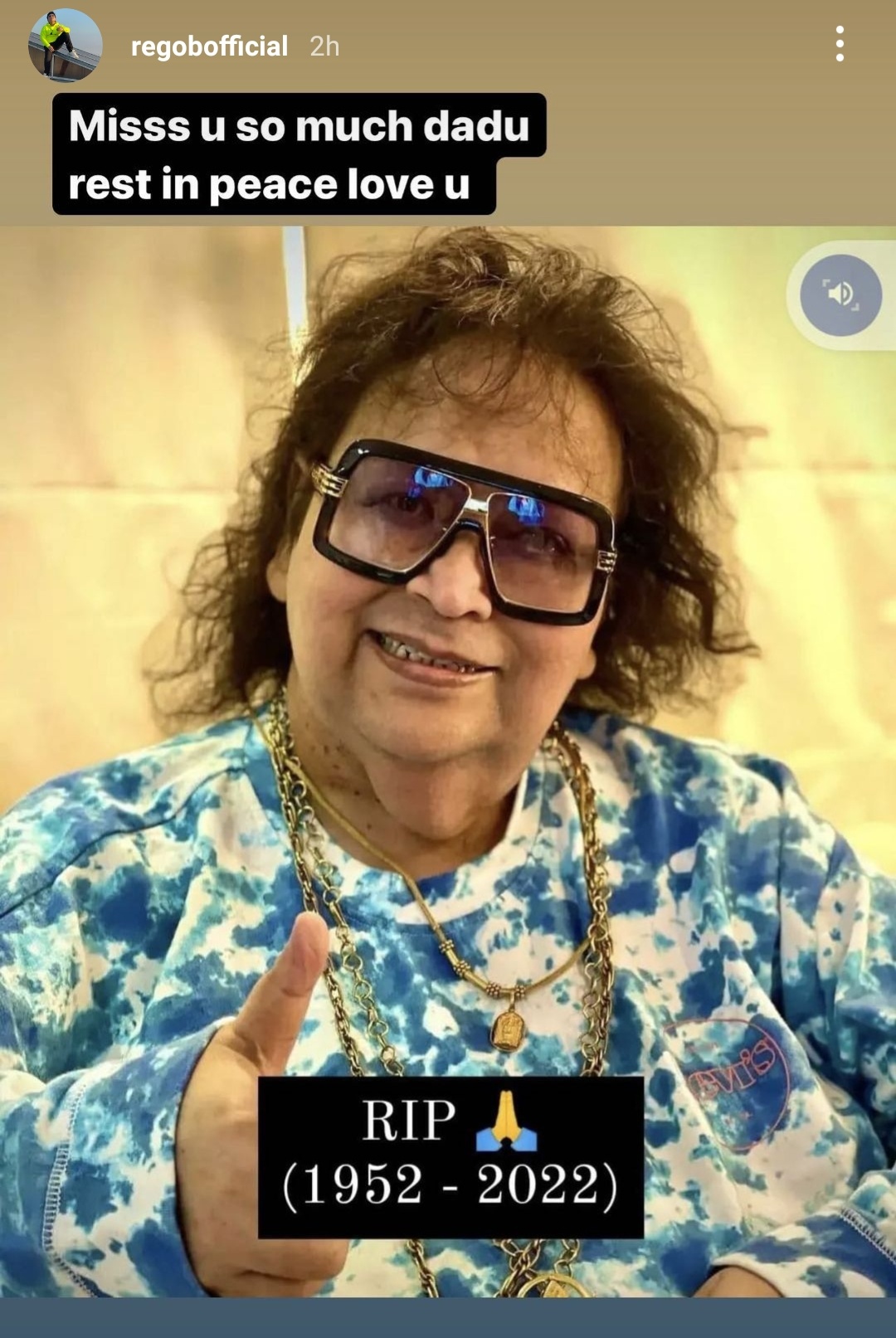 A few moments ago, we got hold of a picture of Bappi Lahiri's wife, Chitrani Lahiri, stepping out of her house to perform his last rites. The picture showed the late singer's wife crying inconsolably as his family members were carrying his body. She was so much in pain as she lost everything with her husband's demise. However, what caught our attention was that Chitrani was seen wearing sindoor even after her husband's death. Well, it's clear that she's not ready to let him go. Check it out below: 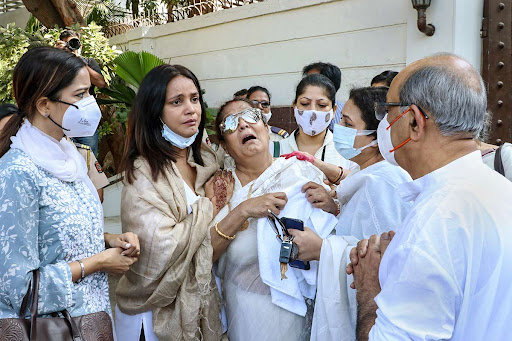 Indeed, Bappi Lahiri's demise is a massive loss for their family and the Indian music industry. And, the condition of the late singer's kids, Bappa Lahiri and Rema Lahiri can't be expressed in words. The devastated son, Bappa, performed his father's last rites, and the grief was visible on his face. Not just him, his wife was equally in pain as she couldn't stop her tears.

On February 17, 2022, we had stumbled upon multiple videos from Bappi Lahiri's antim darshan, and one look at any of them had broken our heart in pieces. From Bappa Lahiri carrying his father along with some other family members for the late singer's final rites to watching his sister, Rema Lahiri, being completely inconsolable, it had spoken everything about the complexity of life. Bappi Lahiri was extremely close to his children, Bappa and Rema, and had always treated them like friends. Thus, no wonder his sudden demise has shocked them, and it's sad to see them in so much pain.

According to media reports, the doctors in the CritiCare hospital had told PTI that Bappi Lahiri's health had deteriorated after the singer was admitted for the second time. As a result, Bappi Lahiri had passed away due to Obstructive Sleep Apnea (OSA). Dr Deepak Namjoshi, director of CritiCare hospital, was quoted by PTI saying:

"Bappi Lahiri was suffering from Obstructive Sleep Apnea (OSA) and recurrent chest infection. He was hospitalised in CritiCare Hospital, Juhu, for 29 days with this. He recovered well and was discharged (for) home on February 15. However, after a day at home, his health again deteriorated and he was brought back to CritiCare hospital in a critical state and succumbed to his illness at about 11.45 pm. He suffered from Covid infection last year. He had OSA for the last 1 year." Bappi Lahiri and his unmatchable legacy, that he left behind will be cherished forever!