Babita Kumari Phogat is on cloud nine these days. The 29-year-old is all set to tie the knot with her longtime love after getting the blessings from her parents. Checkout.

The shining star of the Indian wrestling team, Babita Kumari Phogat is on cloud nine these days. Well, there is no denying the fact that she has given so many reasons for us to rejoice her happiness and victories and now, she is taking a step ahead in her personal life as well. The freestyle wrestling star has so many accolades in her kitty as she won the gold medal in 2014 Commonwealth Games and 2018 Commonwealth Games. She also won silver medals at the 2010 Commonwealth Games and a bronze medal at the 2012 World Wrestling Championship. (You May Also Like: Mihika Varma Flaunts Her Baby Bump In This Throwback Picture When She Went For College Interview)

Now, she is all set to marry the love of her life and the lucky guy is none other than, her fellow wrestler, Vivek Suhag. For the ones who don’t know, Geeta Phogat got married to her longtime boyfriend, Pawan Kumar, who also happens to be a wrestler. It was on November 20, 2016, that Geeta and Pawan got married in Charkhi Dadri, which is around 15 km away from the Phogats’ home in Balali village, Haryana. And now, wedding bells for the younger one, Babita is ringing out aloud. On June 4, 2019, Babita took to her official Instagram handle and shared a lovely picture of her would-be husband, Vivek getting blessing from her father, Mahabir. Along with the same, she wrote, “@SuhagVivek you know it's official when you get the blessing from my bapu. It's time for Dilwale to take her Dulhaniya #love #blessing #family #sweetheart #myman #cupid #engaged #lifeline #myhero #TuesdayThoughts.” Here’s the picture that she shared: 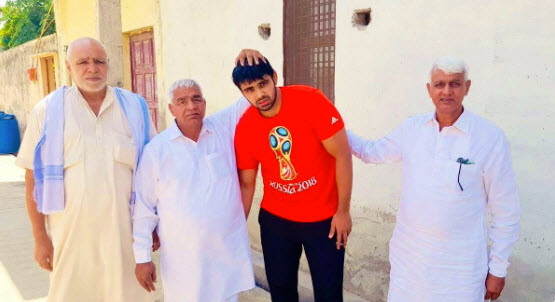 Talking to The Times of India, Babita revealed how she met the love of her life, “It was an event for wrestlers at a hotel in Delhi where we first met. Bas wahan dosti ho gayi. We stayed in touch and in time, we realised that we liked each other. I like how he is very straightforward but still respects others.” She further revealed that Vivek was nervous at the panorama of talking to her father, Mahabir Phogat, about their relationship. She was quoted as saying, “Senior hain woh kaafi aur unki reputation bhi hai. But he was still confident of leaving a good impression.” (Checkout: Tulsi Kumar Shares How C-Section Delivery Of Her Son Affected Post-Pregnancy Weight Loss Journey) 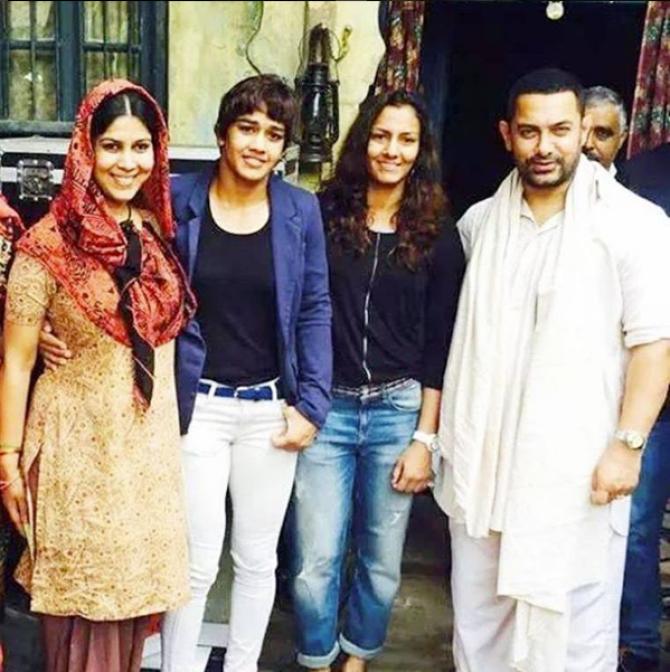 Finally, after gathering all the strength, Vivek and his family met Babita’s father, Mahabir on Sunday, i.e. June 2, 2019. As per the reports, both the families are now deciding upon a date for the wedding. It is revealed that the big day is most likely to be held in late November in the Phogats’ ancestral village Balali, Haryana. In the same interaction with the TOI, Babita shared that she will move to Delhi after the wedding. The 29-year-old was quoted as saying, “Like Geeta didi, I will also move to Delhi after marriage because that is where Vivek’s family is, and I will continue to train. The big events like the Olympics are close now and my focus will not shift.” When Dangal movie was released, Babita had shared her views on the same and how beautifully it captured her childhood with elder sister, Geeta Phogat. She was quoted as saying, “The movie took us back to our childhood days. It was good to relive our childhood days again. It is a beautifully made movie and all the actors have done a brilliant job with their respective roles.” She had further gone on to add, “My father was stricter than he has been shown in the movie, we broke a lot more alarms and hid the batteries of the alarm clocks and while one song captures our hard work, believe me, we had to put in much more. The same applies to our father too.” (Also Read: Sania Mirza's Baby Boy, Izhaan Mirza Malik Is All Smiles As He Celebrates His First Eid) 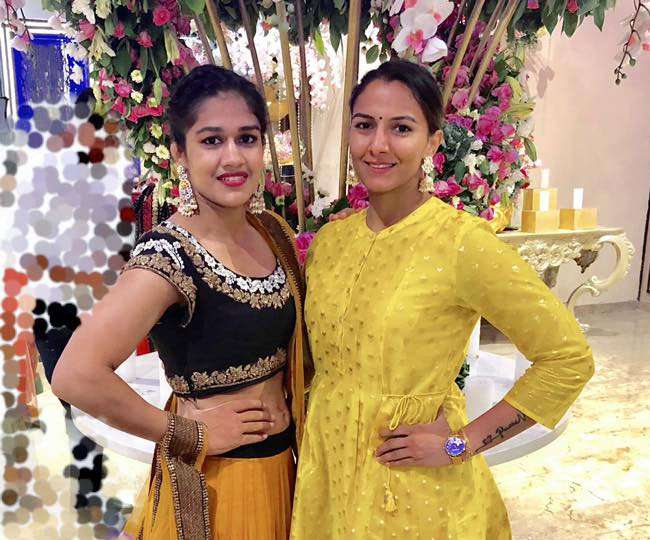 Babita, all the very best for the big day of yours. We wish you all the happiness and luck!