A week after her wedding, Babita Phogat treated her fans with some unseen pictures from her varmala ceremony with her now-hubby, Vivek Suhag. 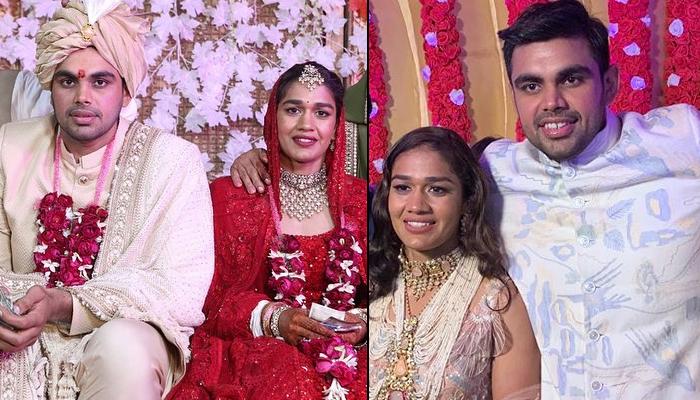 Ever since a girl remembers, apart from a successful career, she dreams of becoming a bride, having a loving husband by her side, children playing in their ghar ka aangan and a beautiful home, one day! Wearing the most gorgeous lehenga, accentuating it with the sparkling jewellery and glowing with the flawless makeup on her wedding day, it is a surreal feeling for girl when she walks down the aisle under phoolon ki chaadar and her favourite song playing as the background music. Gold medalist-turned-politician, Babita Phogat’s dream of becoming a dhaakad bride came true when she had tied the knot with her fellow wrestler, Vivek Suhag. (Also Read: Ridhi Dogra Reveals If She'll Give Love A Second Chance After Separating With Ex-Hubby, Raqesh Bapat)

Babita Phogat and Vivek Suhag’s wedding ceremonies had begun on November 28, 2019, with the baan ritual, which was followed by her mehendi and finally the D-day on December 1, 2019. But do you know that there were only 21 baraatis at Babita and Vivek’s marriage? As per a DBPost report, Babita and Vivek’s wedding had only 21 baraatis and the lovebirds had taken one extra phera i.e., the eighth phera, apart from the saat pheres, which they had dedicated to the ‘Beti Bachao, Beti Padhao’ initiative. Hailing from Haryana, Babita wanted to support the initiative that intends to curb female feticide in the country, which has led to a skewed sex ratio.

A week after her wedding, Babita Phogat treated her fans with some unseen pictures from her varmala ceremony with her now-hubby, Vivek Suhag. Babita and Vivek’s happiness knows no bounds as they pose with the garlands in their hands and a big smile on their faces as they are all set to embark on their journey of ‘happily ever after’. Babita also posted a family portrait with her parents, Mahavir Singh Phogat and Daya Kaur, and her hubby, Vivek Suhag. She captioned it as “The One with my real-life heroes. #myheroes #myparents #mom #dad #blessings #wedding #vivek #babita.”

As a part of the wedding ceremony, Babita Phogat and Vivek Suhag had also planted trees, making an important statement to save the environment. According to DBPost, Babita had expressed, “Father did not allow us sisters to doll up, but today the wish has been fulfilled. Today I am very happy after becoming a bride. Very happy after wearing a bridal dress. When we used to go to the wedding ceremony of other girls, we sisters used to wear bangles and rings many times seeing other girls. But Dad did not allow. He often said that your goal should be just wrestling. When the goal is achieved, then do the makeup. I am very happy about wearing a bridal dress.” (Also Read: Esha Deol And Daughter, Radhya Have Already Begun Their Christmas Celebration, Posts Pic Of Tree) 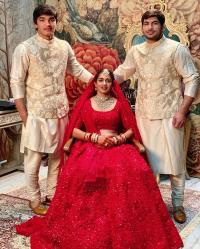 For the wedding, Babita Phogat had looked mesmerising in an all-red lehenga choli and her look was accentuated with a choker neckpiece, heavy maang teeka and bangles. Babita had looked flawless in minimal makeup. Her sister, Geeta Phogat had opted for a Sabyasachi green lehenga which she had paired with a yellow dupatta. Sharing pictures with the newly-weds, Geeta had written, “My lovely sister @babitaphogatofficial Congratulations on your marriage. I hope that all of your dreams come true as you begin this new journey. Many many congratulations to both of you @suhagvivek @babitaphogatofficial.” 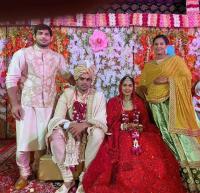 Babita Phogat and Vivek Suhag have been making the most of their newly-married life and to mark the beginning of the same, the latter surprised his better-half with the most special gift ever. Dressed in an orange-coloured suit and flashing her million-dollar smile on her face, Babita had posed with her gift, which was a brand-new black Toyota SUV. She had captioned the pictures as "What better than a new awesome car to start our new journey together. thank you @suhagvivek for this awesome and considerate gift." 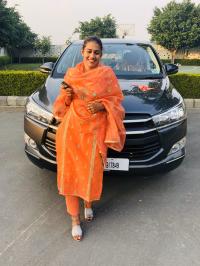 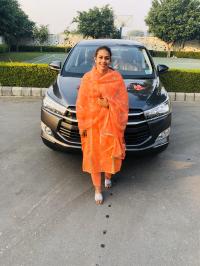 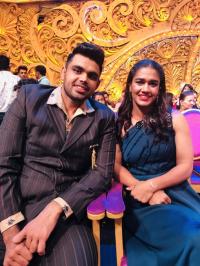 Aren’t these pictures of Vivek and Babita a visual treat? 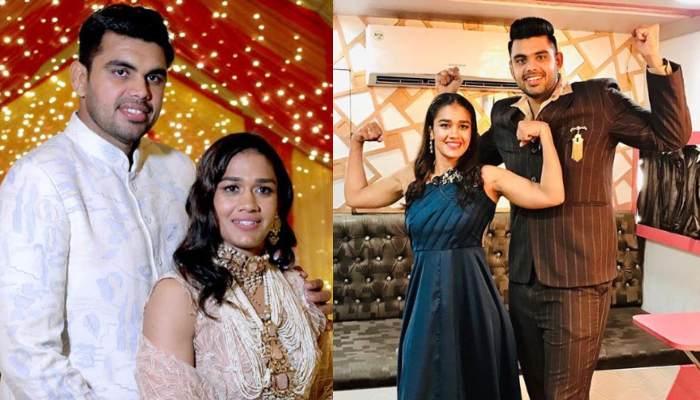 Festivals are one of the most important events that not only make a relationship strong but is also a time when families get together and spend quality time with each other. While spreading love and laughter, festivals bring in a lot of memories to cherish. Lohri is one of the