Irrfan Khan’s son, Babil Khan came out in support of Anurag Kashyap but was subjected to hate by trolls who said his late father would be ashamed of him. Sutapa Sikdar and Babil react to comments. 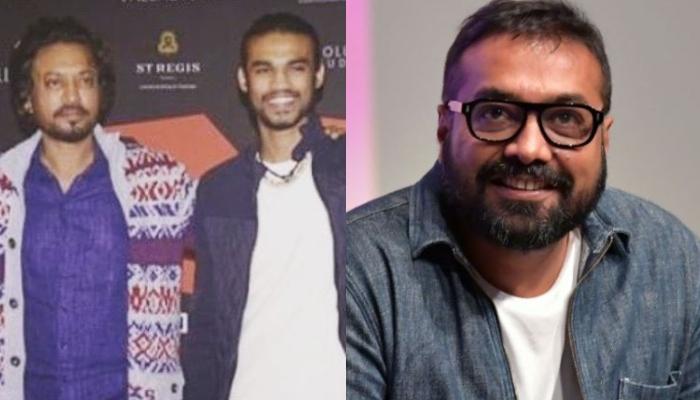 #MeToo movement has gained momentum yet again with Patel Ki Punjabi Shaadi fame, Payal Ghosh’s allegations against filmmaker, Anurag Kashyap for sexual harassment and misconduct. The industry has come forward in support of Anurag, including his ex-wives, Aarti Bajaj and Kalki Koechlin, claiming the charges against the filmmaker to be false. Even the women including Radhika Apte and Taapsee Pannu, who had worked with him in the past, have shared their experience, on social media, of working with Anurag. (Also Read: Anurag Kashyap's Ex-Wife Kalki Koechlin Slams Sexual Assault Claims Against Him With A Powerful Note)

It all began with Payal Ghosh accusing Anurag Kashyap for forcing himself on her and tweeting in an appeal to Prime Minister Narendra Modi, “@anuragkashyap72 has forced himself on me and extremely badly. @PMOIndia @narendramodi ji, kindly take action and let the country see the demon behind this creative guy. I am aware that it can harm me and my security is at risk. Pls help!” Soon, Anurag had released a statement by his lawyer, Priyanka Khimani stating the allegations levied against him to be completely false. Here are the screenshots of the statement and the tweets by Anurag, which he had tweeted in his defense:

Irrfan Khan’s son, Babil Khan had come out in support of Anurag Kashyap, saying that it’s a shame that #MeToo movement is being misused against a person, who has been crusading for ‘equality in an excruciatingly patriarchal industry’. In his support statement for Anurag, Babil had written, “It’s a shame that an invaluable movement like the #metoo is misused in such a malignant manner against a person that has actually inspired equality in an excruciatingly patriarchal industry. We now live in this strange age where it is easier to create a truth, and not manifest the truth. I pray that we evolve. The concern is that the metastasis of baseless accusations through the #metoo movement would ultimately diminish its credibility and women that genuinely need its support would be left in the dark, it is painful.”

Babil Khan had captioned his post as “Chin up, Anurag sir. I know you all are gonna hate me for this but I’ve got to stand up when something feels wrong. What if the girl is right? Well then, it would break my heart to see that someone who I consider a great man was just a false conception, I am hanging on to my judgement, I will take responsibility if I’m wrong.” And just like he had predicted in his caption, he was trolled for supporting Anurag Kashyap and was targeted with hate and negative comments on social media, saying how his late father, Irrfan Khan would be ashamed of him. (Also Read: Anurag Kashyap's First Wife, Aarti Bajaj Gives A Befitting Reply To The Sexual Assault Claims On Him)

Sharing a set of pictures of his late baba, Irrfan Khan, Babil Khan reacted to the messages like 'oh your father would be so ashamed of you', and slammed the trolls with a powerful note. Babil wrote, “U know what, I have felt a sense of liberation from your hate because I realised, you really don’t have anything to do but hate and form a quick judgemental opinion about an actual human being. So really man, I have truly lost respect for people that claim they know my father, or hahahaha know my father better than me like “oh your father would be so ashamed of you”, Boi or girl shut your mouth, me and baba were the bestest friends don’t try to teach me what my father would have done, don’t jump on band wagon just cause you can without knowing his true beliefs. If you’re a Irrfan Khan fan, come prove it me, show me his fascinations with Tarkovsky and Bergmann and they we shall probably start a conversation of how much you think you know my father. He was beyond you my friend.”

On Babil Khan’s post, his mother, Sutapa Sikdar commented with a message in her son’s defense, revealing what a beautiful soul he is. Sutapa wrote, “We love you!! Who knows it more than me and baba what a beautiful soul you have. I couldn't sleep last night thinking of this over thinking people. Don’t indulge them hatred is like fungus which eats up souls. Love you eternally.” On which, Babil replied, “@sikdarsutapa you know you’re my tiger on the boat, the terrible yet most affectionate that kept me alive. I love you my only freedom, to my mother the beautiful ‘Sutapa Sikdar.” (Also Read: Anushka Sharma Congratulates Husband, Virat Kohli For RCB's First Win In IPL 2020, Shares Picture)

Let us know your views on the #MeToo allegations made on Anurag Kashyap by Payal Ghosh!