Late Bollywood actor, Irrfan Khan's son, Babil Khan opened up about his regret for not letting his 'abba' do this to his hair during his teenage days. See inside!

Late Bollywood actor, Irrfan Khan's billions of fans across the globe are in tears once again after his young son, Babil Khan shared the last pictures clicked by his abba that features him, his brother, Ayaan Khan, and his mother, Sutapa Sikdar before his untimely demise on April 29, 2020. Babil shared the precious pictures on his Instagram handle and the story of his only regret as a teenager about his father.

Babil Khan Signs All His Inheritance To Mom Sutapa, Gives A Glimpse Of Lake Left By Baba Irrfan Khan

Babil Khan Misses His Father, Irrfan Khan, Wishes That He Was Here To Witness His Hard Work

For the unversed, Irrfan was diagnosed with a neuroendocrine tumour in March 2018, and a few days later, he had left for London for his treatment. He had returned to India in September 2019, hail and hearty, but on April 28, 2020, the actor was admitted to Mumbai's Kokilaben Dhirubhai Ambani hospital due to colon infection and was kept in ICU. On April 29, 2020, the actor had breathed his last and had bid adieu to his loved ones. On June 1, 2021, Babil Khan took to his Instagram handle and opened up about one of his regrets from the time when he was a teenager. The young filmmaker revealed that his late father, Irrfan Khan, used to seek his permission to give him a haircut during his teenage years. But he had always refused him, just like most teenagers, and now that is one of the regrets he's holding inside his heart. Talking about the same, Babil shared some pictures from last year, when he had come back from his university and had received a hairdo from his brother, Ayaan and mother, Sutapa, on his father's order. Along with the pictures, Babil wrote, "In the very hopeful times baba would ask me if I'd let him cut my hair. But I was a teenager, I wish I would have. Any way a few days after I came back from university, Baba decided that Ayaan and Mamma were going to shave my head. (April 15 2020) @irrfan." 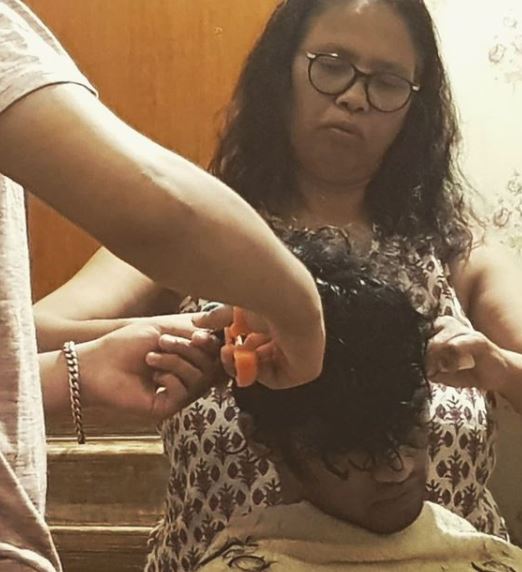 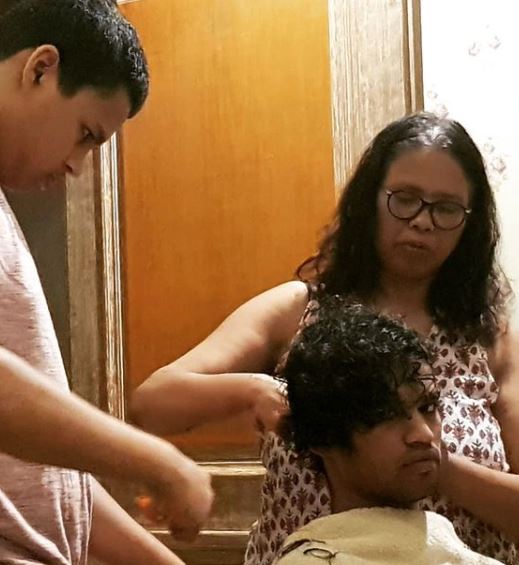 People are in love with Babil Khan because he never shies away from disclosing all his life experiences and memories without any filter on social media with his followers. Time and again, Babil has blessed our souls with some heartwarming pictures, video clips, and incidents about his late father, Irrfan Khan, from their memory lane. On Irrfan's first death anniversary on April 29, 2021, Babil had penned an emotional note for his late father. Babil had taken to his IG handle and had shared an unseen throwback picture of his baba, Irrfan, building his own table, as it speaks everything about his humbleness. Take a look: Along with the picture, Babil Khan had penned a short note in which he had praised his dad for his fighting spirit and had added that no one in this world could replace him. His caption could be read as "Chemo burns you from the inside, so to find joy in the simple things, like building your own table to write your own journals. There is a purity, I have not yet discovered. There is a legacy that has already been concluded by my Baba himself. A full stop. Nobody can ever replace him. Nobody will ever be able to." 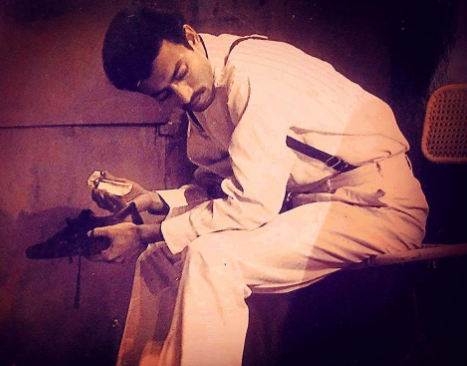 Babil Khan had also revealed how much he misses being with his baba, Irrfan Khan. Sharing that he would have built a space monument and had travelled there with him, Babil had continued, "To the greatest best friend, companion, brother, father, I ever had and ever will have. I love you so much, for the rest of this chaos we are choosing to call life. I miss you, more than all that shah-Jahan/mumtaz stuff; I would have built a space monument that could have taken us to the furthest parts of a blackhole singularity you were always intrigued by, but I would have been there with you Baba, and we could have gone together, hand in hand. (Exploring the last mysteries)." What do you think about Babil's confession? Let us know!