Ayushmann Khurrana is the daddy cool of the Tinseltown, and also the best photographer as he captures his little baby girl, Varushka on her 5th Birthday. Scroll down to check out his wish! 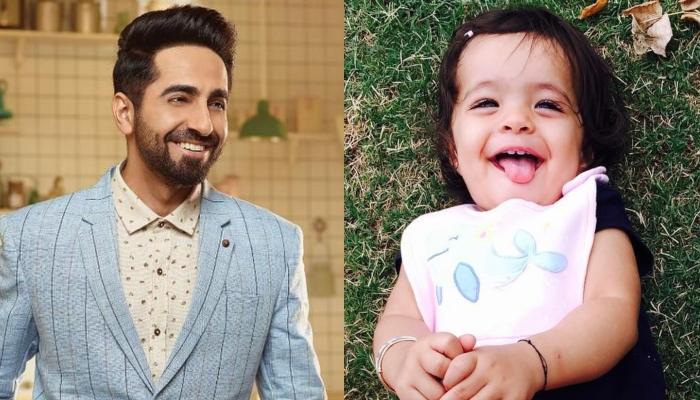 While we can make hundreds of plans for Mother’s Day, we can hardly muster a plan for our fathers. It is because of the fact that they have always been a man of few words, who fear to express their love when we needed it the most. But thanks to these new-age daddy cools of the Tinseltown that are redefining fatherhood and Ayushmann Khurrana is a perfect example of it. (Recommend Read: Riya Sen Says She Wants To Become A Mother But Is Scared By The Thought Of Labour Pain)

In a throwback interview with the Hindustan Times, Ayushmann had talked about his kids and had shared, “I’m neither strict nor protective. I’m a kid like them. I play with them. While my wife (Tahira) acts like the bad cop, I’ve to be the good cop because most of the times I’m travelling for my films and gigs. It gets quite hectic and I can’t afford to be strict. I’ve to be their friend.”

Exactly five years ago, Ayushmann and his wife, Tahira Kashyap were blessed with a little angel, who they lovingly named Varushka. On April 21, 2019, Ayushmann took out his photographer’s hat and clicked a beautiful picture of his baby girl, and captioned it as, “Happy bday my chota baby Varushka! Wanted to put a baby picture of her! Thank you for bringing so much joy! Iski bhi aankhein bandh ho jaati hain Jab yeh muskuraati hai Meri tarah.” Take a look at the picture below: In an interview with Famously Filmfare, Ayushmann had recounted an incident during his daughter’s sports meet, and had stated, “It was her (Varushka) sports day and I was all ready and geared up to win that 100 meter race with fellow parents as I was one of the youngest out there. I was really excited, but sadly that didn't happen. Even though I've under-slept today, it is alright. It is good to be a young father, a young parent. You have that energy and you are growing up with them.” (Also Read: Sharad Malhotra And Ripci Bhatia's Hindu Wedding Begins, First Pictures And Baraat Videos Are Here) 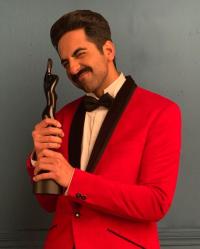 In another interview, Ayushmann had also talked about his kids and how they deal with his super-stardom. He had revealed, “They think this is the normal way of life. They don’t feel weird. They are born into this environment, so they have no option.”

In an interview with Anupama Chopra, Tahira had talked about her insecurities when Ayushmann entered Bollywood. She had revealed, “I was this crazy, insecure pregnant person when Vicky Donor happened and that was the worst phase for both of us. I think both of us were very immature. He didn’t have the maturity to kind of hold my hand and tell me it’s ok, especially, when I am crazy on my hormones because I was pregnant at the time and I also didn’t have the maturity to just take it easy and know this thing will get over.” 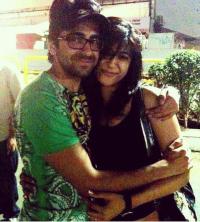 She had further added, “Both of us lacked maturity. Then you also feel like a whale and considering your husband is with beautiful women all around and you don’t come from that background. Even if you have the maturity, the passion and you understand art, you don’t have the maturity to deal with the frills that come along.” (Don't Miss: Abhishek Bachchan Shares A Mesmerising Picture Of His Girls, Aishwarya Rai Bachchan And Aaradhya) 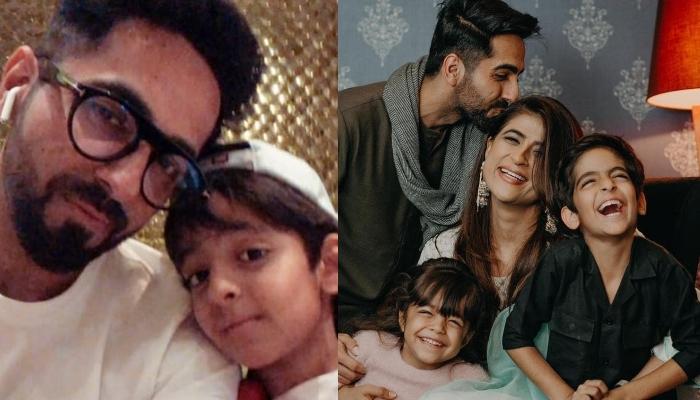 Bollywood actor, Ayushmann Khurrana dreamt of becoming an actor at the mere age of four. However, the list of his supporters was less than his critics and it also included his wife, Tahira Kashyap. But, right under the nose of nepotism, the actor proved everyone wrong and climbed the ladder