Ayushmann Khurrana who recently won the national award for his film Andhadhun, shared his father and wife Tahira Kashyap's reaction to it. The actor said his father chocked and could barely talk. 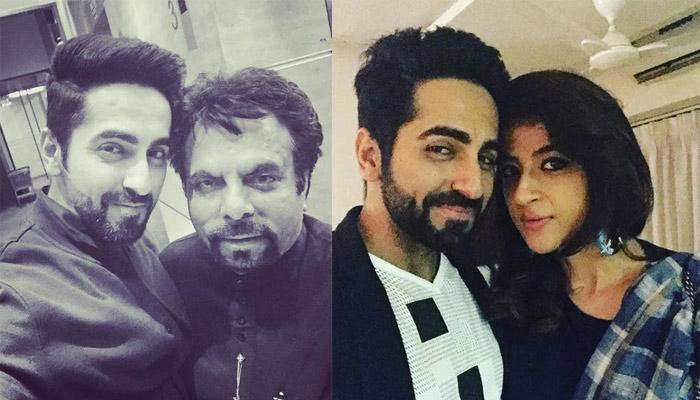 From an MTV VJ to a National Award winner, the journey of Ayushmann Khurrana has been remarkable. Ayushmann Khurrana is climbing the success ladder. From hosting award shows to attending events, the actor is seen fulfilling his dreams. Ayushmann Khurrana made his TV debut in the year 2004, with MTV Roadies. He made his acting debut in 2012 with Shoojit Sircar’s romantic comedy Vickey Donor. His journey of fulfilling his dreams has been an inspiration and is quite remarkable. (Recommended Read: Shweta Tiwari Faces Domestic Violence, Files Complaint Against Abhinav Kohli For Slapping Daughter)

Talking about his feelings after winning a National Award for his pathbreaking role in Andhadhun, the actor told IANS, “I am feeling ecstatic. Actually, I am still trying to digest this. It was on my Bucket list when I came to Mumbai to become an actor”. Talking further about his expectations from the film, Ayushmann added, “The kind of film that I do are about credibility and content. I was actually looking forward to this to happen someday in my life. Actually, when you’re doing a particular film, you don’t do it thinking about an award, but I am glad this happened with Andhadhun.”

The actor was shooting for an ad film when he received the news. He recalled, “I was shooting for an ad film and there were people around me. So, it wasn’t exactly as ‘me moment’ for me. I was busy with the shot when suddenly congratulatory messages started pouring in on my phone. I was so shocked to learn that all this has happened. It was all so surreal!. Incidentally, I was shooting with the cinematographer of Uri (which won Best Actor and Best Director). So, both of us did a high five and the entire crew started applauding. They arranged for a special celebration for me and it was quite overwhelming”.

Ayushmann, who has been impressing with his choice of films, informed that his family is overwhelmed after his win. Talking about his father's unexpected reaction to his big win, the actor shared, “My father was almost chocking on the phone when we spoke, after hearing the news. He was so overwhelmed that he could not talk properly. I feel it was even more overwhelming for him than me. Tahira (Ayushmann’s wife) was also emotional.” (Also Read: Shweta Bachchan Made A Statement In White On Wedding Ceremonies, Resemblance With Navya Is Uncanny) 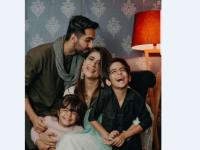 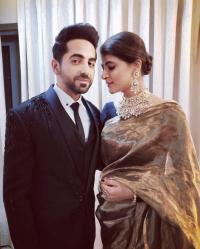 Tahira Kashyap, his wife, talking about his victory, told the Times of India, “I was heading for a meeting when I got a barrage of messages that Ayushmann had won a National award. He was on a shoot and he was so thrilled with the news. It’s so amazing that he’s got the highest honour for an actor in our country. My heart is filled with gratitude. Today I feel his risks have really paid off. He stuck to his conviction. I think it’s true that there is enough in the universe for everyone, you just have to strive for it. My husband has been true to his instincts, his efforts and his dedication to the craft. A year ago, no one had expected Andhadhun to find the critical acclaim and commercial success it eventually got, and win awards all over the world. The national award just completed the picture for us.” (Suggested Read: Ranbir Kapoor Has Asked Alia Bhatt's Hand For Marriage From Mahesh Bhatt For Their 2020 Wedding?)

Our heartiest congratulations to the very talented actor for his big win! We wish Ayushmann, all the success, and luck in the future.

For singles, love is life until they get married and the reality strikes in! However, once you get married, you realise that love is not just an emotion which changes the day you get married, but rather it is a process of falling in love every day with the same person. It