It is rightly said that happiness is the only thing that doubles when shared. Every good news is incomplete if not celebrated and shared with our loved ones. For the to-be parents of B-town, Aparshakti Khurana and Aakriti Ahuja, the celebrations of their pregnancy were incomplete without their family and friends. Aparshakti and Aakriti had announced their pregnancy in June 2021 and soon, the couple will hop on the beautiful journey of parenthood.

With a baby to arrive soon in the house, Aparshakti Khurana and Aakriti Ahuja had celebrated their pregnancy in a virtual baby shower, attended by their friends. Aparshakti and Aakriti's close friends, Neeti Mohan, Mukti Mohan, Shakti Mohan, Kriti Mohan, Nihaar Pandya, Sanya Malhotra and their family including Ayushmann Khurrana and Tahira Kashyap Khurrana, celebrated with the parents-to-be. The house was decorated with balloons and the to-be parents had also cut a cake.

Aparshakti Khurana and Aakriti Ahuja later celebrated the new beginnings of their life with family including his brother, Ayushmann Khurrana and sister-in-law, Tahira Kashyap Khurrana. Aparshakti and Aakriti have cut an adorable baby shower-themed cake. Ayushmann posted an IG story of the to-be parents, lost in each other's eyes moments before cutting the cake, and the elated actor revealed in the picture that he and his wife, Tahira turned paparazzi for Aparshakti and Aakriti. Ayushmann captioned the picture as "Baby Shower scenes" and "@tahirakashyap is also taking a pic." 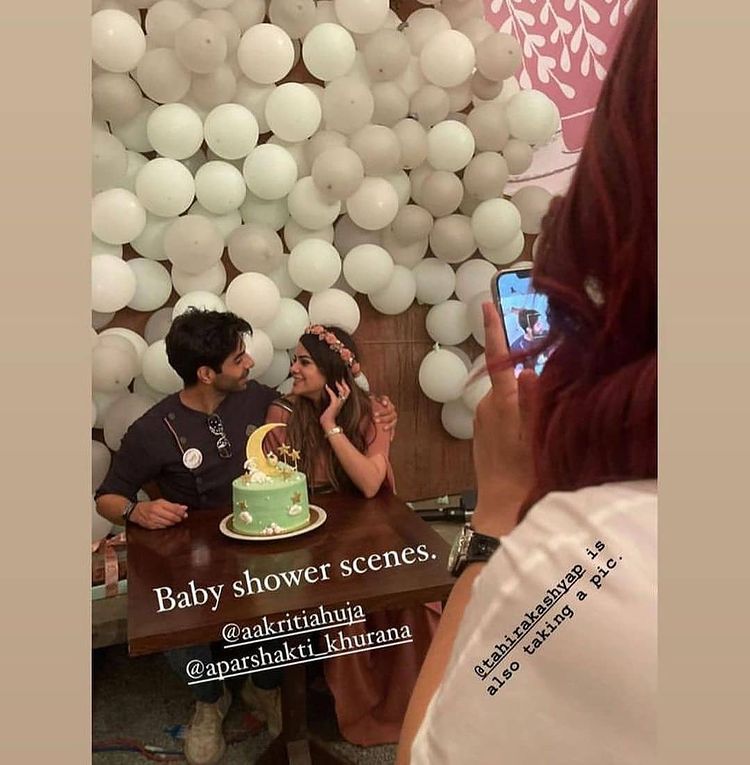 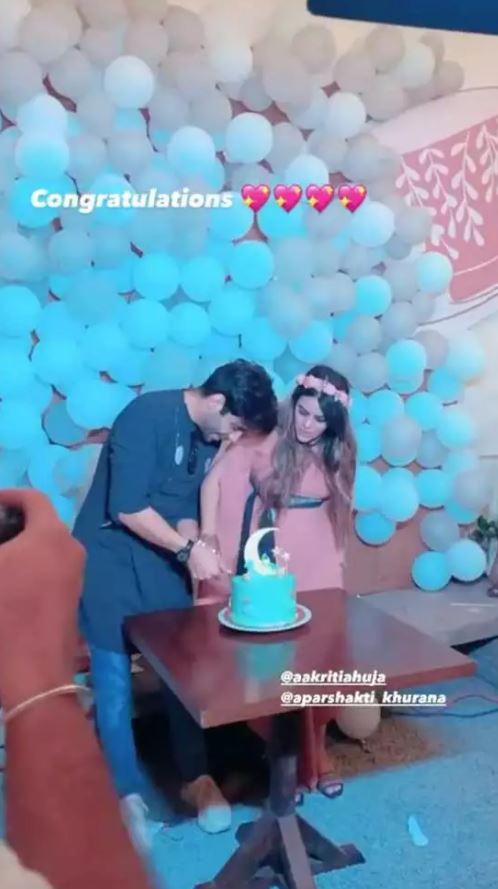 For the intimate baby shower ceremony, Aparshakti Khurana opted for a black kurta with jeans while his pregnant wife, Aakriti Ahuja radiated pregnancy glow and flaunted her baby bump in a brown dress accentuated with a floral tiara. Aparshakti and Aakriti's happiness knew no bounds as the couple celebrated the day with their friends and family. When Aparshakti Khurana and Aakriti Ahuja had announced their pregnancy, Ayushmann Khurrana and Tahira Kashyap Khurrana had expressed their excitement on social media. Reposting Aparshakti and Aakriti's post, while Ayushmann had written, "Yay #flutteroo" followed by a heart emoji atop it, Tahira had captioned it as "Hottie mommy and cool daddy @aakritiahuja @aparshakti_khurana so waiting for our little one" followed by hearts. Reacting to her bhabhi's message, Aakriti had written, "Bhabhiii" followed by a heart emoji. 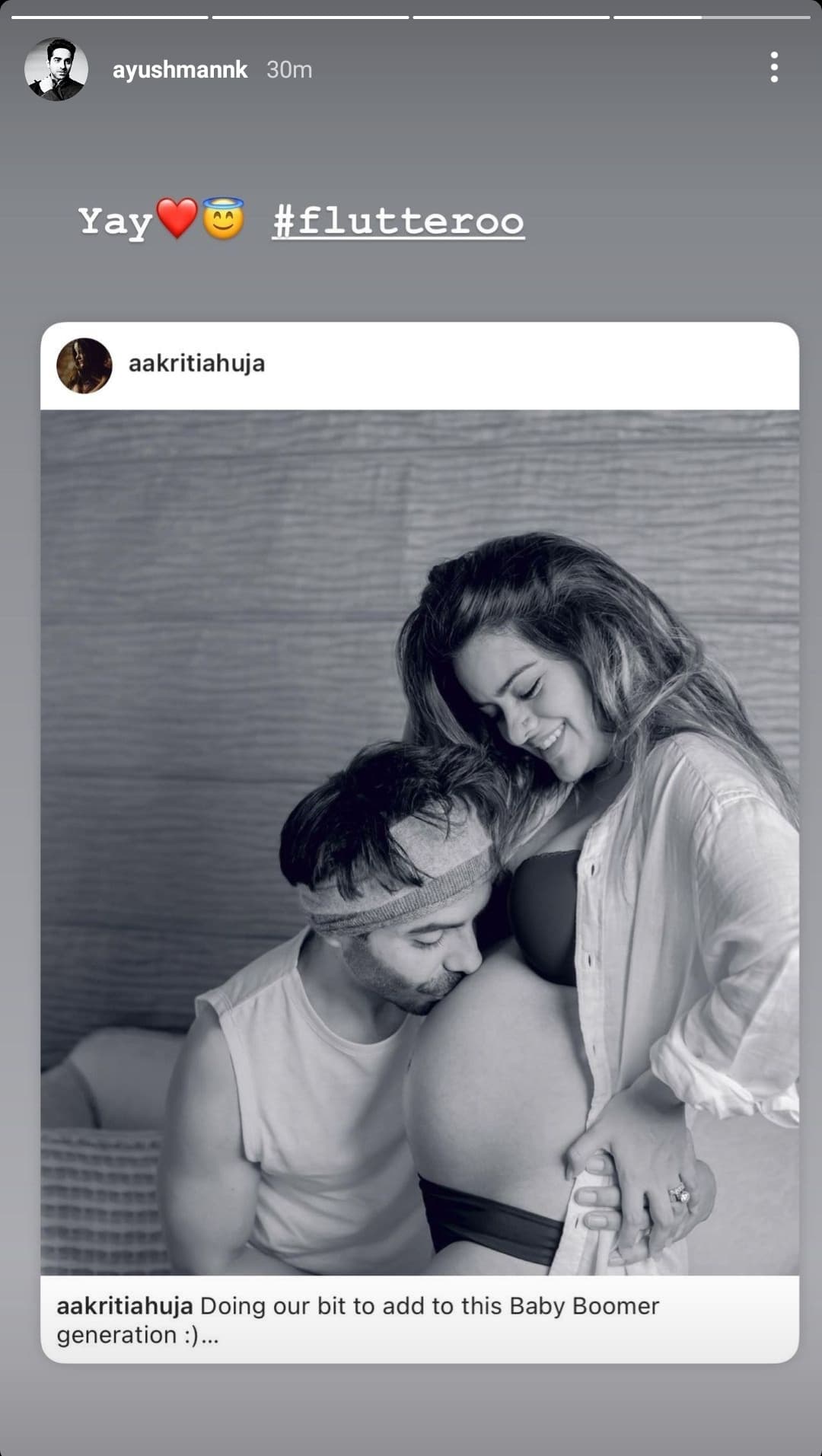 In a post-announcement interview with the Hindustan Times, Aparshakti Khurana had revealed that he has already started taking parenting tips from his father, P. Khurrana and brother-actor, Ayushmann Khurrana. He had continued, "I have been taking tips for quite some time from my father, brother, and some fabulous dads around me. Soon, I will have to bring the learning to execution." 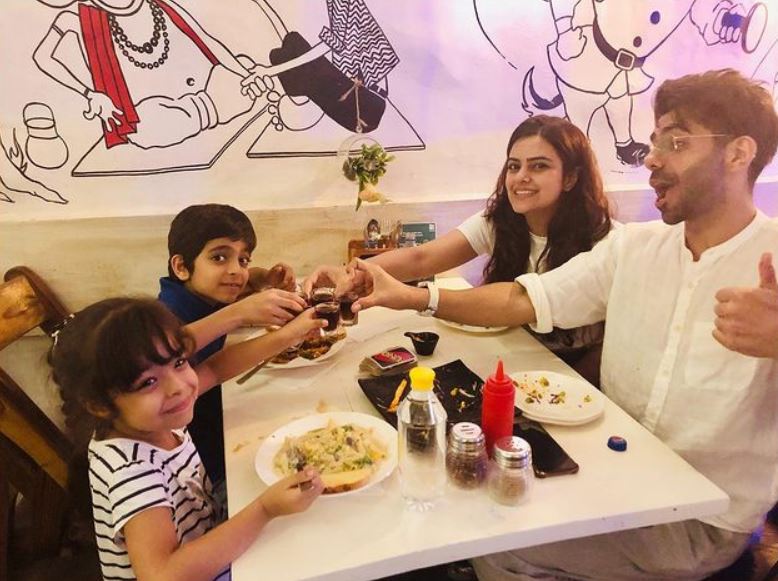 Aparshakti and Aakriti had completed six years of married life in September 2020! 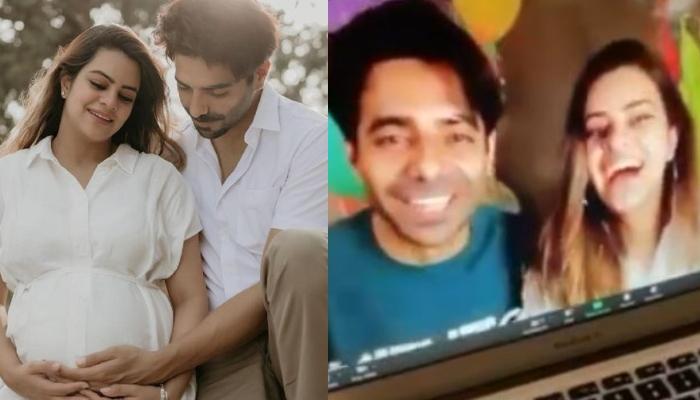 With the happier times ahead for the Khurana and Ahuja families, Ayushmann Khurrana's actor-brother, Aparshakti Khurana and his wife, Aakriti Ahuja celebrated the beginning of a new phase of their lives, parenthood, with a virtual baby shower. In the times when social distancing is being practised due to the pandemic