Marriage is one of the most beautiful phases of a person’s life, but with it, comes truckloads of changes. You will now have a permanent roommate for life, you will have a profound reason to come back home, weekends will not be the same anymore and the stunning chooda in the hands, mangalsutra and sindoor, will add to your shringaar. Even before you realise that you are already married, you end up celebrating your one-year anniversary! Happens, right? And in the similar lines, it seems like yesterday when Bipasha Basu and Karan Singh Grover introduced us to newly-weds, Ayaz Khan and his wife, Jannat Khan. (Do Read: Ranveer Singh And Deepika Padukone To Pair-Up For First Time For This Project Post-Wedding [Details])

Karan Singh Grover and Ayaz Khan have been best of friends since their Dill Mill Gayye days and it was the former, who had first introduced the newly-weds by sharing a cutesy picture on his Instagram, where both Ayaz and Jannat were all smiles for the camera. Sharing the picture, Karan wrote, “Introducing Mr. And Mrs. Khan!” with the hashtag, cutest newlyweds. Here is the picture that Karan had posted: 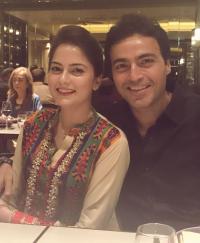 And now, it has already been a year since Ayaz Khan and his beautiful wife, Jannat Khan have completed their marital bliss. For the same, Ayaz took to Instagram and posted a series of unseen pictures of the couple and wrote a beautiful message for her, on account of the same. It could be read as, “Happy happy 1st wedding anniversary to my bestie,lover,partner in crime. Thank u for filling my life with soo much happiness and laughter. I love u very much my dearest jannat ayaz khan @jannatkhan1618.” Here are the pictures: 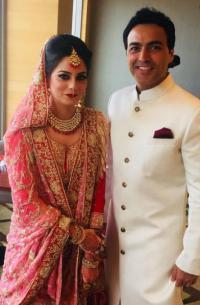 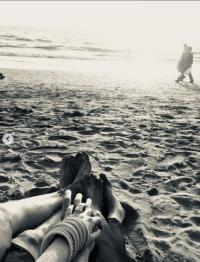 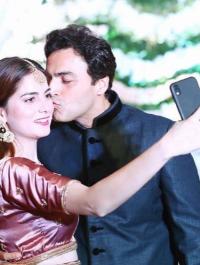 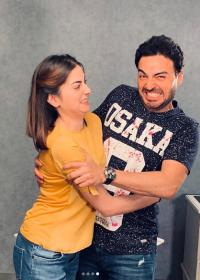 Aren’t they beautiful? Ayaz Khan’s best friend, Karan Singh Grover too, posted a beautiful wish for the duo. The Alone actor wrote, “Here’s wishing one of the cutest couples ever a very very very Happy 1st Anniversary! May you guys love each other more with every passing day! Love you both infinitely! Thank you @jannatkhan1618 for coming into our lives! We are blessed!” Not only Karan, his wife Bipasha Basu and Ayaz's ex-girlfriend, Aarti Singh posted beautiful Instagram stories wishing the couple on their one-year anniversary. Checkout the same here: (Must Read: Kareena Kapoor Khan Hilariously Lashes Out At A Troll Who Says 'Taimur Bhookha Marr Raha Hain') 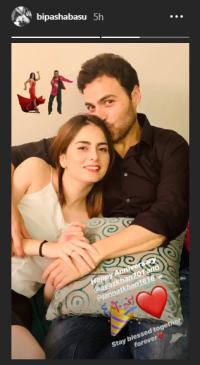 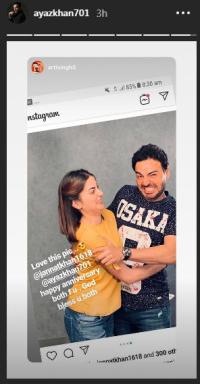 In a 2018 interview with The Times of India soon after his wedding, Ayaz Khan opened up about his nikaah and how the couple got only a week to prepare for it. He had stated, “Amish [His wife, Jannat] and I have been acquaintances, as our families have known each other for many years. My mother was in talks with her family regarding the alliance. We were planning to have an engagement ceremony now, followed by the wedding and reception in November or December, as it would have been easier for my brothers, who are settled in the UK, to attend the functions with their children. However, my mother and Amish’s family suddenly decided to go ahead with the nikah, as they didn’t want to delay the wedding by another eight months. We got just one week to prepare for it. In fact, I turned up in denims for the nikah, as I wasn’t carrying anything more formal than that. I bought a sherwani for the dinner though, (laughs).” (Also Checkout: 10 Bollywood Khans Who Married Outside Their Religion And Are Proud Husbands Of Gorgeous Hindu Wives) 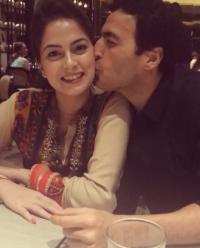 Ayaz Khan also admitted that he is fortunate to find a partner like Jannat and shared, “The past two weeks have been blissful. She even wears chooda, which is not in our culture, just for me. She remembered my mother telling her that I love seeing brides in choodas. At the end of the day, you just want to be happy and at peace with your partner. Usually, in an arranged set-up, you have to put on a front at least for some time. But I can be myself with her, as she is a friend first. She isn’t talkative like me. The other day, I asked her what she loves about me and she said, ‘I am fortunate to have got a happy and funny husband and not a boring and serious one’.” (Don't Miss: 5 Bollywood Divas Who Changed Their Religion For Love) 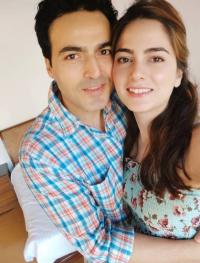 Ayaz Khan had further added, “I hope we don’t have to work towards a happy married life and that it happens organically.” He also revealed that his nikah happened suddenly so much so that even his close friends weren’t aware of it. Ayaz reverted, “The marriage happened suddenly. In fact, most of my friends got to know about it on the day of the nikah, when I texted, asking them to be ready for a surprise. I don’t see any reason to announce my wedding on social media. This quiet and surprise wedding has been the best decision, as it was quite stress-free.” (Also Read: Ranbir Kapoor's Romantic Birthday Gift For Alia Bhatt Is Making Boyfriends Across The World Look Bad) 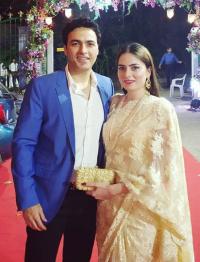 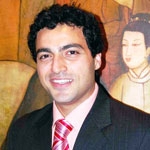