Couples can fight, but parents cannot! And looks like Bollywood actor, Imran Khan's wife, Avantika Malik knows how to make her daughter feel special while her own world is crumbling! 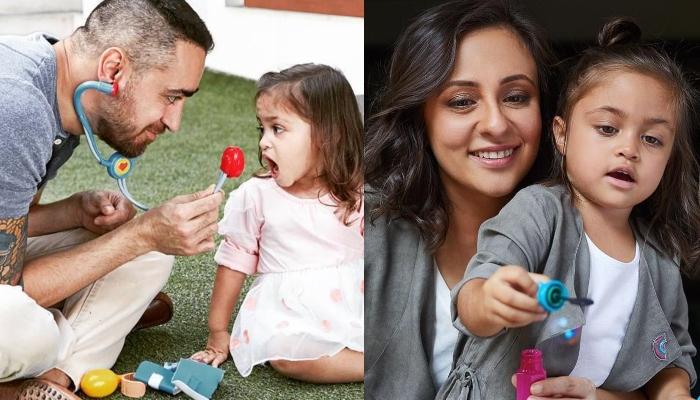 Bollywood actor, Imran Khan and his relationship with wife, Avantika Malik have redefined modern love story. They have always exuded couple goals and made us believe in the power of love. It was in the year 2002 when the couple first met each other in Mumbai, and from then there was no looking back. After dating for eight years, they tied the knot in 2011. But if reports are to be believed, the couple's marriage is on the rock as there are differences that they are not able to solve yet. (Recommend Read: Imran Khan-Avantika Malik's Marriage Still In Danger, Her Mother Says, "There Is No Change")

The news has been confirmed by Avantika's mother, Vandana Malik as she had stated that it is just some issues that they are facing. But looks like nothing is resolved yet and it has taken a toll on Imran's health. A couple of days ago, his pictures went viral, wherein, the actor seemed to have lost a lot of weight.

However, we are keeping our fingers crossed and hoping that they resolve their differences. On May 9, 2019, the couple's daughter, Imara turned five, and Avantika took on her Instagram handle to wish her. She posted a picture of her baby girl, and wrote a heartfelt note that can be read as, "That face makes everything (and I mean EVERYTHING) alright. I never knew the love I was capable of feeling until this amazing creature arrived 5 years ago. Baby girl, you are my soulmate, thank you for saving me time and time again. I love you. Happy Birthday!!!" Take a look at it below:

For those who don't know, Imara is the heart of her parents, Imran and Avantika. In fact, the actor had taken a year's sabbatical to take care of his wife, Avantika when she was expecting. In an interview with The Quint, he had shared his love at first sight with his daughter, and had said, "I didn’t know what to expect because we had stumbled into it. Suddenly, she (Avantika) was pregnant. Suddenly, the baby has come. And I felt like it snowballed really quickly, and those first couples of the month, we were both at a complete loss; we had a really rough time. Even though Imara from, like, day two or three would tend to sleep through the night, we’d be up in the night wondering, ‘Is she breathing? Is she suffocating?’ Both of us were nervous wrecks. It took us five or six months to really settle down and stop being so panicky. That was when I first started to really feel that, ‘Oh my god, I’ve lost my heart to this girl.’ And now I know what that mad parental love is." (Also Read: TV Actress Neha Narang Got Married When She Was 23 Yrs Old; She's Also A Mother Of 2 Yr Old Baby)

In the same interview, Imran had shared how he feels when he drops his little kid to the playschool, "It’s a nightmare, haan. Every time I drop Imara to playschool, it’s ‘Papa, don’t go’. You’ll die on the spot because your baby is weeping and you have to leave her. I sit on the steps outside, listening to her cry, thinking, ‘Oh god, I’m a bad father. What am I doing?’"

He had further added, "I was shooting a film from the time Imara was four to eight months old. I was a little nervous about not being there for big moments like if she were to say a word. I would see her in the morning before I left, for a few minutes. And then the second I returned, I would spend time with her till she went to sleep. Avantika would come on set all the time with her. Luckily, I was there when she took her first steps. I consciously made an effort to not take on work when I knew that that was ‘baby Imara time’. For the past year, I have not shot for any movie. I have been home, with the baby. I’ve been travelling with her and I’ve been there for every major moment."

In another interview, Avantika had revealed her love for Imara, and had said, "For us, as a couple, it (having a baby) put things into perspective magically. It also happened to coincide with the time when some of his films hadn’t done well, and he had taken a sabbatical to clear his mind. Imara is a gift for us. The timing of her arrival was so perfect." (Don't Miss: Avantika Malik's Mother Responds To Reports Of Divorce Of Her Daughter With Imran Khan)

Well, we hope that Imara helps her parents, Imran and Avantika reunite on her big day! 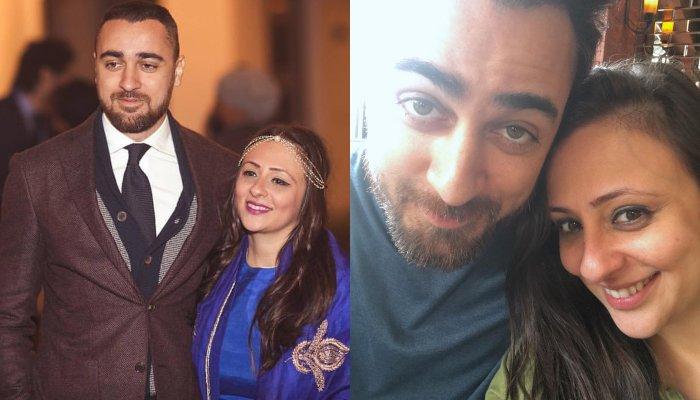 Relationships are as delicate as a piece of glass. It needs to be handled carefully, taken care of properly else, in no time, it will shatter to pieces. Similarly, any kind of bond, be it marital or relationships come with its own set of responsibilities and it is always the