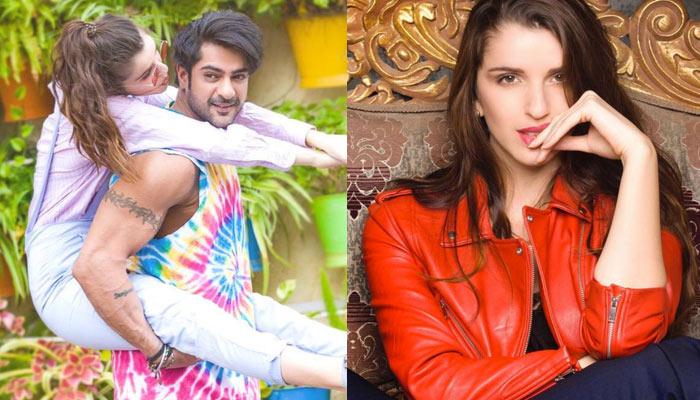 The popular television actor, Ashish Kapoor has been struck by the cupid once again. After dating his Dekha Ek Khwaab co-star, Priyal Gor, he found love in Albanian model, llda Kroni. Their social media PDAs are enough to prove that the couple is madly in love with each other.

According to the sources, Ashish and Ilda have taken their 8-month-relationship to another level. A source from a leading media portal was quoted as saying, “Ashish popped the question it Ilda on December 31, 2017, and she instantly said ‘Yes’. Without wasting time, the families decided on a Roka ceremony and the two got engaged on January 2, which took place at the actor’s residence in Mumbai.”

However, Ashish rebutted his engagement news, and said, “When we do get engaged, you will get to know.” The lovebirds met through a common friend in Delhi, which is Ashish’s hometown. And soon they developed feelings for each other. In an interview with Tellychakkar.com, Ashish talked about his lady-love and said, “Yes. Ilda and I are in love. We developed feelings for each other when we met through a common friend in Delhi, which also happens to be my hometown. It has been six months that we are seeing each other. Ilda is the sweetest and most down to earth person I have ever met. She’s a brilliant cook and a wise man said that a way to a man’s heart is through his stomach, so I guess she took the right road (smiles)” 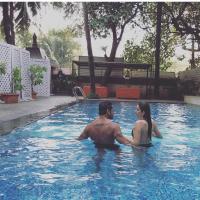 Talking about his marriage plans, he said, “It feels great to fall in love after a long time. It’s too early to talk about marriage.” Ashish and Ilda are avid social media users, and their Instagram accounts are flooded with their lovey-dovey pictures. Giving some major couple goals with their pictures and captions, they are one of the hottest couples of the telly land. 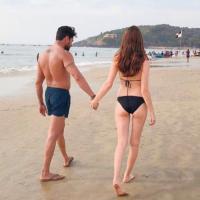 On December 12, 2017, it was Ilda’s birthday and Ashish posted a really sweet message for her on his Instagram. He wrote, “Happy birthday my love. It’s your birthday but I must say GOD has given me the present. The gift of love by bringing you in my life. No words can express the love I have inside me for you. May you get all the happiness and love in life. Even my share of happiness because you deserve it. I love you to the Pluto and back. Happy birthday my LIFE.” In another picture, Ashish wrote for his lifeline, “You taught me the true meaning of love, life, happiness. Many people go through many emotions in life. But to understand it and feel it deeply is truly divine. You changed my life in every possible way.” 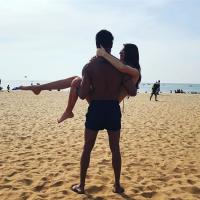 For those who don’t know, Ashish rose to fame and made his name in the telly world with Waaris and Star Plus’ Saraswatichandra. He was also seen in other famous soap-operas like Savitri, Yeh Rishta Kya Kehlata Hai and Saat Phere: Saloni Ka Safar. His relationship with his Priyal Gor ended after their show, Dekha Ek Khwaab went off air.

We wish the couple all the love and happiness in the world.

Next Read: Rakhi Sawant's Ex-BF Abhishek Awasthi Is Getting Married, Talks About Chef-Fiancee For 1st Time