Recently, Alia Bhatt gave her fans a glimpse from her Ooty schedule with mommy, Soni Razdan and sister, Shaheen Bhatt. Shaheen and Alia wrapped themselves in a red shawl as mom Soni leaned on latter.

Shanaya of Student Of The Year convinced us that nepotism will rot the essence of cinema and Alia Bhatt, in her debut film, proved to be a product of that. But soon, Alia convinced us that first impressions could be misleading and with Highway, Udta Punjab, Dear Zindagi, Raazi, Gully Boy, she made theatres feel and critics bite their tongues. We all feel honoured to witness the journey of Alia Bhatt, from being a 19-year-old naïve star-kid to a 26-year-old strong and fervent star! (Also Read: Anita Hassanandani And Rohit Reddy Rehearse For 'Nach Baliye 9' With Endurance And Pinch Of Romance)

In 1991, Alia Bhatt’s half-sister, Pooja Bhatt starred in a celebrated film, Sadak, opposite Sanjay Dutt and 19 years later, the Bhatts have announced the sequel to this film. Alongside Pooja and Sanjay, Alia and Aditya Roy Kapur will make us nostalgic with the sequel of Sadak. On July 14, 2019, Alia had taken to her Instagram to announce an update about the shooting of her upcoming film, Sadak 2. Posting the front page of the script of the film, which had "Sadak 2... Written by Mahesh Bhatt and Suhrita... Copy for Alia Bhatt... Ooty sides only" printed on it, Alia had captioned it with “Prep” followed by bag, pencil and coffee emojis hinting that she is all set to get to work. On July 23, 2019, Alia Bhatt gave her fans a glimpse from her Ooty schedule with her mommy, Soni Razdan and sister, Shaheen Bhatt. With her sister on one side and mom on the other, Alia could be seen sandwiched-in-love as the oh-so-gorgeous trio posed for a picture. Shaheen and Alia wrapped themselves in a red shawl as mommy Soni leaned on the latter. Alia captioned her post as, “a whole lotta love” followed by a kiss and heart emoji. In May 2019, when Alia Bhatt had begun shooting for her work-in-progress film Sadak 2, she was petrified as it will be directed by her father, Mahesh Bhatt. Posting a picture of the film’s clapboard, Alia had expressed that she is feeling like a little mouse who is trying to climb a beautiful emotional mountain. She had written, “Today is Day 1 of Sadak 2. And that's my father, now also my director, holding the clap. I begin shoot in a few days and honestly, I’m petrified. I feel like a tiny mouse trying to climb a beautiful, immense, emotional mountain. I hope I make it to the top and if I fall I hope I’m able to get up again. It’s a tough climb but from everything I’ve seen and everything I’ve heard, I know every single step and misstep will be worth it! Here's to movies, family, dreams and starting out on a brand NEW journey! And what a journey it’s going to be!!!!” (Also Read: Taimur Ali Khan and Inaaya Naumi Kemmu Chill With Their Moms At A Farm, Special Guest Joins Them) 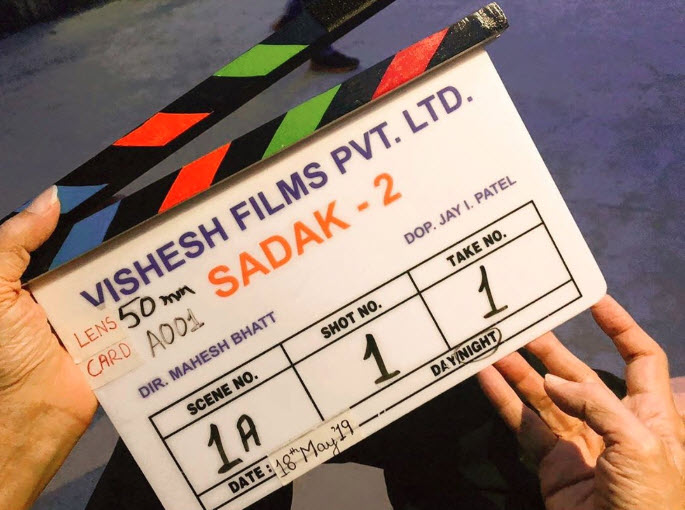 A while back, Alia Bhatt had posted a video on her YouTube channel wherein she had given her fans a glimpse of her moving day into her new house, 2 years back. In her vlog, Alia had said, "A new, very personal vlog is up on my channel. It's a look back at when I moved into my home two years ago." Describing how she went about designing her house with the help of her sister and her interior decorator, Alia had revealed that she was a part of the designing process as she's always been very 'particular about her space'. Alia had also said that she strongly felt for her new place as it was the first time, she had moved out of her home into a house she bought with her own money. 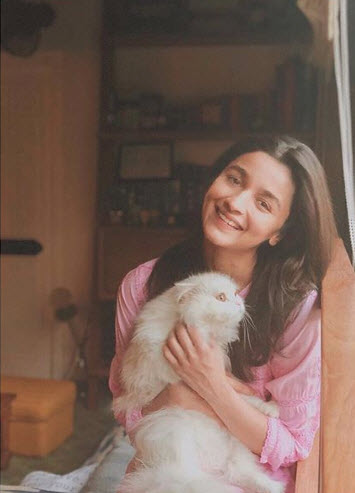 Alia Bhatt had continued, "Moving into my house was a very, very special experience because it was the first time I was moving away from my home into my new house. The whole process took about two years doing the up and all.... A lot of the things we (Alia and her sister Shaheen) did were by ourselves... like I said, I wanted to be involved with each and every aspect of the house because eventually I have to live in it. I'm a very particular person about my space... very much like a cat." Speaking of Shaheen staying part-time with her, Alia remarked, "Initially, I was going to move in alone then I decided to take my sister along with me and of course, she was happy. But she decided to live part-time with me and part-time with our parents." Alia Bhatt had concluded her vlog on the note, "My sister is amazing with like picking up little things for the house. She ordered a lot online and we made a couple of trips (for the stuff). However, it (the set up) didn't happen in one go. It took a couple of days and there were times where we felt the house was set but then few days later we would change our minds. But I really enjoyed that process and whenever I look back and think about it feels like it was ages ago but actually it wasn't long ago." (Also Read: Arjun Kapoor Reveals How The Kapoor Family Had Reacted To His Relationship With Malaika Arora) 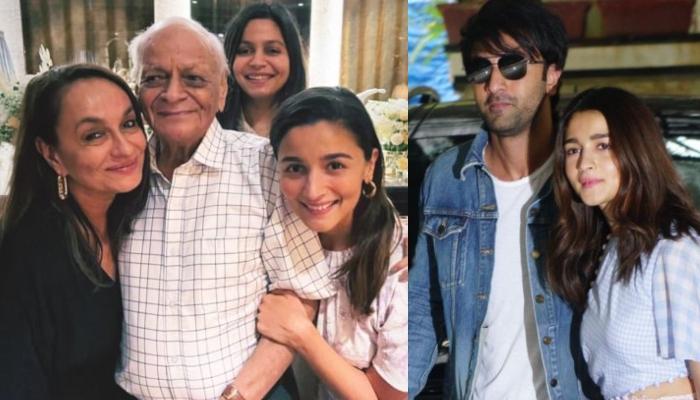 Ever since Alia Bhatt's 'crush', Ranbir Kapoor became her 'beau', there isn't an occasion, festival, birthdays or anniversaries that the Bhatts and Kapoors don't celebrate together. The Kapoor and the Bhatt families now seem to be one big happy family and for them, it seems like the celebrations are incomplete