Bollywood actor, Shah Rukh Khan's son, Aryan Khan's case had witnessed many twists and turns. From NCB (Narcotics Control Bureau) facing numerous allegations on the manner they've conducted their investigation to Aryan's bail plea getting rejecting time and again, people were anxiously waiting to witness the closure of the high-profile drug case. Finally, it was on October 27, 2021, when the Bombay High Court had witnessed an army of reputed lawyers seeking Aryan's bail in the drug case.

However, the former attorney general of India, Mukul Rohatgi's role in the case is undeniable. He had grabbed all the headlines after he had visited the court to get bail for the star kid. As the NCB had failed to prove Aryan's involvement in the drugs case, the Bombay Court had granted him bail. Bollywood superstar, Shah Rukh Khan’s son, Aryan Khan was snapped by the media after he appeared before the NCB’s (Narcotics Control Bureau) office in Mumbai on November 5, 2021. The celeb kid was told by the Bombay High Court to register his presence before the NCB office every Friday from 11 am - 2 pm. Thus, as a result of the official guideline from the court, Aryan visited the NCB office and looked quite calm and serious. Aryan visited the agency's office in a Range Rover along with one of his lawyers, Nikhil Maneshinde. The pictures and videos from Aryan Khan's first official appearance at the NCB's office in the Mumbai cruise drug case have surfaced on the internet. Check out below: 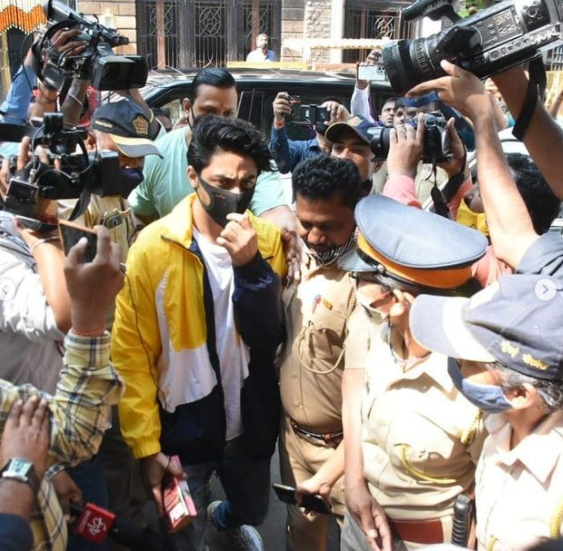 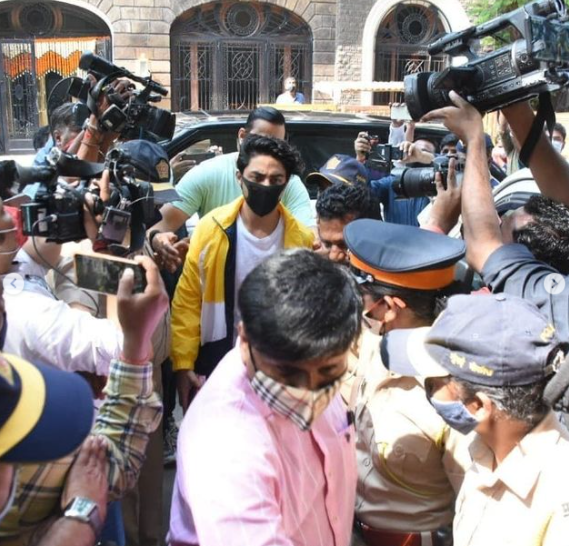 After Aryan was granted bail, Shah Rukh Khan's legal team had released an official statement with a couple of pictures of the superstar. In the statement, they had written:

"Aryan Khan has ultimately been released on bail by the High Court. No possession, no evidence, no consumption, no conspiracy, right from the first moment when he was detained on October 2, 2021. Nor is there anything as of now. We are grateful to the almighty that our prayers were accepted by Mr Justice Nitin Sambre and he granted bail to Aryan. Satya Meva Jayate." 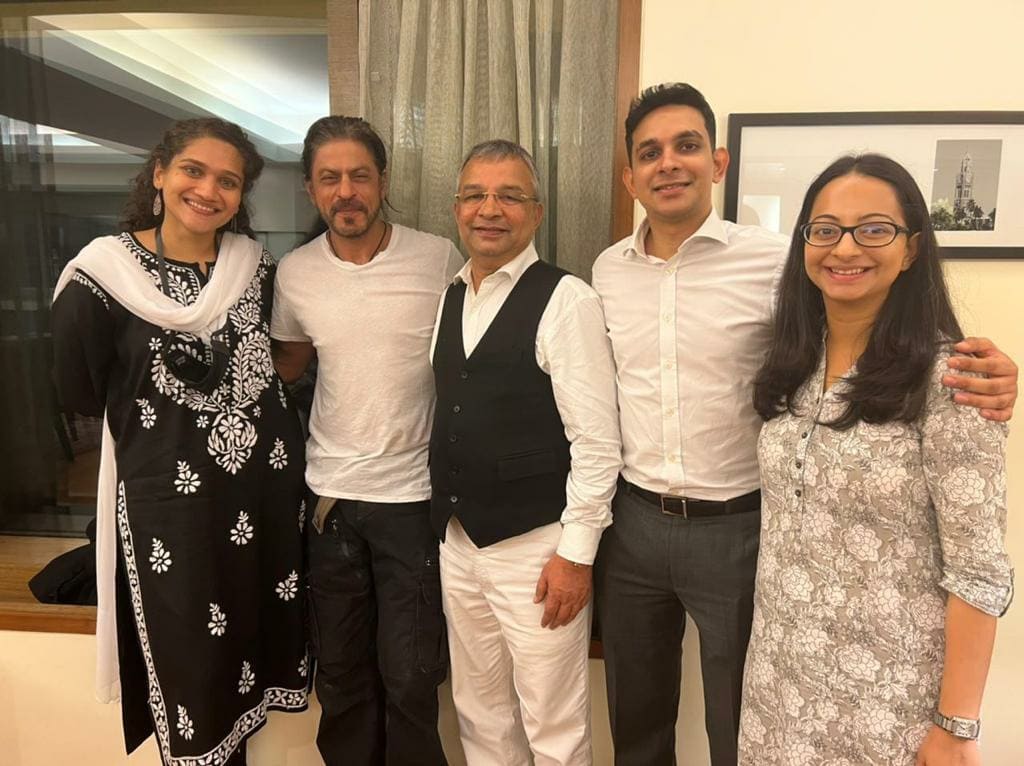 In the pictures, the actor was seen posing with the team of his lawyers, who had fought his son, Aryan's case and his manager, Pooja Dadlani. However, Shah Rukh's happy smile had depicted the pain he had gone through in the past few days.

Don't Miss: Kangana Ranaut Gives A Sneak Peek Into Her Lavish Abode As She Shares Her Diwali Pictures Several fan clubs had celebrated Aryan's bail as pre-Diwali. SRK's fans had patiently waited outside the court and his house, Mannat, with posters of Aryan, when the news of his bail had broken out. As soon as Aryan was granted bail, his younger brother, AbRam had come out at the terrace of Mannat and had waved at the happy crowd in true Shah Rukh Khan style.

The NCB had arrested Aryan Khan on October 3, 2021, in the cruise drug case.