On November 18, 2019, Arpita Khan Sharma and Aayush Sharma celebrated their fifth wedding anniversary. The bash was attended by all the close friends and family members. A daughter is the lifeline of the house, she brings joy and happiness in the family just by the mere presence of her. It becomes a difficult situation for the parents to see their lovely daughter leaving their house and starting her new journey with her life partner. The mixed emotions of parents turn into joyous moments when they see their daughter happily settled in her new house. The same thing has happened with the Khan khandaan, when the lifeline of their house, Arpita Khan had added ‘Sharma’ to her surname. (Recommended Read: Kriti Kharbanda Finally Reveals Her Relationship Status With Her 'Pagalpanti' Co-Star, Pulkit Samrat)

Arpita Khan Sharma is the youngest sister of Bhai of Bollywood, Salman Khan. Daughter of Salim Khan and Helen, Arpita is the jaan of the khan khandaan and now for the Sharma pariwaar also. Married to her long-time beau, Aayush Sharma, Arpita is living her ‘happily ever after’ and enjoying each phase of her life. Arpita’s wedding was a grand affair and was one of the much talked about wedding of the year 2014. Proud parents of Ahil Sharma, Arpita and Aayush are soon going to welcome the 4th member of the family. On November 18, 2019, Arpita and Aayush completed 5 years of married life and the celebration was a family affair. 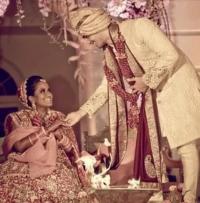 November 18, 2019, was a special day for the Khan family not only because Arpita Khan Sharma and Aayush Sharma were celebrating their 5th wedding anniversary, but because it was a double celebration in the family. As Arpita and Aayush completed their 5 years of married life, Arpita’s parents, Salim Khan and Salma Khan had completed 55 years of married life. The Khan-Sharma family celebrated the dual occasion with close friends and family members in Mumbai. It was a star-studded affair with Katrina Kaif, Sonakshi Sinha, Jacqueline Fernandez, Karima Kapoor, Shilpa Shetty Kundra and many more in attendee. Arpita looked her best in a casual Dolce and Gabbana black-coloured mini dress and twinned with hubby, Aayush, who looked dapper in all-black attire.

On November 18, 2019, Arpita Khan Sharma had taken to her Instagram and posted a series of pictures and had written a heartfelt note to wish Aayush Sharma on their 5th wedding anniversary, which could be read as "We may not have it all together but, together we have it all.” Happy 5th Anniversary my Love. I can’t thank you enough for being the perfect balance in our relationship. I love you very very much. From being friends to being a boyfriend, to becoming a husband & then a father, every journey has been amazing. It doesn’t feel like it’s been 5 years. Thank you for always grounding me, being my reality mirror & having my back. @aayushsharma my forever." On the other hand, Aayush had taken to his Insta stories and wished Arpita by posting two pictures and wrote 'Happy Anniversary baby' atop them. (Suggested Read: Tahira Kashyap Recalls Her Dating Phase With Ayushmann Khurrana And Thought His Name Was 'Abhishek')

On the occasion of Aayush Sharma and Arpita Khan Sharma’s 4th wedding anniversary (November 18, 2018), Arpita had taken to her Instagram handle and had posted a beautiful wish, which could be read as “A great marriage is not when a perfect couple comes together, it’s when an imperfect couple learns to enjoy their difference. Not only are you my husband & Ahil’s Pappi, you are my best friend too. Through Thick & Thin, Happiness & Sorrow. I am blessed to have a partner in crime like you. Love you very very much @aaysharma Happy Anniversary.” On account of their 4th wedding anniversary, Aayush and Arpita were holidaying in the beautiful Maldives and Aayush’s Instagram posts were sure to make us go green with envy! 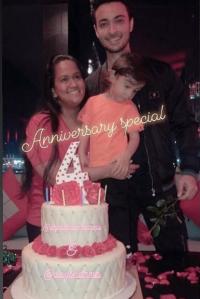 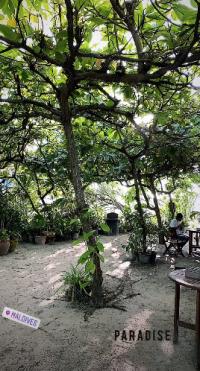 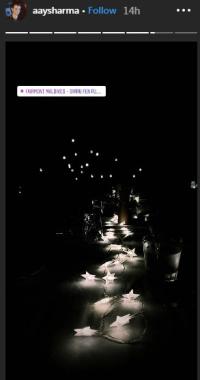 In an interview with the Filmfare, Aayush Sharma had talked about his wifey, Arpita Khan Sharma and had stated, “She’s been my support from day one. She’s my backbone. She’s warm and caring. I didn’t know the seriousness of this profession. When I started training under Bhai it came as a rude shock. I realised it’s not as easy as it looks. She was the one, who kept me motivated. She said, Listen you have to do it for me, for our son Ahil, for yourself. Like one day I had to do an action sequence in Gujarat. But I was unwell. Arpita told me on the phone, You can declare a pack-up. No problem. But remember, when one-day Ahil goes on the set, he should hear that his father used to perform like this and under such conditions. That will motivate Ahil to work harder. Arpita’s one person, who never gives up. On days when I come home tired, she says, be grateful you have work. There are many, who wait for this opportunity. So, don’t let it go.” (Also Read: Kajol's First Look In 'Tanhaji' Has An Uncanny Resemblance With Her Maharashtrian Wedding Get-Up) 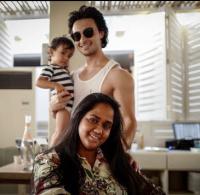