Salma Khan and Arpita Khan Sharma posing for a 'three generations in one frame' picture with Ayat Sharma is a sight to behold and the soon-to-be one-year-old indeed raised the cuteness level high.

Ever since a couple ties the knot, both of their mothers are after their life to embrace parenthood. Not a single day passes by when they don't express their wish to become a grandmother. And when they finally become one, their happiness knows no bounds and they will do anything and everything to pamper and love the baby to the core. They have so much unconditional love to give, irrespective of how well you get along, theirs will be stronger than anyone else’s. Salma Khan is a proud and blessed grandmother, who has not one but seven grandkids to shower her love on. (Also Read: Nisha Rawal's Experience On Terminating Her Unborn Baby In 2014, Speaks On Elective Abortion [VIDEO])

Most of the youngster lot of the Khan khandaan, Arhaan Khan, Nirvaan Khan, Yohan Khan, Ayaan Agnihotri and Alizeh Agnihotri prefer to stay away from the media limelight but the youngest ones, Ahil Sharma and Ayat Sharma have stolen our hearts with their cuteness. Ahil and Ayat take the internet by storm with their cuteness overloaded pictures shared on social media by the Khan clan. Every now and then, we also get glimpses of the love showered on the little munchkins by her doting family members, including parents, grandparents, uncles and aunts. Thanks to social media too, we often get unseen glimpses of the family love.

Salma Khan Hugging Grandson, Ahil Sharma As He Rests Peacefully On Her Is All About 'Nani Ka Pyaar'

When Arpita Khan Sharma and Aayush Sharma had embraced parenthood for the first time in 2016, the Khan-Sharma families were overjoyed. Three years later, when Arpita and Aayush had welcomed their second child, the happiness of the families knew no bound and every member of the family was on cloud nine, looking to squeeze moments for themselves with the little one to dote on. Scrolling through our social media feed, we got hold on a beautiful picture with Arpita holding her little one, Ayat Sharma and posing with the happy grandmother, Salma Khan in the frame. While the picture with three generations in one frame was surely a sight to behold, Ayat had indeed raised the cuteness level high. 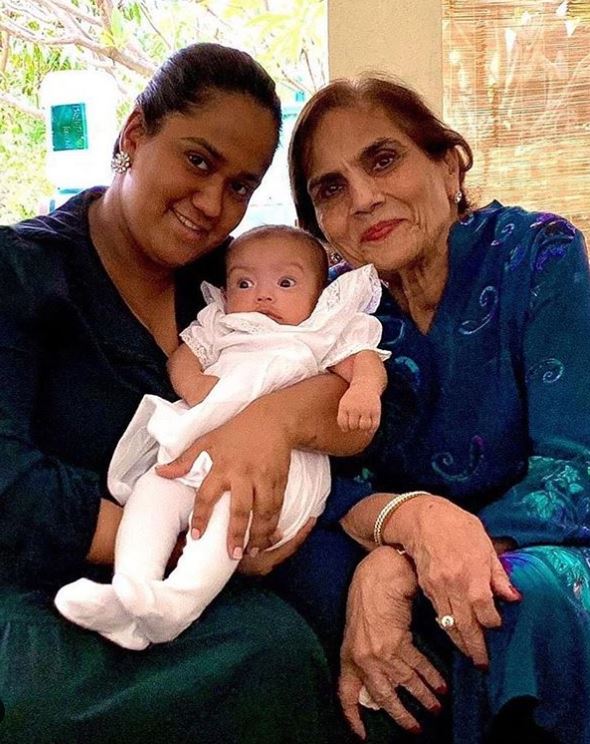 There is no blissful feeling in the entire world that can replace the experience of spending time with grandparents. Ahil Sharma and Ayat Sharma too, are the blessed ones to get the unconditional love from their maternal grandparents, Salim Khan, Salma Khan and Helen and paternal grandparents, Anil Sharma and Sunita Sharma. A few weeks ago, Salman Khan and Arpita Khan Sharma’s sister, Alvira Khan Agnihotri’s director-producer husband, Atul Agnihotri had treated the Khan-Sharma fans with a beautiful picture of Salma ji and Ahil. Resting peacefully on his nani, Ahil had looked adorable as he had hugged Salma ji. Atul had captioned it, “#NaniMaa @arpitakhansharma.” (Also Read: Arpita Khan Shares Childhood Picture Of Aayush Sharma, His Resemblance With Daughter Ayat Is Evident) 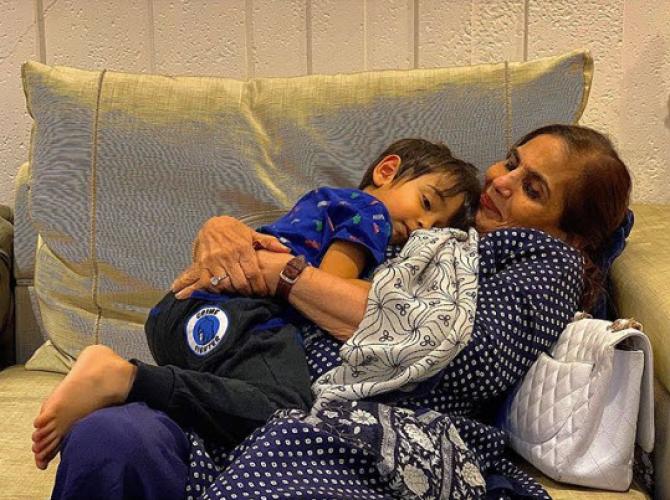 Almost three weeks after Ayat Sharma had come into this world, her mommy, Arpita Khan Sharma had posted her daughter’s pictures with her birthday twin and mamu, Salman Khan and nani, Salma Khan. Along with it, Arpita had penned a ‘overwhelmed, grateful and thankful’ post for her mother and brother, which could be read as “There’s nothing in this world that scared me & the only reason was I knew I had you by my side & you would never let anything happen to me. Now ayat has been blessed with the same security. These hands are god sent. Overwhelmed, grateful & thankful for @beingsalmankhan & my amazing mom @salmakhan1942 two people who only have love to give.” Here's a picture of the trio: 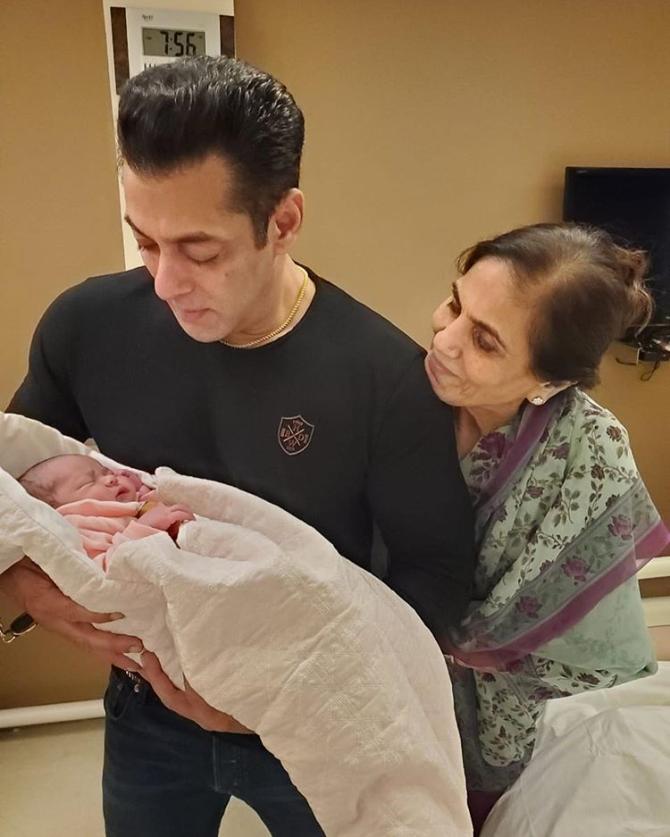 Ever since Arpita Khan Sharma and Aayush Sharma had embraced parenthood, their social media handles have been flooded with pictures and videos of their little munchkins, Ahil Sharma and Ayat Sharma. Sometime back, Aayush had posted pictures of Ahil and Ayat, happily smiling for the camera. For the pictures, Aayush had quoted Paulo Coelho and had revealed the three things that an adult can learn from a child. He had captioned the pictures as “A child can teach an Adult 3 things - To be happy for no reason - To always be curious - To fight tirelessly for something Paulo Coelho.” (Also Read: Arpita Khan Sharma Shares An Adorable Picture Of Her Daughter, Ayat With Her 'Nana', Salim Khan) 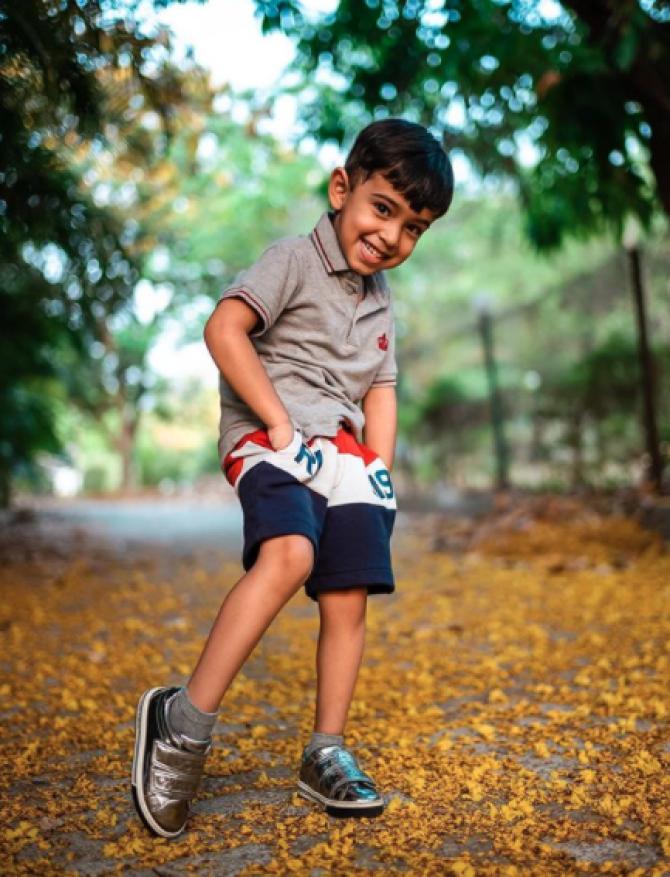 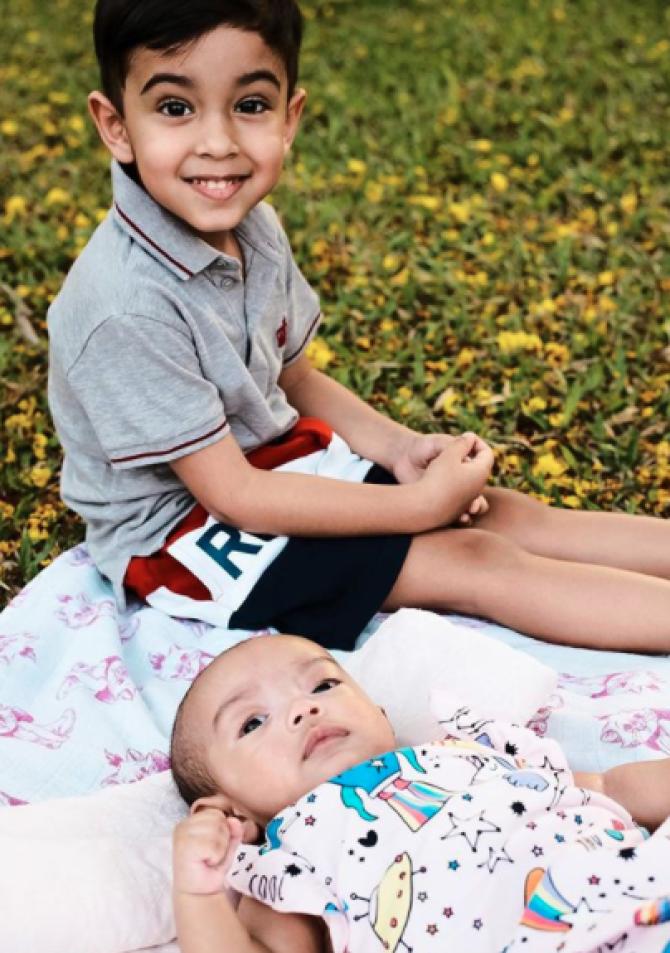 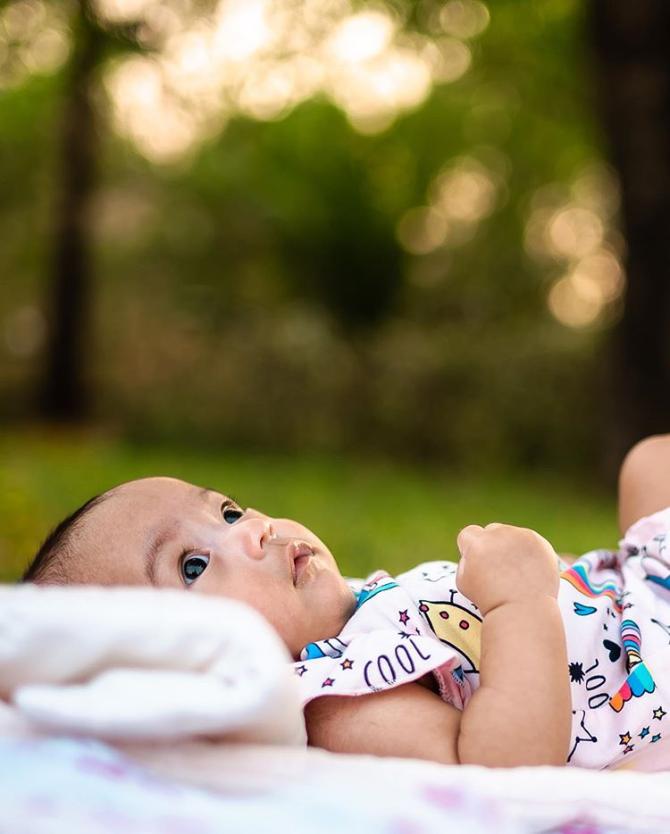 Much love to the little munchkins of Khan khandaan!