A loss is a loss and no words or time can ever repair it, we only start to live with it. Recently, Armaan Jain shared a throwback picture remembering his 'Chintu mama' AKA Rishi Kapoor.

A loss is a loss and no amount of words or time can ever heal it. We only start to live with the fact that we will never be able to hold their hand and hear their voice again. The world changes but it is the love we hold for our dear ones, who left for the heavenly abode that never dies. They live on forever in our memories and in the pictures we have clicked with them. And an exactly similar void was left in the hearts of the Kapoor family when late legendary actor, Rishi Kapoor had left for the heavenly abode on April 30, 2020. (Recommend Read: Kareena Talks About Things She Has Learnt From Hubby, Saif, Reveals Her Plans For Next 20 Years)

Its almost going to be a month, and we still haven't accepted the fact that the shining star of the film industry is not with us. The actor had left us teary-eyed amidst the lockdown with no goodbyes and no proper prayer meet. The entire nation's heart stopped together in that moment when we had heard the news of our loving Rishi ji's demise. And the Kapoor family still haven't accepted the fact that their precious family member is no longer with them. 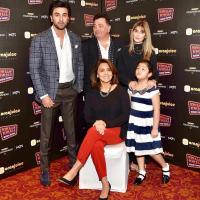 On May 28, 2020, Armaan Jain took to his Instagram handle and posted a throwback picture from his old photo albums with the big happy Kapoor family. In the picture, we can see the entire family posing together for the camera. Alongside it, the actor shared how the lunches at Devnar Cottage will never be the same, his caption can be read as "Lunches at Devnar Cottage will never be the same... Words aren’t enough to describe the amount I love and miss you, each one of you has such a distinct place in my heart. Naniji Ritu Masi & Chintu Mama - memories to last a lifetime!!" Check it out below: 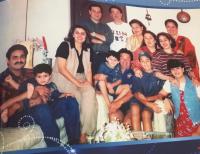 After the news of Rishi Kapoor's death came out in the morning, his wife, Neetu Kapoor had taken to her Instagram handle and had shared a heartbreaking note on the behalf of her family that could be read as "Our dear Rishi Kapoor passed away peacefully at 8:45 am IST in hospital today after a two-year battle with leukemia. The doctors and medical staff at the hospital said he kept them entertained to the last. He remained jovial and determined to live to the fullest right through two years of treatment across two continents. Family, friends, food and films remained his focus and everyone who met him during this time was amazed at how he did not let his illness get the better of him. He was grateful for the love of his fans that poured in from the world over."  (Also Read: Gauri Khan Gives A Glimpse Of AbRam Khan's Birthday Celebrations With His 'Favourite' Shah Rukh Khan) 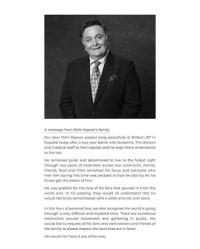 Her note could be further read as "In his passing, they would all understand that he would like to be remembered with a smile and not with tears. In this hour of personal loss, we also recognise the world is going through a very difficult and troubled time. There are numerous restrictions around movement and gathering in public. We would like to request all his fans and well-wishers and friends of the family to please respect the laws that are in force. He would not have it any other way." (Don't Miss: Mahhi Vij Leaves A Break-Up Note For Hubby, Jay Bhanushali, Actor Gives A 'Men Will Be Men' Reaction)

Well, some voids can never be filled!