Finally, two days after the arrival of their little munchkin, the newbie mommy, Gabriella Demetriades took to her Instagram story and shared a lovely picture from the hospital. It was in 2001 when Bollywood was blessed with a model-turned-actor with flawless personality and he had conquered our hearts like how! Since then, there has been no looking back for him as he became every woman’s dream man and has found a permanent place there. That man is Pyaar Ishq Aur Mohabbat fame, Arjun Rampal! But when he made his debut in the film industry, Arjun was already taken and was happily married to his fellow model, Mehr Jesia. But after 20 years of married life, Arjun and Mehr shocked everyone with their separation news. (Also Read: Vinny Arora Dhoopar Shares A Dreamy Throwback Dance Wedding Picture With Hubby, Dheeraj Dhoopar)

Arjun Rampal and Mehr Jesia are blessed with two daughters, Mahikaa (2002) and Myra (2005). The doting father, Arjun had also tattooed the names of his daughters on his arm. Before we share more details about the estranged couple, Arjun and Mehr’s relationship, let us fast-forward to what’s happening in his life currently. Soon after his divorce with Mehr, Arjun found love in a South African model-actor, Gabriella Demetriades. And a few months after they had been in a relationship, the lovebirds got blessed with a little bundle of joy in their lives. 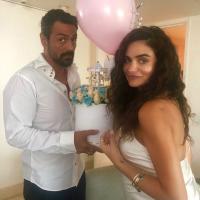 On July 18, 2019, Arjun Rampal and Gabriella Demetriades became proud parents to a baby boy. Renowned filmmaker, JP Dutta's daughter, Nidhi Dutta made the announcement on Twitter with a picture with the elated father. In a congratulatory post for the newbie parents, she tweeted, "Congratulations @rampalarjun on the arrival of your bundle of joy! God bless!"

Finally, two days after the arrival of their little munchkin, the newbie mommy, Gabriella Demetriades took to her Instagram story and shared a lovely picture from the hospital. Gabriella treated her fans with the first glimpse of their baby boy, cuddled in his father, Arjun’s arms as he couldn’t stop gushing over his little teddy bear. We are all hearts for this beautiful father-son moment captured by the excited newbie mommy. 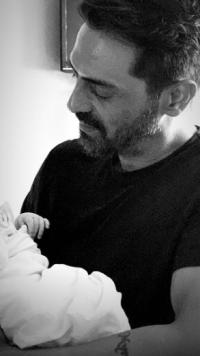 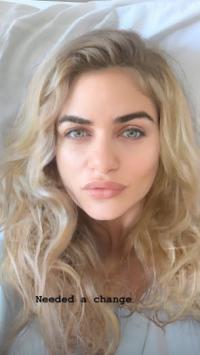 As soon as Arjun Rampal and Gabriella Demetriades embraced parenthood and welcomed a new munchkin in their lives, their fans longed to know their baby boy’s name. While we were pondering over what would be the name of this little star kid, Arjun revealed with the Mid-Day if they have yet thought of a name for their little one. He had said, “Not yet. Still thinking.” About Gabriella’s delivery, a source had shared with the Mumbai Mirror, “Gabriella’s parents were there at the hospital Thursday morning, they left a little after noon, escorted by Arjun. His daughters were also by their father’s side the entire day. Gabriella will be discharged by Friday and Saturday.” (Also Read: Esha Deol Announces Another 'Junior Takhtani' To Arrive Soon, After Birth Of Second Daughter Miraya)

Coming back to Arjun Rampal and Mehr Jesia’s relationship, when the former had announced that he and his girlfriend, Gabriella Demetriades were soon going to be parents, made us wonder how his estranged wife and two beautiful teenage daughters had reacted to the same. As per a Mumbai Mirror report, Mehr had taken the news of her ex-hubby, Arjun embracing fatherhood again in a positive stride. The report had stated, “The couple did their best to keep the pregnancy under wraps for the last six months. It turns out that several of their friends were kept in the dark too, including Mehr Jesia, Rampal’s wife of 20 years and mum to their two daughters, Mahikaa, 17, and Myra, 13.”

The report had further stated, “Mehr has in fact taken the news rather sportingly. Her friends say that even though they haven’t filed for divorce yet, Mehr has come to terms with the fact that Rampal has moved on personally.” A friend close to Mehr had shared with the same tabloid, “They are still working out the financial terms of the separation. Mehr is a wonderful mother and wants to do what works best for her children.”

Arjun Rampal, in a throwback interview, had once talked about fatherhood and had stated, “I used to think I’d be that father who’ll sit with a shotgun at the doorstep. But both of them are extremely responsible and very dignified in the way they conduct themselves. I’m very proud of them.” He had added, “As a father, all I can do is hope that nobody breaks their heart.” (Also Read: Inaaya Naumi Kemmu Excitedly Runs Towards Her Brother Taimur Ali Khan As They Meet After A Long Time) 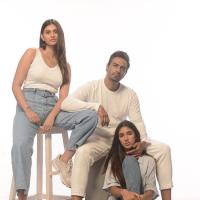 Can’t wait for the full picture of Arjun Rampal and Gabriella Demetriades’s little bundle of joy!

This was Bollywood actor, Arjun Rampal's little munchkin's second Rakhi and the celebrations in the Rampal household unfolded with great love and warmth. Arjun also missed his sister, who couldn't be there and so, his daughters, Mahikaa and Myra tied the rakhi on his wrist along with the little goofball,