Arjun Rampal's daughters, Mahikaa Rampal and Myra Rampal have always stood like a pillar of strength with their father. On January 17, 2020, Arjun shared an adorable birthday wish for Mahikaa.

The moment a man gets the news of his wife’s pregnancy, all he wishes is to be blessed with a daughter. From tying her ponytail to dropping her to school, a father does everything for his little angel. It is a pleasure as well as an emotional moment for a father to see his daughter grow as he realises that one day she will leave his home to start a new life with her partner. Bollywood’s handsome hunk, Arjun Rampal is a doting father to three adorable kids, Mahikaa Rampal, Myra Rampal and Arik Rampal. (Also Read: Rannvijay Singha Shares An Adorable Picture Of His Baby Girl, Kainaat Singha On Her 3rd Birthday)

Categorised under the list of ideal couples of Bollywood, Arjun Rampal and Mehr Jesia had broken many hearts when they had announced to end their 21 years of long marriage. Arjun and Mehr were an inspiration to millions and gave major couple goals to the millennials. The rumours about trouble in their paradise were doing rounds for quite some time, later a joint statement was released by the two to confirm their separation. Arjun, who had gotten married to Mehr in the year 1998, dotes on his two daughters, Mahikaa and Myra. Despite having a lot of ups and downs in his personal life, his daughters have stood by him like a pillar of support. 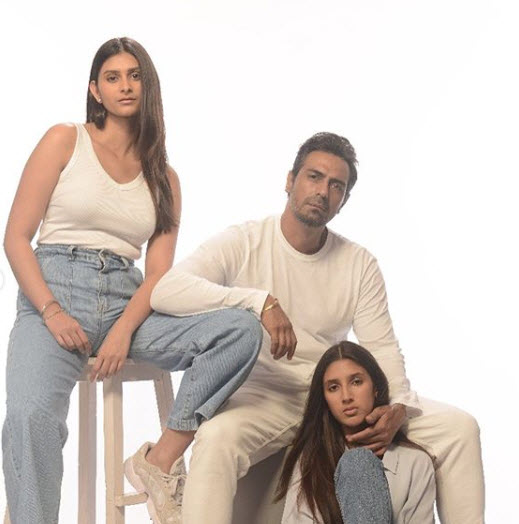 Arjun Rampal’s elder daughter, Mahikaa Rampal is celebrating her 18th birthday on January 17, 2020. And the doting daddy, Arjun took to his Instagram handle and shared beautiful pictures of Mahikaa with a heartmelting birthday note. His note could be read as “From carrying you around, to you having my back, a glimpse of these 18 years, some memories we shared and had, they fill my heart with pride and joy. My little angel into adulthood you dive, let’s keep creating our magic and memories forever so we can pause time... forever yours Da. Happy birthday. #HappybirthdayMahikaa #mahikaais18.”

On Father’s Day, June 16, 2019, Arjun had taken to his Instagram handle and had shared adorable pictures with his angels, Mahikaa and Myra. The trio had looked adorable and twinned with each other in black. Along with the picture, he had written, “The luckiest Dad in town. Thank you, girls, for such special memories.” (Also Read: Kalki Koechlin Reveals Her Family's Reaction On Knowing Her Decision To Have A Baby Out Of Wedlock) 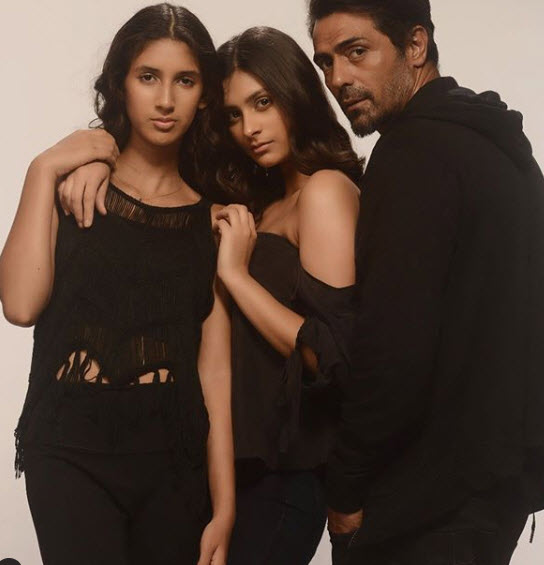 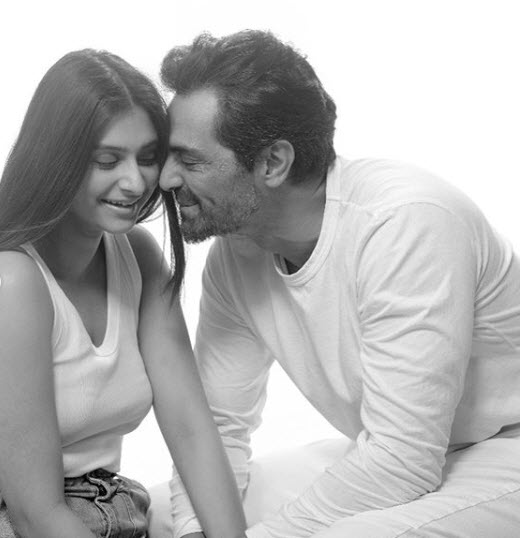 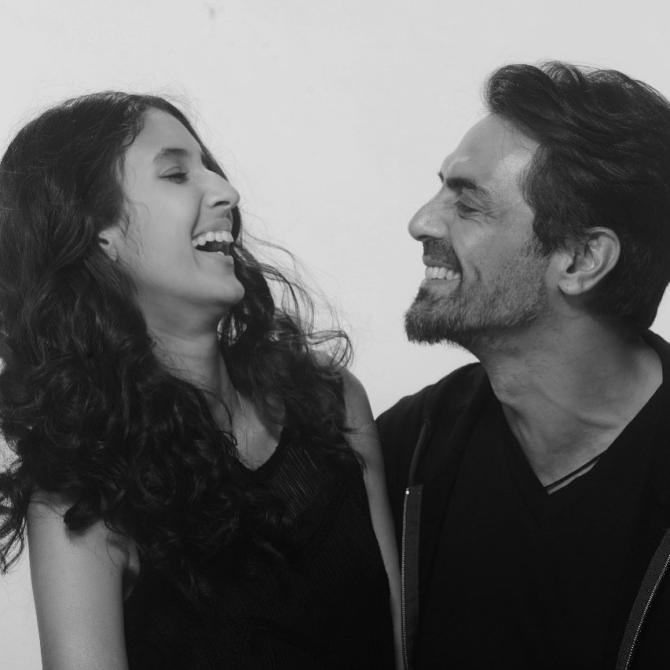 On November 19, 2019, Arjun Rampal and Mehr Jesia had been granted divorce and the custody of the daughters was given to Mehr. Sometime back, in an interview with the Mumbai Mirror, Arjun Rampal had said that his daughters have happily accepted Gabriella and was quoted as saying, "I must add that it was of prime importance that my daughters should accept her as a part of the family. I am blessed that they have, no questions asked." And that’s quite true for Arjun’s daughter had even gone to the hospital with him to pay a visit to Gabriella when she was about to deliver Arik.

As soon as Arjun Rampal had shared the picture with his then heavily pregnant girlfriend, Gabriella Demetriades, tonnes of congratulatory messages from fans and his friends from the industry had poured in. This had made us wonder if his estranged wife, Mehr Jesia and his two beautiful teenage daughters, Mahikaa and Myra knew about the same. As per a Mumbai Mirror report, Mehr had taken the news of her ex-hubby, Arjun embracing fatherhood again in a positive stride. The report had stated, “The couple did their best to keep the pregnancy under wraps for the last six months. It turns out that several of their friends were kept in the dark too, including Mehr Jesia, Rampal’s wife of 20 years and mum to their two daughters, Mahikaa, 17, and Myra, 13.” (Also Read: Janhvi Kapoor Shares That She Is Like Her Late Mother, Sridevi When It Comes To Hard Work) 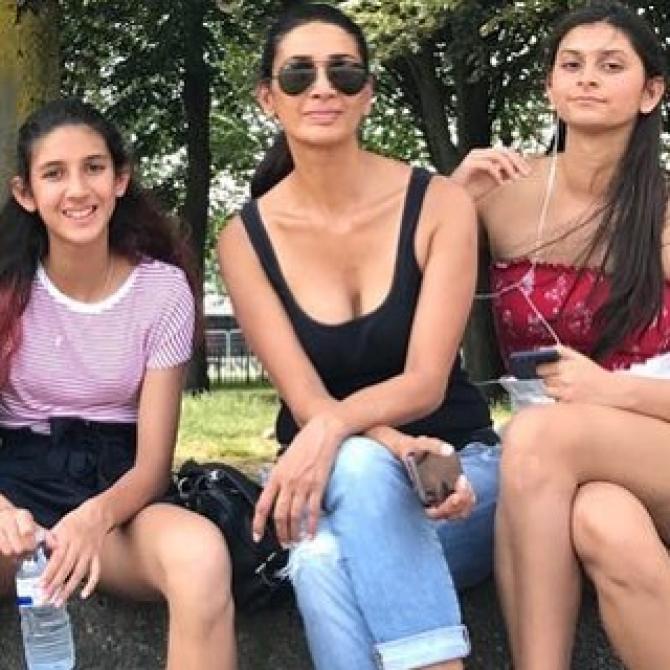 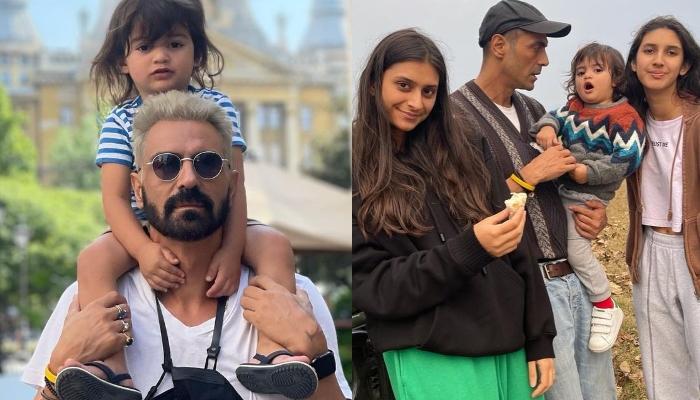