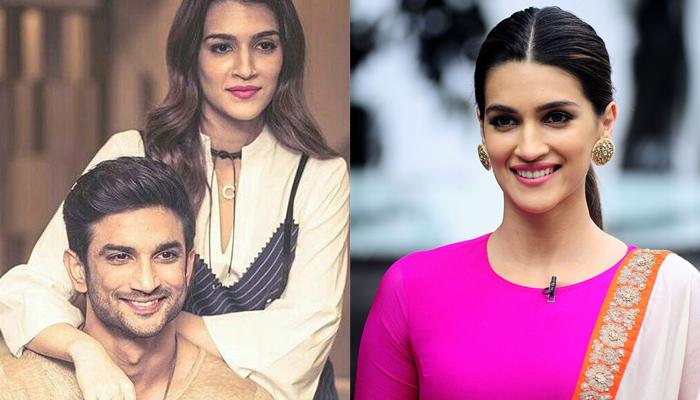 Lovebirds have just gotten past this year’s Valentine’s Day. Clearly, love is in the air. Even our Bollywood isn’t far behind and is a trendsetter in many ways. Bollywood’s beauty, Kriti Sanon, who has been rumoured to be dating, Raabta co-actor, Sushant Singh Rajput, speaks about love, marriages and relationships.

Talking to a leading daily, Kriti says that she doesn’t understand the concept of arranged marriages. She says, “I’m someone who can’t understand the logic of arranged marriages. For me, to be married to someone, it would mean that I am at least committing to live my whole life with that person, so I need to be madly in love with him first. Otherwise, I think having a family is just a beautiful commitment. There are marriages that last a lifetime and you see these old couples holding hands, still in love — it’s inspiring. You want your life to be like that.” 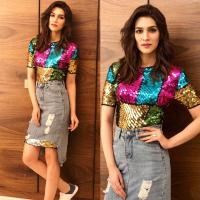 What are a few qualities that Kriti thinks should be in her ideal man? Kriti reveals, “It is a long list. First and foremost, I have to be in love with that person, which means he needs to be honest and loyal. I should be able to have great conversations with that person and we should find happiness even in silences. He has to be respectful to everyone and being a good human being is everyone‘s criteria. Also, he has to love kids.”

Is there anything which she would never tolerate in her relationship? She says, “Infidelity! Never ever... Honesty and loyalty are very, very important to me; maybe, even more than love. Because, if you’re not honest, I’ll be more insecure and then there will be problems. If my partner cheats, it would be over. How can you be in a relationship if you’re sleeping around? You’ve to be in a relationship only if you love that person and it’s worth it. Cheating would mean there’s no love. Even if you‘re in love and you still do it, that love will slowly fade away.” 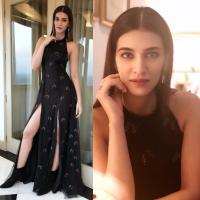 Kriti has constantly been in the news, not just for her films but also for her alleged relationship with MS Dhoni: The Untold Story actor, Sushant Singh Rajput. Recently, when Sushant celebrated his 32nd birthday, Kriti very sweetly wished him by posting a beautiful picture of the two, and captioning it as, “Happy Birthday @itsSSR ! Keep that childlike smile always alive. May you always stay as curious and excited as ever and may all that you wish for come true!” However, the two have always denied reports of the dating each other. When Kriti was recently asked to comment on her relationship status, she said, “It doesn't affect our relationship. I don't see a reason to justify my relationship with Sushant. We know what the truth is. Over a period of time, I have realised that link-ups with co-stars are part and parcel of the industry. I have made peace with it. We often read stuff about us that's completely baseless. We have always taken it in our stride.” When Sushant was asked the same question, he dodged speaking anything on Kriti and commented, “We are good friends. She’s an engineer and I was studying to be one too before I dropped out. We’re both from Delhi, big foodies and like spending time together. Period.” 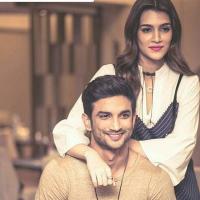 Now that Kriti has spilt beans on her expectations from a relationship and qualities that she seeks in her ideal man, do you think Sushant qualifies in this department? On the professional front, Kriti has started shooting for her next film, Arjun Patiala, alongside Punjabi pop singer, Diljit Dosanjh.

Next Read: 'Hichki' Fame Rani Reveals How Her Star Glory Has Created Problems In Her Married Life With Aditya