Gautami Kapoor revealed to a media portal why she and hubby, Ram Kapoor haven’t ever participated in 'Nach Baliye', given that they are one of the most sought after celeb jodi. 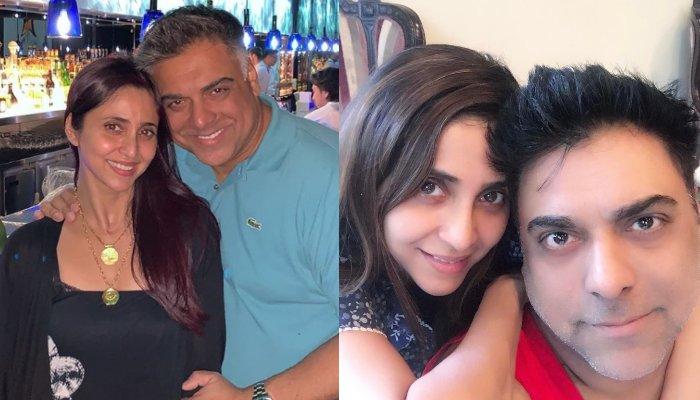 Whenever Star Plus announces that our favourite celeb couple dance reality show, Nach Baliye is all set to air on our television screens soon, our excitement knows no bounds! Speculations start to arise about which celebrity will be seen shaking their leg to hit Bollywood tracks and we can’t be more euphoric! In many previous seasons of Nach Baliye, rumours had it that Ram Kapoor and Gautami Kapoor will be seen putting on their dancing shoes, but with no luck. And in a recent interview, Gautami Kapoor reveals why. (Do Read: R Madhavan Gets A Wedding Proposal By An 18-Year-Old Girl, But It Is His Reply That Won Our Hearts)

Before we divulge more details about Ram Kapoor, Gautami Kapoor and their Nach Baliye stint, first things first! Ram has been grabbing a lot of headlines of late, for his wondrous transformation. From 130 kgs to now reducing almost two-folds of his weight, Ram Kapoor has truly served as an exemplar of the terms ‘fat to fit’! His wife, Gautami had taken to Instagram a few days back and surprised the nation when she posted a juxtaposition of two ‘before and after’ images of Ram, clicking a mirror selfie. Proudly presenting her hubby’s achievement, Gautami had captioned the post as “Fat to fab!!!!!!! Way to go. So so proud.” 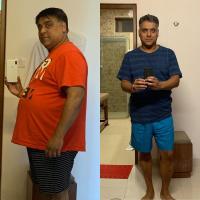 Ever since Ram Kapoor’s pictures of his transformation has come about, we have been reading an array of inspirational interviews about how losing all the extra flab over a period of 2 years wasn’t a cakewalk for him at all! And that is exactly when Gautami Kapoor revealed to a media portal why she and hubby, Ram Kapoor haven’t ever participated in Nach Baliye, given that they are one of the most sought after celeb jodi. Revealing that they have been approached for the show for over 4 times and they have been rejecting it, Gautami shared, “I have had my pregnancies, both of them almost one after the other and there is not much of a gap in between both my kids. And now I guess the makers are fed up of calling us.” 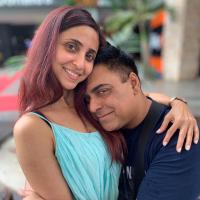 Coming back to Ram Kapoor’s weight loss story, ever since Ram and Gautami have posted the ‘before and after’ picture of the former, the duo has been flooded with questions about his drastic weight loss. Answering to many people’s question which suggested that Ram might probably have gone under the knife for his humongous weight loss, his wife Gautami had revealed it all in an interview with The Economic Times. She had shared, “Fitness is something very personal. No one can push or force the other into fitness. With Ram, when he decided to do it, he went for it. He is a foodie so for him to lose weight and control his diet, is a big thing. He has taken a long time to lose all the weight. He has not supplemented and it is going fit completely in a natural way. He has not gone undergone any surgery as people feel and has opted for the natural way. Ram still feels that he has just come halfway through and will take another 6 months to achieve his goals and reduce more weight and become almost half the size that he is now.” (Must Read: Chhavi Mittal Gets Back To Her Fitness Routine While Husband, Mohit Hussein Takes On The Baby Duty) 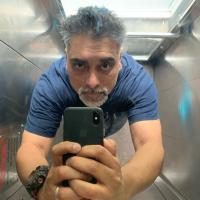 Gautami Kapoor had further added, “Ram says that fitness is an addiction and now that he has reached up to this level, he wants to achieve it all.” Not just hubby, Ram Kapoor, Gautami Kapoor had also thrown light about her own fitness regime. She had added, “I have been working out since younger days and it is a part of my life. I eat everything and have a great appetite but it is all disciplined. I have been into fitness from the past 20-25 years and I have been exercising from the age of 14. I have always done exercises without fail and have always been a fitness freak. Fitness for me is my lifestyle. If I don't work out, I will go into depression I feel. At the time of both my pregnancies, I was on my feet, working till the last day.” 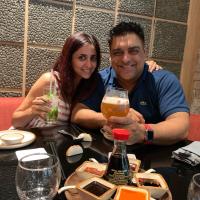 Ram Kapoor had earlier spoken about his weight loss journey in an interview to the Mumbai Mirror. He had shared, “I was 130 kgs when I started and I want to lose another 25-30 kgs.” The 45-year-old actor had revealed that his journey towards fitness had started two years ago when he was 43. Talking about the same, the Student Of The Year actor had stated, “I decided that if I wanted to do achieve my weight goals, I will have to take time off from work. It would need to be a substantial length of time- six months to a year.” 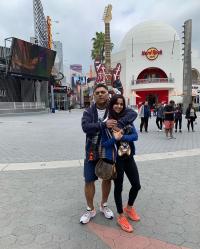 Ram Kapoor had revealed that why after so many years, he thought of taking fitness very seriously. The Kasam Se actor had shared, “I was always overweight and comfortable with my weight. It never bothered me, so I never thought of losing weight. My family will always love and respect me, no matter how I look. But I did not want to set a wrong example for my children. Today at the age of 44, I want to be healthier. They are growing up fast and I want to be the right role model for them. I wanted to do this for my wife, my kids and myself. I want to live longer and be with them.” 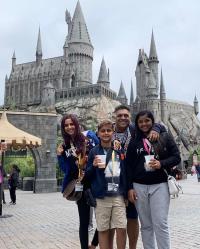 Ram Kapoor had also revealed that he hasn’t reached his goal yet. He had stated, “I have been trying to lose weight since last 2 years. I had told myself two years ago that I have to lose weight and was desperately trying. I used to diet for two/three hours while I was working on different projects, but the results were not that effective. Finally, in 2019, I decided to take a break from work for an entire year and started working on my goal. I had so much to do, and I wanted to do it properly. I started in January this year and till now the progress has been good. I am 60 per cent there but I still have to achieve 40 per cent. My goal is to be 80 kilos by December 2019.” (Also Read: Splitsvilla 10 Winner Baseer Ali Turns 'Mental Coach' And Gym Buddy For Ladylove, Stayce Ponomareva) 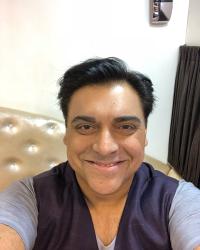 Well, we hope that the makers of Nach Baliye pay heed to this and once again approach them for Nach Baliye! We are already excited with just the very thought of this couple taking a jig together!