Arjun Kapoor and Anshula Kapoor are back to giving the world out there some serious goals. Arjun pointed an uncanny resemblance between mom, Mona and sister, Anshula. 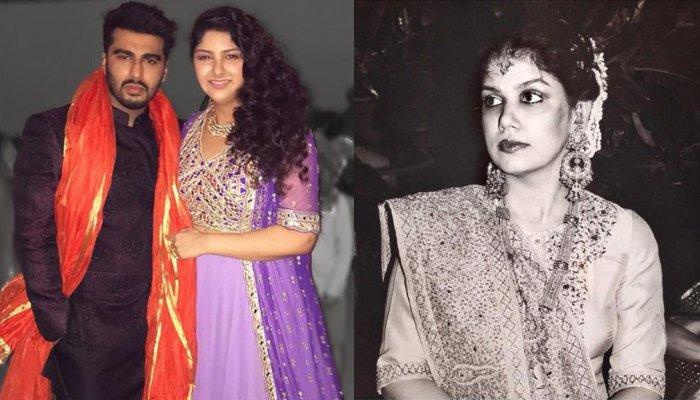 Having a sibling is not always the best feeling (for there are more fights than love) and you might always think of ways to trouble one another. But when you even try to imagine a life without them, you shudder and want to run to them and never let them go! They might deliberately eat that saved ice-cream of yours and replace it with frozen milk, but when it comes to times of distress, you will always have their back. Aree, ekbar pooch ke toh dekho! If you talk about celebrity brother and sister pair in Bollywood, one sibling duo that never fails to give us goals is Arjun Kapoor and his baby sister, Anshula Kapoor. (Do Read: Sushmita Sen Had Gifted Charu Asopa Sen Her Wedding Lehenga, She Shares A Heartfelt 'Thank You' Note)

Arjun Kapoor and Anshula Kapoor never shy away from expressing some sibling love for each other on social media. Let us give you an instance of the same. Anshula, usually a very diligent Instagrammer, wasn’t very active on the social networking site for almost a month. Her comeback post on Instagram had a very cryptic meaning hidden behind it. The same could be read as, “Good things happen, love is real. We will be okay”, which was captioned as, “#KeepTheFaith #YouWillBeOkay.” While this made fans and netizens wonder if everything is okay with Anshula, her doting brother, Arjun, posted a single comment which must have warmed millions of heart! The Panipat actor’s comment on his sister’s post could be read as, “Not will be… you ARE better than okay…” Here is a snapshot of the same: 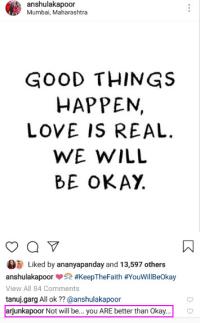 And once again, Arjun Kapoor and Anshula Kapoor are back to giving the world out there some serious goals. Arjun, a while back, took to Instagram and posted a black and white picture of mommy, Mona Shourie Kapoor and sister, Anshula Kapoor, all decked up in their traditional best. The picture depicted an uncanny resemblance between Mona ji and Anshula, which Arjun pointed out and wrote, “Forget like father like son, its always like mother like daughter”, to which sissy Anshula had commented, “Love you", on the picture.

On December 04, 2018, what looks like Anshula Kapoor was feeling low and missing her mother, Mona Shourie Kapoor terribly, the star sister had shared a throwback picture of her mom and had written, “Come back na Ma Can you ever become too old to stop needing your mom’s hugs? Being an “adult” is hard, but it sucks extra hard on some days. Today is one such day where all I want is to have kadi chaawal with mom & hear her laugh one more time. Miss you Ma. #AlwaysAndForever”. (Also Read: Parineeti Chopra Shares Interesting Details From Priyanka Chopra And Nick Jonas' Joota Chupai Rasam) 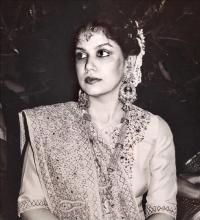 Bhaiya Arjun Kapoor couldn’t resist posting an open reply for his baby sister, in response to her post. Sharing an encouraging note, Arjun had written, “I know she is my sister and I can pick up the phone and tell her this... But strangely sometimes it is easier posting things. It feels cathartic. It's okay Anshula Kapoor, you don't have to be an adult all the time." Referring himself as a "useless man-child" and thanking Anshula for standing by him through thick and thin, Arjun had added, "You handle me, the most useless man-child in the world and you still manage to keep your sanity. It's fine. We will take things one day at a time." 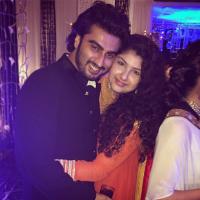 Arjun Kapoor had further concluded the post with, “I wish I could be more like her or just give you the time with her that you crave but the reality is that I can't even be like her even if I try. She was special and unique and you are more of an extension of her than I can be... Love you. I'll be home soon to trouble you.” 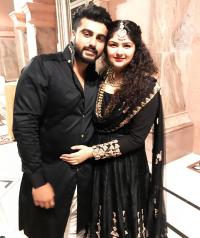 On September 2018, Arjun Kapoor’s darling sister, Anshula Kapoor was reportedly admitted to the hospital due to a migraine attack. Arjun, who was busy shooting for a film outside the country, had immediately rushed back in Mumbai to be with his sister. Sharing a throwback picture with his mum, Mona Shourie Kapoor and sister Anshula Kapoor, Arjun Kapoor had penned an emotional note for his followers, where he had shared the importance and need to value one’s family. The note could be read as, “Guys today is throwback Thursday. Today I genuinely felt so conflicted as I woke up wondering if all the madness the chaos is all worth it if your loved ones aren’t ok and aren’t a 100 percent. The world ceased to exist for me when my sister wasn’t well for the last few days. I missed my mother even more because I felt vulnerable n helpless sitting in Pokhara trying to be professional because that’s what an actor is supposed to be in that moment.” 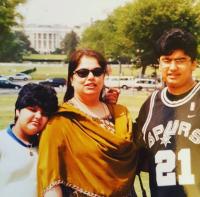 Arjun Kapoor’s note had concluded with, “I realised this week I can handle n face the world as long as my world is fine and the people I care for are okay, otherwise everything kind of feels pointless. This post is just a rambling of thoughts because I realised we are so caught up in trying to run we forget to sometimes just stand breathe n take it all in. I’m grateful and thankful for a lot of things I have seen highs & lows good days and bad days but I know I want to be a more positive person and believe after the dark comes the light and as long as you are by my side I can face it all @anshulakapoor love you and love this really amazing hairstyle u got going back in the day. Ps - all you guys reading this go hug your parents n siblings even if they get confused with the sudden burst of love n affection.” (Must Read: Aishwarya Rai, Abhishek Bachchan And Aaradhya Spend Quality Time With Navya Naveli Nanda In New York) 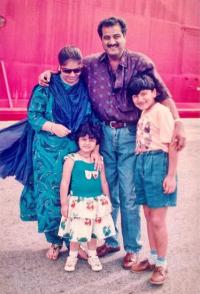 How we love Arjun Kapoor for being so thoughtful! Loads of love to them. 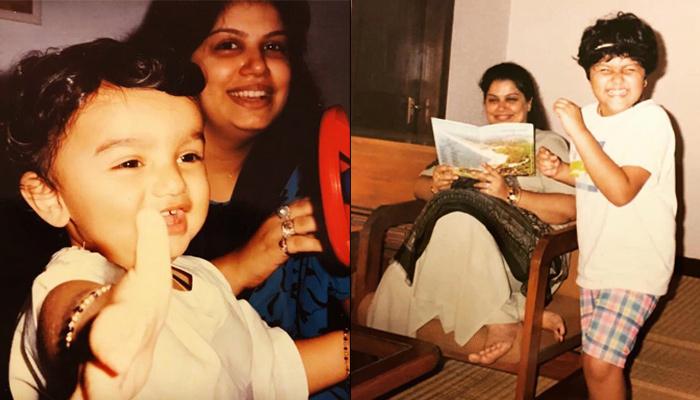 ‘God couldn’t be everywhere, so He created mothers’, no matter whoever comes in our life, be it happiness or sadness, be it we fall or rise, we need our mothers! Mothers are our most priceless possession and we cannot ever think of departing with her forever. But sadly Bollywood’s star sibling