Bollywood actor, Arjun Kapoor tried to find a picture of himself and his daddy, Boney Kapoor on Father's Day 2022. Check out what he got instead!

Producer, Boney Kapoor was first married to Mona Shourie for over a decade before he had fallen in love again with the iconic actress, Sridevi. He had two children with Mona, namely Arjun Kapoor and Anshula Kapoor. And after his second marriage to the Hawa Hawai actress, the couple had welcomed two beautiful daughters, Janhvi Kapoor and Khushi Kapoor.

In a cruel twist of fate, Mona Shourie had died of cancer in 2012, a few months before Arjun’s acting debut. And similarly, Sridevi had taken her last breath in 2018 in a mysterious death from drowning in Dubai, before the release of Janhvi’s debut film, Dhadak. But it was the tragic passing of Boney’s second wife, Sridevi, that had brought his four children closer to each other.

Recommended Read: Shraddha Arya Gets A Tattoo For Her Hubby, Rahul Nagal, Proves She's The Best Wifey In The World 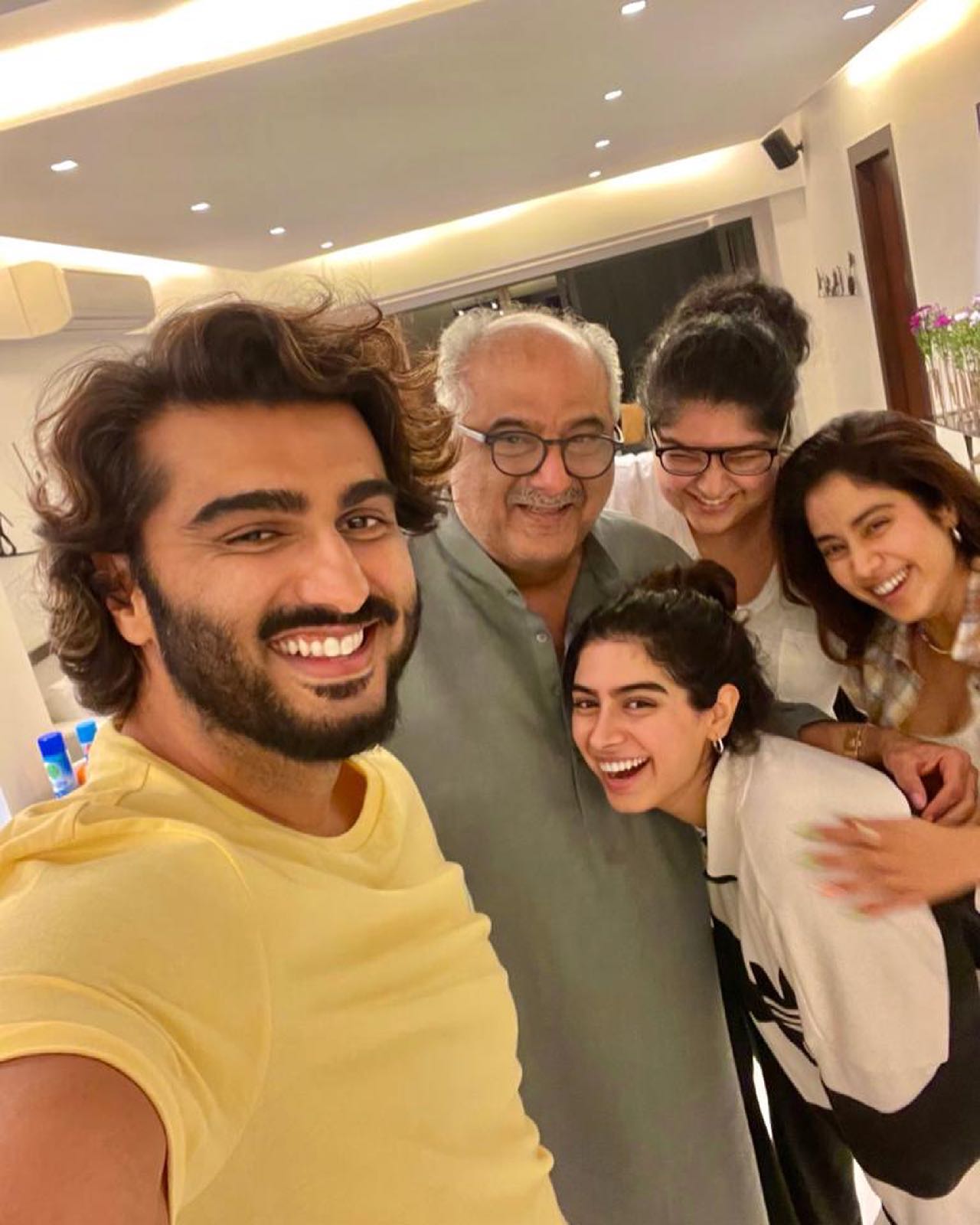 June 19, 2022, marked father's day and to wish his father, Boney Kapoor, the doting son, Arjun Kapoor shared a picture on his IG handle, which is too hilarious to miss. The image did not feature Arjun but his step-sister, Khushi Kapoor, hugging her daddy. Alongside the picture, Arjun mentioned that he tried hard to find photos of his dad with him but ended up getting more pictures of Khushi and Boney. In the post, Arjun also tagged his sister, Anshula and step-sister, Janhvi. After which, Khushi took to the comment section and wrote, “The favourite child.” Arjun’s caption can be read as:

“I tried finding pictures of dad with me but only found more images of him with @khushi05k #HappyFathersDay from khushi & gang @boney.Kapoor@anshulakapor
@janhvikapoor.” 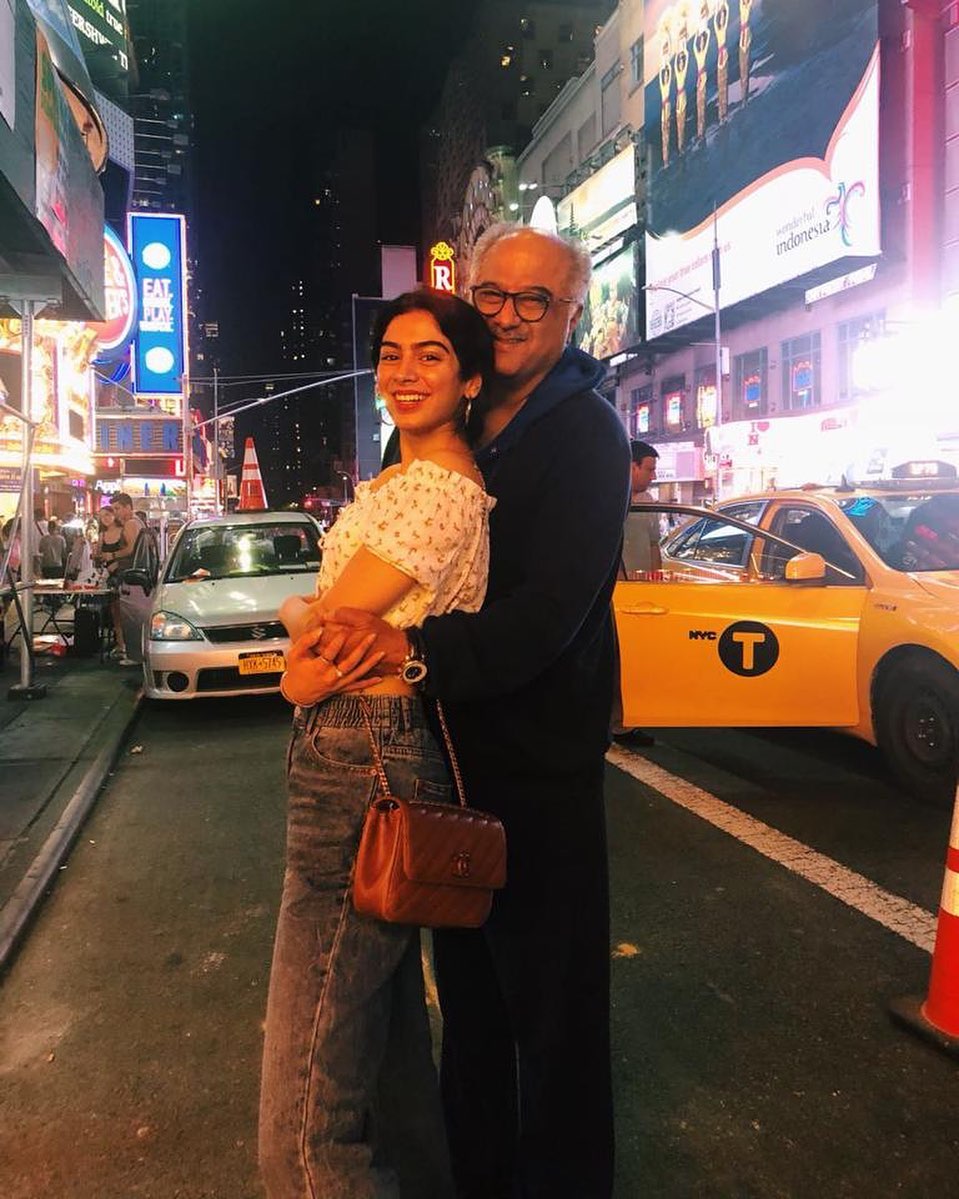 In an old interview with Film Companion, Arjun had talked about his relationship with his father, Boney Kapoor, which had got strained after he had got separated from his mother, Mona Shourie. Arjun had said that his mother’s upbringing has always taught him to stand by his father and his family no matter what. In his words:

“My mother’s upbringing came in my head. She would’ve told me to be by my father’s side regardless of what obstacles we face, because of a choice he made where he fell in love. And I respect my father for falling in love again. Because love is complex. And we would be silly and churlish sitting here in 2021 saying that you only fall in love once. It’s very Bollywood-ised. Love is complex, love is complicated, love isn’t always about being in love.” 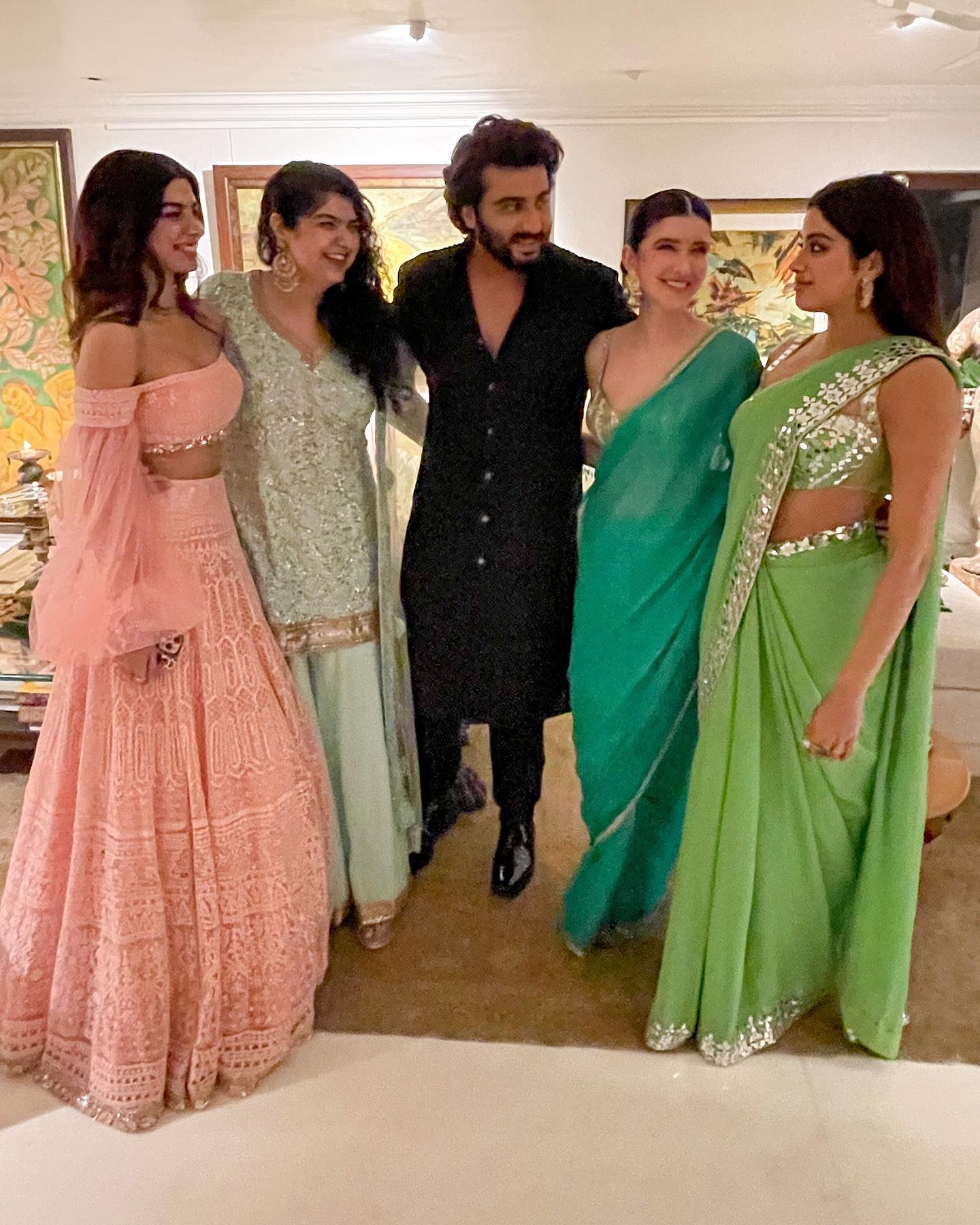 Earlier, in a conversation with Forbes, Boney Kapoor had mentioned how his four children had become his pillar of strength after the untimely demise of his second wife, Sridevi. He had shared how his children had braved the situation and had showered him with love when he was grieving. Boney could be quoted as saying:

“Our family, especially all my four children, have stood together and braved this situation. They are now the pillars of my life and I look to them for all the love, support and affection.” 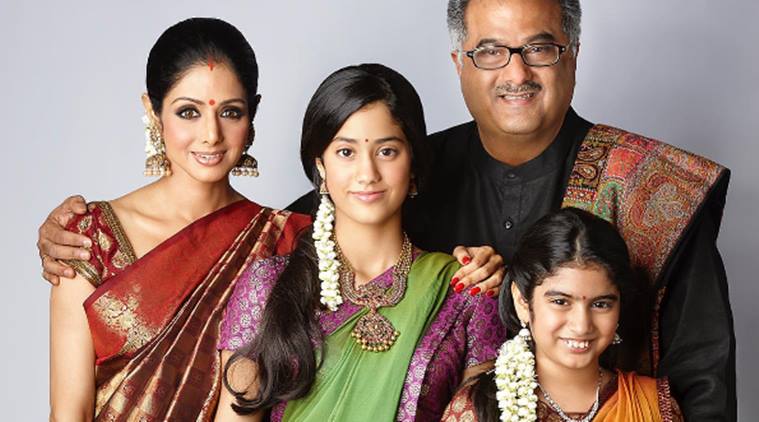 Boney Kapoor indeed shares a warm bond with all of his children. What do you think? 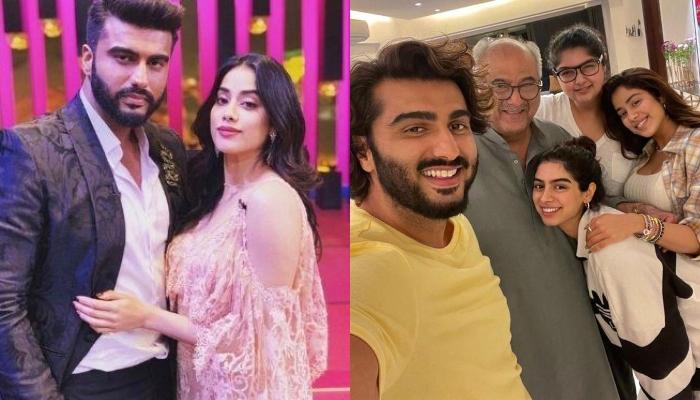 Bollywood filmmaker-producer, Boney Kapoor is living a happy life with his kids, Arjun Kapoor, Anshula Kapoor, Janhvi Kapoor and Khushi Kapoor. For the unversed, Arjun and Anshula are Boney's kids with his first wife, Mona Shourie. Later, he parted ways with her and got married to Sridevi. The couple was then blessed with