Arjun And Anshula Kapoor Pen Heartfelt Note For Their Mom, Mona Shourie, On Her Death Anniversary

On Mona Shourie's tenth death anniversary, her kids, Arjun Kapoor and Anshula Kapoor penned down heartfelt notes remembering her and shared throwback pictures with her. Check out!

Mothers are God's gifts to their kids and they used to have a special bond with eachother. Losing them breaks our hearts into millions of pieces. A similar kind of bonding was between the celeb kids, Arjun Kapoor and Anshula Kapoor with their mother, Mona Shourie Kapoor. However, on March 25, 2012, Mona had left for the heavenly abode after a long battle with cancer. But Mona's loving son and daughter have treasured her in their hearts forever.

For the unversed, Arjun Kapoor and Anshula Kapoor are kids of filmmaker, Boney Kapoor from his first wife, Mona Shourie Kapoor. And today on Mona's tenth death anniversary, both Arjun and Anshula have written heartfelt notes for their mother with the hope that their beloved mother showers love over them from heaven.

Arjun Kapoor Twins With Anshula Kapoor On 'Bhai Dooj', Their Wishes For Each Other Shows Their Bond

Anshula Kapoor Opens Up About Her Bond With Brother, Arjun Kapoor, Calls Him 'My Sounding Board' 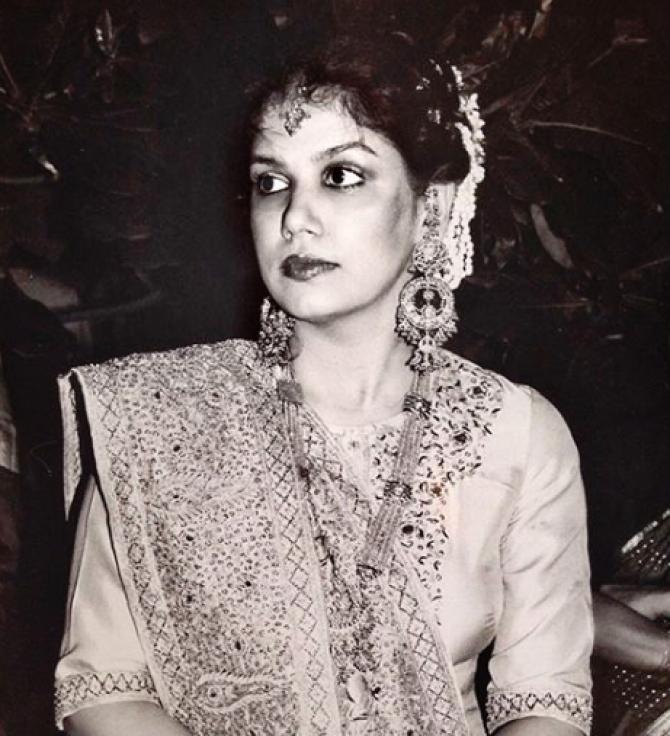 An hour ago, Anshula Kapoor took to her IG handle and shared a throwback picture with her late mother, Mona Shourie Kapoor and elder brother, Arjun Kapoor. In the picture we can see, young Anshula was sitting on her mom's bed while having a glass filled with milkshake and Arjun sitting on the floor while their mother was reading their notebooks. Along with it, she penned down a long note mentioning about every minute thing she misses after her mom's demise. Taking examples from the mundane things the mother-daughter used to do together, Anshula mentioned how much she misses Mona. An excerpt from Mona's note can be read as:

"Today is one of those days when I really don’t want to get out of bed. I miss this. I miss us. I miss the everyday mundane things we did together. I miss us being together. I miss sitting cross legged on your bed, eating dinner and watching TV. I miss talking your ears off non stop for hours. I miss waiting for you to come home from work so that we could talk about our days and just be. I miss you telling bhai and me to stop arguing. I miss eating Natural’s ice cream with you. I miss you reminding me to wear sunscreen. I miss laughing at lame jokes with you. I miss dreaming dreams with you. I miss feeling your love surround me like a blanket - its how I felt whenever you smiled at me. I miss how safe and loved I felt with you next to me. I miss your voice, I miss your hugs, I miss your hand on my head, your fingers running through my hair." Further, in the note, Anshula wrote how March 25, 2012, was the saddest day for her as she held Mona's hand for the last time. She concluded the note by asking her late mother whether she can hear her from heaven. She penned:

Suggested Read: Lock Upp: Sara Khan Breaks Down In Tears After Ex-Husband Ali Mercchant Dedicates A 'Shayari' To Her 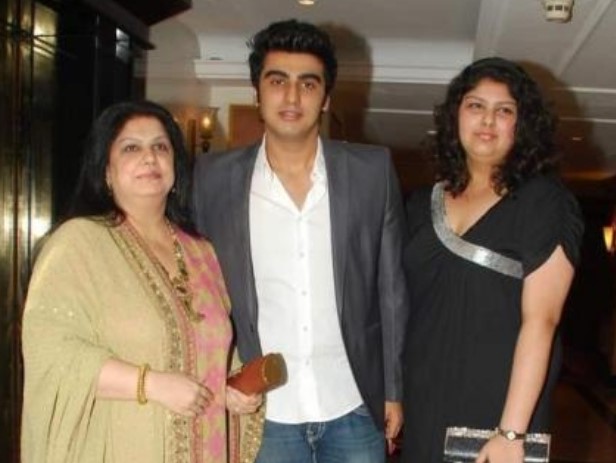 A few moments back, Arjun Kapoor also took to his Instagram handle and opened his heart out as he penned down his painful hope to meet his late mother, Mona Shourie Kapoor sometime again in his life. Arjun's note spoke volumes about the pain he felt on his mother's death anniversary. Along with the note, Arjun posted a beautiful picture of his childhood days, wherein his late mother was seen having a happy moment as little Arjun was in her arms. Sharing the picture, Arjun wrote:

"That’s where we will meet again Maa... up there from where you watch over ansh & me... I miss you can’t wait to see u again get held by u one more time hear ur voice one more time see u smile one more time... I’ll see u soon... 10 years since I saw u last... everything in this life is redundant & pointless... the success the failure the good the bad they all remind me of not having u here... life is unfair... it’s been unkind...u were taken away to early to see ur sacrifices pay off..." Arjun further in his note mentioned that his smile has vanished since the day his mother, Mona has left the world. He mentioned that without her, Arjun is incomplete. Arjun concluded the note as:

"Everyone looks at my face and says I don’t smile enough but how to tell them that my smile left me 10 years back... who will understand that without u around I don’t know what I am without u around I don’t function like a normal kid without u around I’m unable to just be ok... anyway enough of my rant for today... todays a shit day, tomorrow might be better or worse... but I won’t have u around to help me deal with it I’ll just have to fight it on my own and hope ur watching from above and are proud of Arjun your warrior." Well, Arjun and Anshula's heartfelt note was enough to make us teary-eyed and understand their bond with their mom, Mona.

Next Read: Anupam Kher Reveals Being A Son Of A Kashmiri 'Pandit', And His Role Is A Tribute To His Late Father 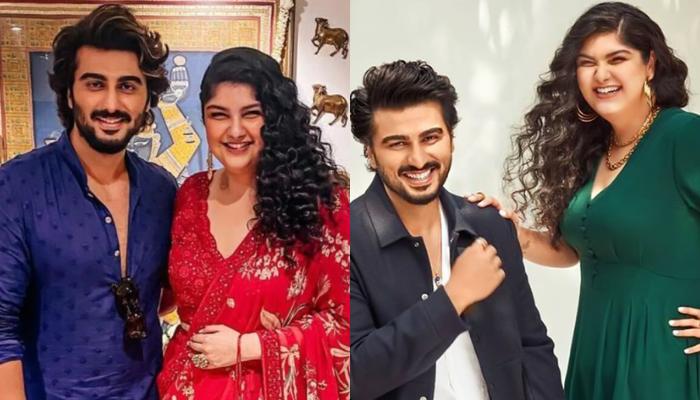 One of the coolest brother-sister duos in Bollywood, Arjun Kapoor and Anshula Kapoor are a tightly knit, laughing riot in real life. Their binding is impeccable, and their funny banters can make anyone go ROFL. And now, as Arjun’s darling sister turned a year older, he took to his social